Is Trump a Productive/Malignant Narcissist?

Narcissus by Caravaggio, gazing at his own reflection (credit: Caravaggio), representation of Narcissistic Personality Disorder 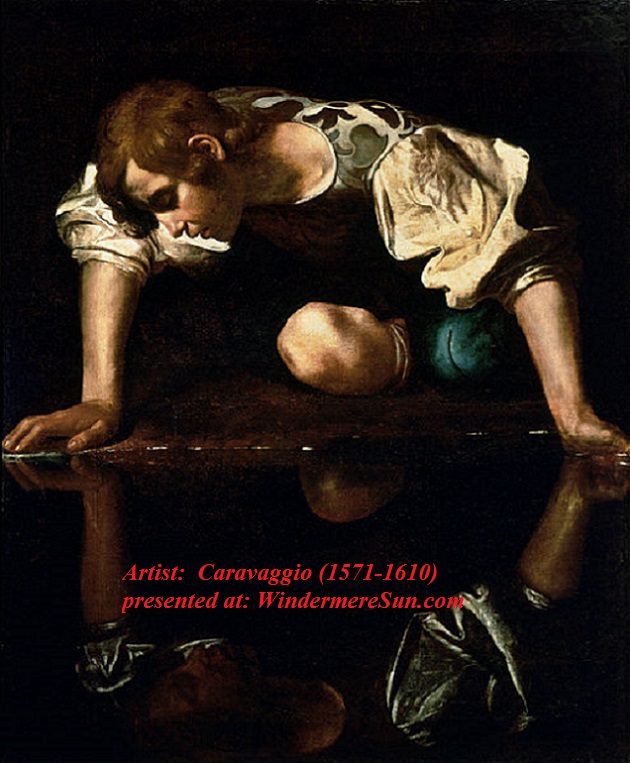 Narcissus by Caravaggio, gazing at his own reflection (artist: Caravaggio), representation of Narcissistic Personality Disorder

President Trump seems to have this inability to restrain himself from blurting out sensitive intelligence information when meeting with high ranking officials or leader of other nations. This time it is during the meeting with Philippine President Rodrigo Duterte, Trump blurted out information about locations of two U.S. nuclear submarines (I imagine their locations would have changed by now). Below is a report by Rachel Maddow regarding this:

Below, is an interview of an author and psychiatrist Dr. Leonard Cruz (coauthor of DSM5 Insanely Simplified and editor of A Clear and Present Danger: Narcissism in the Era of Donald Trump) by David Parkman: According to Dr. Cruz, often time the narcissistic behavior may be conditioned by the environment. Do you think Donald Trump is a productive narcissist? I wonder if  the U.S. presidency would provide the fertile environment for narcissistic expression? Perhaps that is why there is a saying, “Absolute Power Corrupts Absolutely.”  Dr. Cruz comments that some of Trump’s behavior in tapping into the collective psyche and skillful manner in which he was able to promise the moon to a segment of the American population is quite amazing and may potentially be quite dangerous. Dr. Cruz further explained that a narcissist tend to treat others and those around them as inanimate objects, treating another human dismissively or scornfully after that human no longer serves any useful purpose.

Below, is an analysis by two psychologists on Trump’s extreme narcissism:

There are also other psychiatrists who are concerned about Trump’s “Dangerous Mental Illness”, in the video below:
These commentators above do bring out some good points: perhaps requirement of presidential candidates/nominees to provide tax returns, psychiatric evaluation, and medical records in the future would be a good idea, given that U.S. Presidency is a very influential position and would have access to much sensitive intelligence information in the free world.

Gathered, written, and posted by Windermere Sun-Susan Sun Nunamaker
More about the community at www.WindermereSun.com
Any comments, suggestions, concerns regarding this post will be welcomed at info.WindermereSun@gmail.com