Special Report on Trump’s Meeting With The Pope 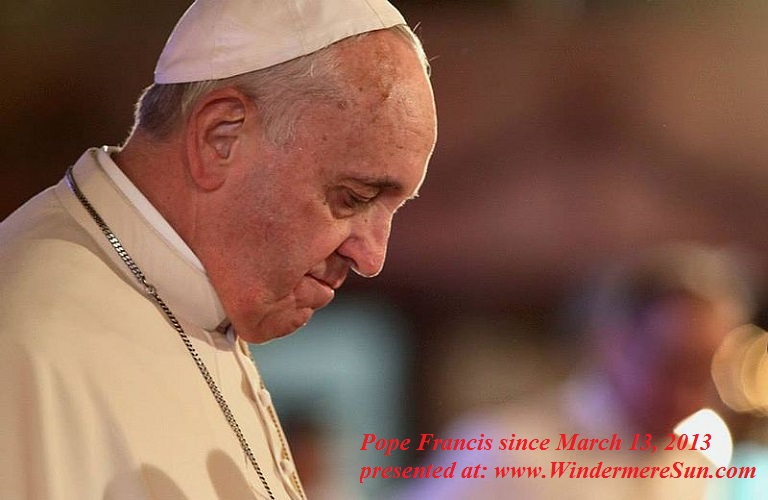 On Wednesday, May 24, 2017, President Trump had the opportunity of meeting the Pope Francis in person, later stating the meeting being “honor of a life time”.

One thing one can say about Trump: he is not rigid. About a year ago, the Pope Francis commented that Candidate Trump’s call to  build a wall (instead of a bridge) is not  Christian. Trump respond angrily, saying “for a religious leader, to question a person’s faith is disgraceful.” But today, the Pope Francis and President Trump met each other with open hand shake. Pope gave Trump his encyclical, where he makes a passionate case for fighting climate change. At meetings today, the Vatican urged Trump not to drop out of the Paris Accord/Paris Agreement on climate change. President Trump promised to consider Pope’s request and said, “I won’t forget what you said.” Let’s hope that President Trump was truly moved by  Pope Francis and will reconsider his position regarding climate change. Thank you, Pope, for being persuasive and helping the planet earth.


Any comments, suggestions, concerns regarding this post will be welcomed at info.WindermereSun@gmail.com