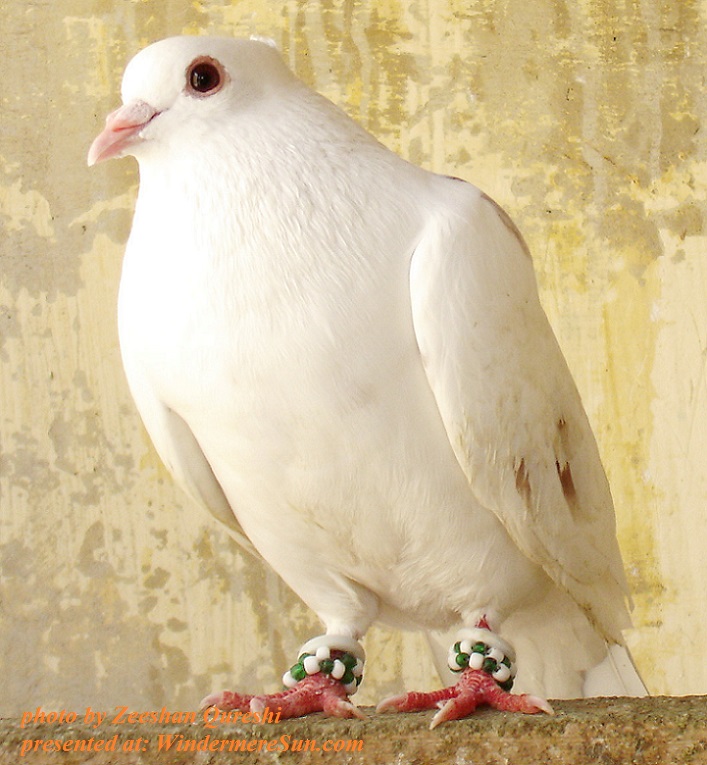 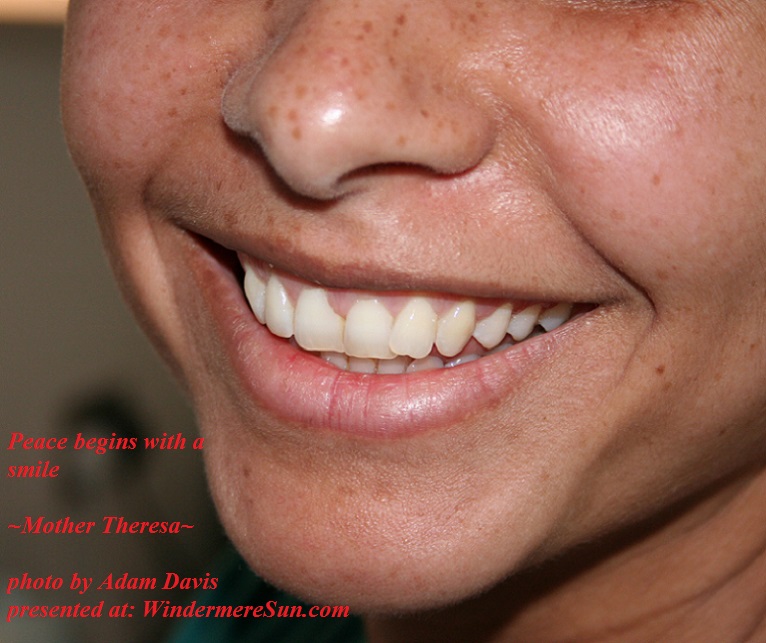 Peace begins with a smile (quote of Mother Theresa, photo by Adam Davis)

Ever though of keeping pigeons as pets?

Pigeons have made contributions of considerable importance to humanity, especially in times of war. In war the homing ability of pigeons has been put to use by making them messengers. So-called war pigeons have carried many vital messages and some have been decorated for their services. Medals such as the Croix de guerre, awarded to Cher Ami, and the Dickin Medal awarded to the pigeons G.I. Joe and Paddy, amongst 32 others, have been awarded to pigeons for their services in saving human lives.

Peace begins with a smile (quote of Mother Theresa, photo by Adam Davis)

Mother Theresa once said, “Peace begins with a smile.”

Mother Teresa, known in the Catholic Church as Saint Teresa of Calcutta (born Anjezë Gonxhe Bojaxhiu; Albanian: [aˈɲɛzə ˈɡɔndʒɛ bɔjaˈdʒiu]; 26 August 1910 – 5 September 1997), was an Albanian–Indian Roman Catholic nun and missionary. She was born in Skopje (now the capital of the Republic of Macedonia), then part of the Kosovo Vilayet of the Ottoman Empire. After living in Macedonia for eighteen years she moved to Ireland and then to India, where she lived for most of her life.

In 1950 Teresa founded the Missionaries of Charity, a Roman Catholic religious congregation which had over 4,500 sisters and was active in 133 countries in 2012. The congregation manages homes for people dying of HIV/AIDS, leprosy and tuberculosis; soup kitchens; dispensaries and mobile clinics; children’s- and family-counselling programmes; orphanages, and schools. Members, who take vows of chastity, poverty, and obedience, also profess a fourth vow: to give “wholehearted free service to the poorest of the poor”.

Teresa received a number of honours, including the 1962 Ramon Magsaysay Peace Prize and 1979 Nobel Peace Prize. She was canonised (recognised by the church as a saint) on 4 September 2016, and the anniversary of her death (5 September) is her feast day.

A controversial figure during her life and after her death, Teresa was admired by many for her charitable work. She was praised and criticised for her opposition to abortion, and criticised for poor conditions in her houses for the dying. Her authorised biography was written by Navin Chawla and published in 1992, and she has been the subject of films and other books.