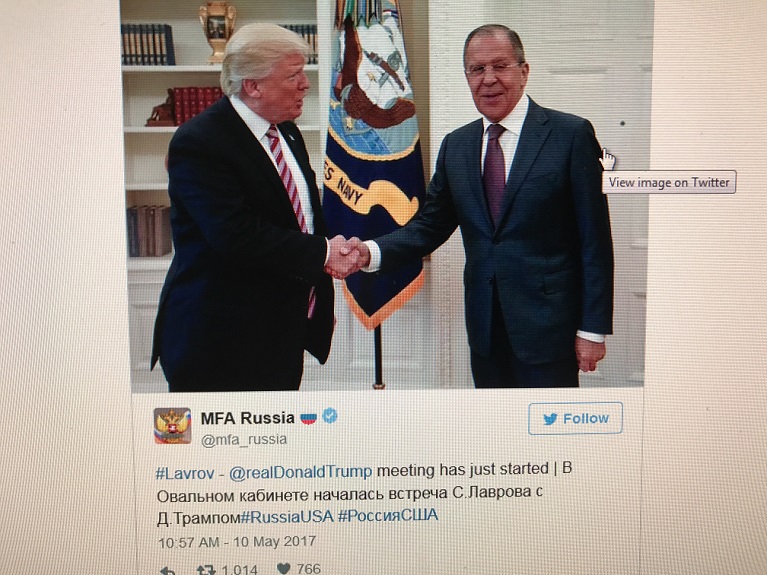 The Washington Post‘s Greg Miller and Greg Jaffe released an alarming post at 5:01 pm today, revealing that highly classified information to the Russian foreign minister and ambassador in a White House meeting last week, according to current and former U.S. officials, who said Trump’s disclosures jeopardized a critical source of intelligence on the Islamic State. Please refer to this article at: Trump revealed highly classified information to Russian foreign minister and ambassador.

Although President of the United States has the right to declassify information, if this is truly the case, it brings us the question as to the manner in which President Trump disseminates sensitive information. This would potentially damage our relationship to/with other nations and possibly negatively impact the national security.

How are the Republicans reacting to the: firing of former FBI Director James Comey and now the revealing of intelligence information with the Russian Foreign Minister and Ambassador. Much of the commentaries regarding the Trump’s visit with Russian officials last week, below:

All videos below may be seen at:  http://windermeresun.com/2017/05/15/trump-reveals-highly-classified-information-to-russian-foreign-minister-and-ambassador/
I
Below, is a commentary of Senator Bernie Sanders, and  an interview with Patrick Leahy regarding firing of former FBI Director Comey, “If Donald Trump Has Tapes ‘Let’s Hear What He Said’, below: