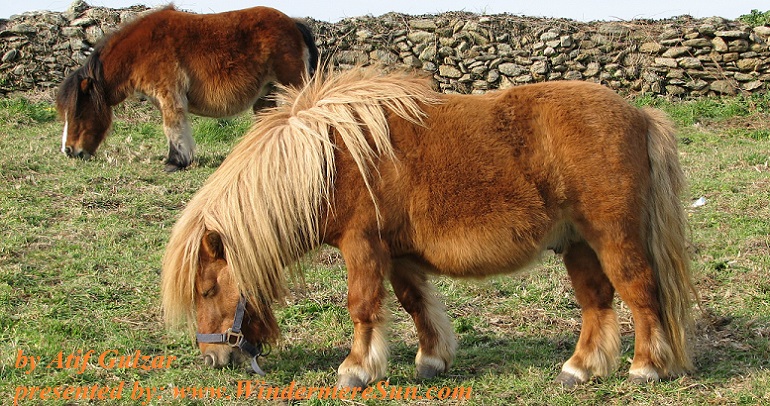 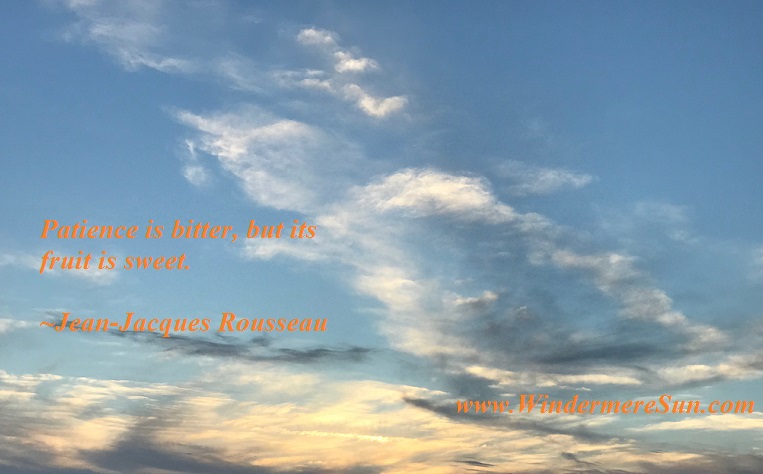 Patience is bitter, but its fruit is sweet. (quote by Jean-Jacques Rousseau, photograph by Susan Sun Nunamaker)

These ponies remind me so much of my stuffed animal pony?!

Patience is bitter, but its fruit is sweet. (quote by Jean-Jacques Rousseau, photograph by Susan Sun Nunamaker)

Jean-Jacques Rousseau once said, “Patience is bitter, but its fruit is sweet.” Below is taken from wikipedia, in italics.

Jean-Jacques Rousseau (/ruːˈsoʊ/; French: [ʒɑ̃ʒak ʁuso]; 28 June 1712 – 2 July 1778) was a Francophone Genevan philosopher, writer, and composer of the 18th century. His political philosophy influenced the Enlightenment in France and across Europe, as well as aspects of the French Revolution and the overall development of modern political and educational thought.

Rousseau’s novel Emile, or On Education is a treatise on the education of the whole person for citizenship. His sentimental novel Julie, or the New Heloise was of importance to the development of pre-romanticism and romanticism in fiction. Rousseau’s autobiographical writings—his Confessions, which initiated the modern autobiography, and his Reveries of a Solitary Walker—exemplified the late 18th-century movement known as the Age of Sensibility, and featured an increased focus on subjectivity and introspection that later characterized modern writing. His Discourse on Inequality and The Social Contract are cornerstones in modern political and social thought.

During the period of the French Revolution, Rousseau was the most popular of the philosophes among members of the Jacobin Club. He was interred as a national hero in the Panthéon in Paris, in 1794, 16 years after his death.

Effect on the United States of America

According to some scholars, Rousseau exercised minimal influence on the American founders like Thomas Jefferson despite the similarities between their ideas, such as shared beliefs regarding the self-evidence of the claim that “all men are created equal,” their shared conviction that citizens of a republic be educated at public expense, and the evident parallel between the U.S. constitution Framers’ concept of the “general welfare” and Rousseau’s concept of the “general will“; and the parallels between Jeffersonian democracy, and Rousseau’s praise of Switzerland and Corsica’s economies of isolated and self-sufficient independent homesteads and his endorsement of a well-regulated citizen militia, such as those of the Swiss cantons.

However, Will and Ariel Durant have opined that Rousseau had definite political influence on America. According to the Durants:

The first sign of [Rousseau’s] political influence was in the wave of public sympathy that supported active French aid to the American Revolution. Jefferson derived the Declaration of Independence from Rousseau as well as from Locke and Montesquieu. As ambassador to France (1785–89) he absorbed much from both Voltaire and Rousseau…The success of the American Revolution raised the prestige of Rousseau’s philosophy.

One of Rousseau’s most important American followers was textbook-writer Noah Webster (1758–1843), who was influenced by Rousseau’s ideas on pedagogy in Emile (1762). Webster structured his Speller in accord with Rousseau’s ideas about the stages of a child’s intellectual development.

Rousseau’s writings perhaps had an indirect influence on American literature through the writings of Wordsworth and Kant, whose works were important to the New England Transcendentalist Ralph Waldo Emerson, as well as on such Unitarians as theologian William Ellery Channing. American novelist James Fennimore Cooper‘s Last of the Mohicans and other novels reflect republican and egalitarian ideals present alike in Thomas Paine and in English Romantic primitivism.

You are cordially invited to peruse through more details of different periods of Rousseau’s life by clicking HERE.