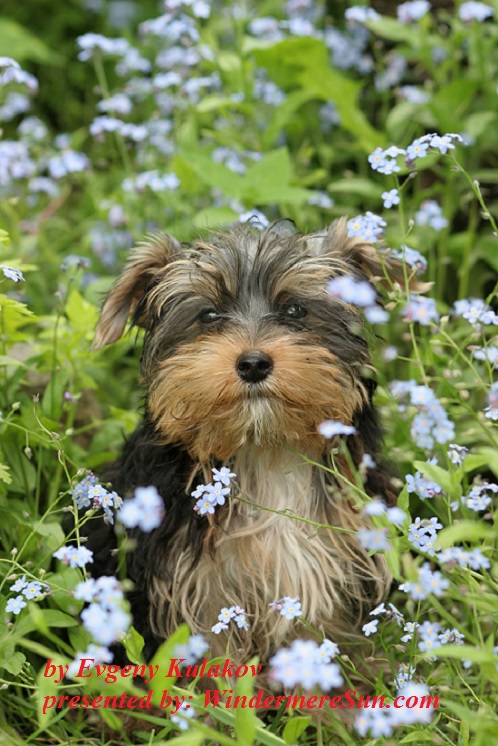 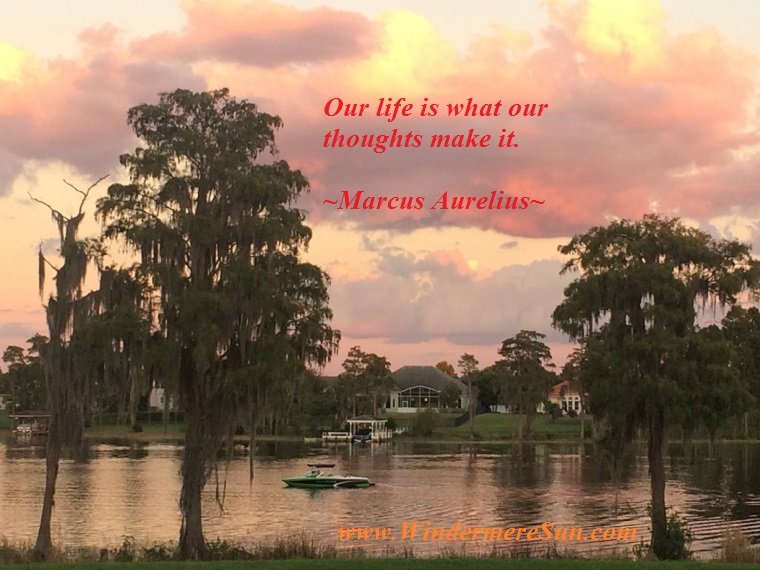 Our life is what our thoughts make it. (quote by Marcus Aurelius, photograph by Windermere Sun-Susan Sun Nunamaker)

Our life is what our thoughts make it. (quote by Marcus Aurelius, photograph by Windermere Sun-Susan Sun Nunamaker)

Our life is what our thoughts make it, quote by Marcus Aurelius.

Marcus Aurelius (/ɔːˈriːliəs/; Latin: Marcus Aurelius Antoninus Augustus; 26 April 121 – 17 March 180 AD) was Emperor of Rome from 161 to 180. He ruled with Lucius Verus as co-emperor from 161 until Verus’ death in 169. Marcus Aurelius was the last of the so-called Five Good Emperors. He was a practitioner of Stoicism, and his untitled writing, commonly known as Meditations, is the most significant source of the modern understanding of ancient Stoic philosophy, and although it is not as well-known as Plato’s Dialogues or Aristotle’s Nicomachean Ethics, the Meditations is nevertheless considered by many commentators one of the greatest works of philosophy.

During his reign, the Roman Empire defeated a revitalized Parthian Empire in the East: Aurelius’ general Avidius Cassius sacked the capital Ctesiphon in 164. In central Europe, Aurelius fought the Marcomanni, Quadi, and Sarmatians with success during the Marcomannic Wars, although the threat of the Germanic tribes began to represent a troubling reality for the Empire. A revolt in the East led by Avidius Cassius failed to gain momentum and was suppressed immediately.

Aurelius’ Meditations, written in Greek while on campaign between 170 and 180, is still revered as a literary monument to a philosophy of service and duty, describing how to find and preserve equanimity, a state of psychological stability and composure, in the midst of conflict by following nature as a source of guidance and inspiration.