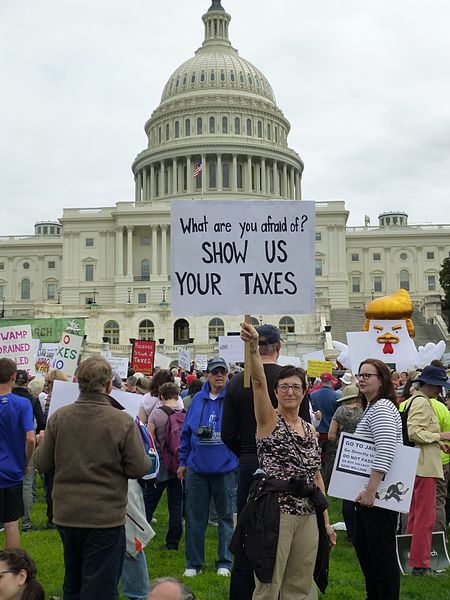 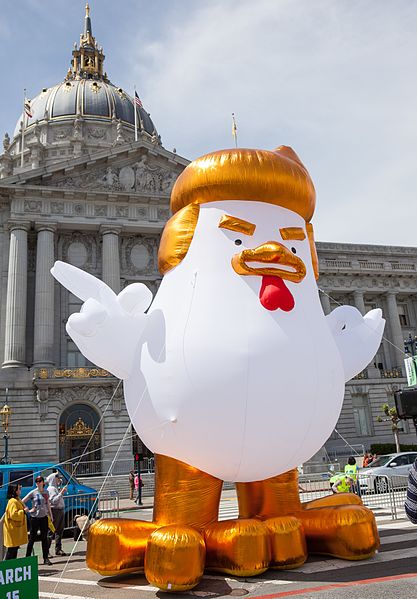 The Tax March was a series of demonstrations held in more than 150 locations throughout the United States on April 15, 2017. The intent was to pressure U.S. President Donald Trump to release his tax returns.

At least 180 march events were organized in the United States and abroad. The protests were a response to the perceived lack of transparency in the Trump administration, and the fact that President Trump still had not released his tax returns by that date, contrary to his promise that he would. April 15 is the traditional deadline for filing income tax returns in the United States, though in 2017 the deadline is April 18 as the 15th fell on a Saturday.

The march organizers demanded that President Trump release his IRS tax returns, as he promised he would during his campaign. Tax Day protests have been held since the 1990s and earlier, although until then typically by libertarian groups. The Tea Party movement got started in part with a Tax Day protest on April 15, 2009.

After 300,000 American citizens signed an online petition on WhiteHouse.gov in January 2017, Trump spokesperson Kellyanne Conway announced Trump would not release his tax returns due to lack of interest. In response, a Tax Day March was planned for April 15, 2017, to be held in over two dozen major cities in the U.S., to pressure Trump to release his tax returns.

The idea for the march was originally proposed on Twitter on January 22, 2017 by law professor Jennifer Taub, followed soon after by comedian Frank Lesser. Some Tax Day march events were planned independently, without awareness of the tweets by Taub or Lesser.

Unlike most liberal protests in the United States, the Tax March did not focus on broad issues, but instead focused on a specific demand.

Taub, who proposed the march idea on Twitter, later joined the executive committee for the march. Lesser has also helped plan and publicize the event.

In early April 2017, march organizers wrote letters to Republican Congress members who had called on Trump to release his tax returns, asking them to attend the march and to “hold the President accountable”.

originally designed by a graphic artist in Seattle and manufactured in Zhejiang, China for the Chinese Lunar New Year (for the Year of the Rooster). The San Francisco Tax March organizer who ordered the first inflatables felt that they symbolized that “Donald Trump was a big chicken for not releasing his taxes.” Organizers using the Tax Day’s Facebook page chose to focus events on “government transparency, conflicts of interest and an unfair tax system,” according to CNBC.

These demonstrators may not have been able to get President Donald Trump to release his tax return, but they were able to get a very talented Donald Trump impersonator Anthony Atamanuik to show up, below:

All I can say is: Only in America, is this possible!

Gathered,  and posted by Windermere Sun-Susan Sun Nunamaker
More about the community at www.WindermereSun.com