Final Analysis of United-Dr. Dao Incident, Dr. David Dao Should Be Viewed As A Hero For American Consumers! 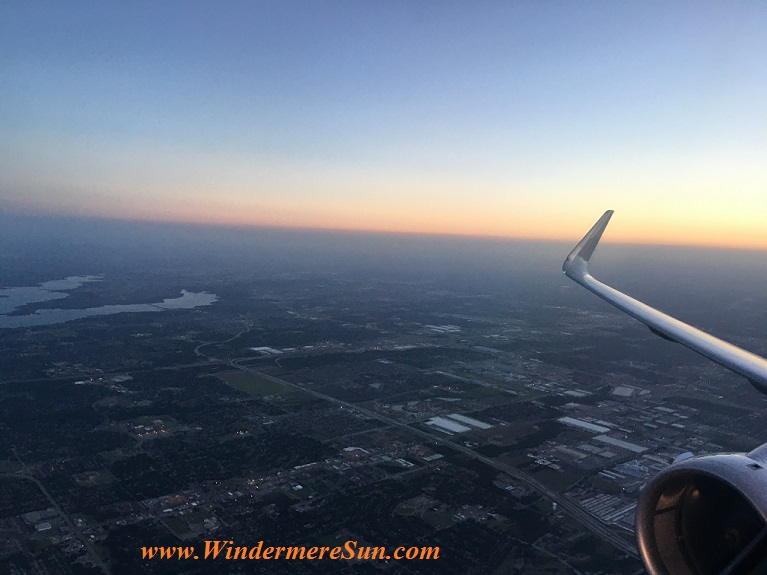 In light of our recent posts on Update on United Airlines Fiasco and United Airlines Inc. GOOFED Big Time, Upgrading From Breaking Guitar To Breaking Passenger, I got to thinking about several well known quotes:

Given the fact that there are lots of private charter companies with pricing similar to coach of large airlines available now, large airline companies really need to learn to be much “nicer” and more reasonable with treatment of their customers.

The reason there is such a public outrage is because for decades, airlines had been compensating customers with vouchers ( that expires in a year, with condition that they would have to sign to not sue the airline) instead of cash when they throw people off the plane and their contract of carriage has about 67,000 words, rendering almost impossible for customers to truly understand what the consumer rights are. Furthermore, airline lobbying group (with big bucks) prevents much of the reasonable consumers rights legislation to get through. Often the regulations are in place to protect corporations’ profits rather than consumers’ rights. It often would have to take a lawsuit in order for any reasonable change to take place. In essence, Dr. David Dao should be seen as a hero for the American Consumers, understanding his human rights and resisting an unreasonable treatment. In the process, he has accomplished in one day what many have tried  for over 30-40 years. This is the kind of Americans we want amongst us, who is willing to risk his own health to help us all to progress toward a more humane nation. Below, Ralph Nader, a long-time consumer advocate and many time presidential candidate , (who helped to force airlines to begin compensating passengers bumped from their flights back in the 70’s through a lawsuit up to the Supreme Court. The outcome of the lawsuit: 9-0 decision, the court ruled that any one with a confirmed reservation but was bumped,  would have a case under the Doctrine for Fraudulent Misrepresentation. Without Ralph Nader, bumped passengers would not have even gotten any compensations. Here is another hero travelers should remember) explains “why United Airlines behaved with such unbridled discretion to throw you off a plane”:

But our world is changing. With much more available private charter companies (often with equivalent of coach price or less) and transparency and immediate social media justice, airline companies are waking up to this new world where uncivil behavior would no longer be tolerated. Dr. Dao had done us all a favor by speeding up the process of certain consumer rights legislation to be passed and upping the cap of passenger compensation from $800 to $10,000. What he did in one day is worth more than what many have tried and failed for over 30 years. We should be thanking this 69 year old doctor who stood up to a corporation that had for decades lost or damaged people’s luggage/instruments without compensation and threw people off the plane without any apology. The public outrage had been building up for decades. It is time for big airlines to wake up because many small private charter companies will benefit from this fiasco.

Most (if not all) airline companies, as a rule, do not request frequent flyers to IDB (Involuntary Denied Boarding). But in our free market society, it is very important to keep in mind the importance of good will, with frequent flyers as well as non-frequent flyers. Just because a customer is not a frequent flyer does not mean he/she does not have potential of increasing or decreasing much potential future sales for an airline company. Our world is changing at a fast pace, availing consumers much options as technology and wealth of the society increase. Case in point, flying on a private jet used to be something only the wealthy and famous could afford. But that is no longer true. In some cases, one can fly on a private jet or plane for the cost of coach (or less) if one knows the right place to look. To name a few possibilities, below:

I. JetSuite:  There are some sites and private jet companies now following hotel websites and offering last-minute deals on unused inventory. Traveling with private plane is now more and more affordable. For example, JetSuite.com, available in more than 2,000 airports, offering “next-day” deals for flights with empty seats. JetSuite is a private jet charter company.The company was founded in 2006 by Alex Wilcox, Keith Rabin, and Brian Coulter. In 2008, the company was re-branded after a push from financial backers. Alex Wilcox currently serves as CEO of the Irvine, California-based company. In addition to receiving funding by private investors in 2010, Zappos CEO Tony Hsieh invested $7 million into JetSuite in 2011.Early on, the company was recognized for streamlining its business through the use of four-passenger Embraer Phenom 100s as its primary aircraft. This allows for fluid execution when it comes to conducting maintenance and piloting the aircraft. Moreover, these planes are fuel efficient because they consume 90 gallons of gas in an hour versus more than 230 gallons per hour on some other private jets. This fact allows for cost savings, which can be passed along to the consumer.

In 2012, JetSuite added the WiFi-enabled JetSuite Edition CJ3 by Cessna to its fleet. This plane can fly twice as far as the Phenom and seat six passengers (with an additional 7th sideways-facing seat). The fleet of JetSuite Edition CJ3s is available for flights east of the Mississippi, as well as to, from and within Texas. The company also promotes its SuiteDeals product via Facebook and its website. In 2014, it added a Wishlist feature which sends notifications via e-mail or text message about SuiteDeals. The company offers WiFi-enabled private flights throughout the United States, Mexico, and Canada. Unlike many of its counterparts, JetSuite does not require membership or ownership fees although it does have a membership option and is the only private jet charter company that offers guaranteed online pricing.. In 2013, JetSuite installed Aircell WiFi for its Phenom fleet. In June 2014, JetSuite doubled its Irvine office headquarters space. The company has doubled its business in each of the last four years. During its first five years of operations, JetSuite ranked as the fourth largest charter operator in total hours flown. JetSuite also offers SuiteKey memberships which are fully refundable pre-paid accounts.

The company earned the ARG/US Platinum safety rating – the highest-level safety audit rating in private aviation – in 2010 and has maintained it since for its flight safety standards. During 2011, the company’s jets flew over 10,000 times. In 2011, Singapore Airlines partnered with JetSuite to offer private jet connections between international flights landing in Houston (IAH), Los Angeles (LAX), San Francisco (SFO), New York City (JFK), and Newark (EWR) for its premium passengers.

II. Surf Air is a California-based airline that offers unlimited flights (billed as “all-you-can-fly”) for a fixed monthly fee. It charges $1,950 per month plus a $1,000 signup fee. The company uses single-engine turboprop Pilatus PC-12 aircraft. Jeff Potter is the CEO. The airline’s inaugural service in early 2013 offered West Coast flights between Silicon Valley (San Carlos Airport) and the Los Angeles area (Burbank Airport). It added Los Angeles area service to Santa Barbara Airport in July 2013 and Hawthorne Municipal Airport in December 2013. Truckee Airport, near Lake Tahoe, was added as a destination in May 2014 and flights to Carlsbad and Oakland, California began in late 2014. Service to San Jose International Airport was added in April 2016. According to its website, as of January 2017, the company services the California cities of Burbank, Carlsbad, Hawthorne, Monterey, Oakland, Napa, Palm Springs, San Carlos, San Jose, Santa Barbara, and Truckee. Surf Air does not operate outside California, but arranges flights to Las Vegas (McCarran International Airport) from Hawthorne Municipal Airport through a FAA/DOT certificated air carrier. Surf Air is exploring service into the following California destinations: San Diego and Mammoth Lakes.

These companies can afford to offer low rates for multiple reasons: 1. JetSuite.com are offering seats on flights that are not filled, given that about 40% of flights of these private charter companies have empty seats. 2. Companies would rather get some money than no money when flights are repositioning, picking up passengers in another city.3. Surf Air and FLITE Air Taxi can charge less because they use different planes, single-prop turbo planes that cost less to operate and use less fuel than their competitors with larger jets.

In essence, a totally transparent free market, with free information flow, and well informed general public will assure us all on our best behavior, individuals or corporations alike.