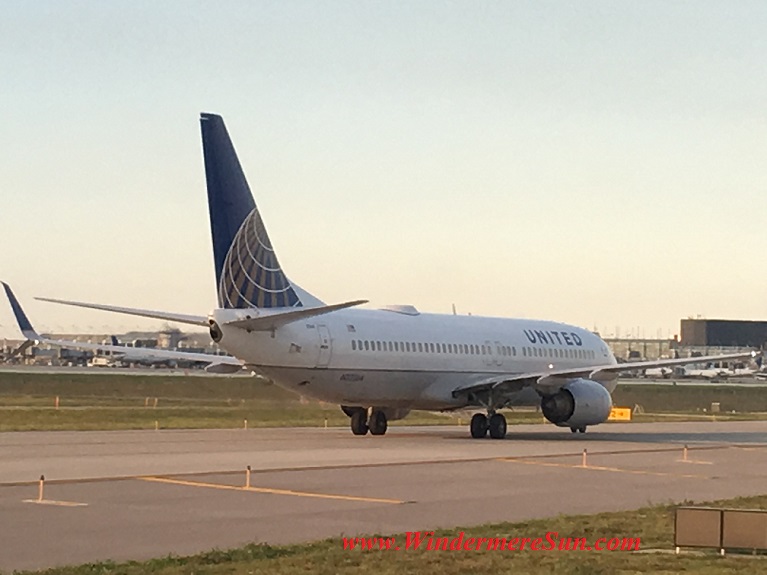 I’ve received so many comments and emails regarding the case of a Vietnamese American  Dr. David Dao being mishandled by United Airlines, Inc. in our post on “United Airlines GOOFED Big Time!!! Upgrading From Breaking Guitar to Breaking Passenger!” that I felt compelled to update our reporting of this particular case.

One important lesson learned from this incident: any individual or corporation would be well served to apologize speedily if any unfortunate mistake had occurred. It would short circuit a lot of problems and reduce the cost of damage. I remember once observing an American Airline attendant having conflict with a customer during flight. By the time the plane arrived at its destination, it was not the security unit but customer service representative that was at the gate taking care of resolving the issue very politely and quickly. It stands to reason that American Airlines had been able to operate much more successfully than many other airlines. Treating customers well simply makes good business sense!

There had been a lot of mis-information out there. So allow me to clarify: it is not a case of overbooking (overbooking means bumping a paying passenger for another paying passenger), but a breach of contract of carriage on the part of the United. Here is the more detailed explanation by an attorney on Reddit, below:


Instead of waiting for any regulatory agency to investigate, the Free Market had handed out its verdict or karmic retribution: a huge drop of close to $BILLION of United Airlines, Inc. stock valuation in 1.5 day!! United Airlines are due to lose millions of potential customers in the future in Europe and Asia. It is truly a victory for all American consumers and civil society. It has taught us all a very important lesson: any individual or corporation, when threaten others with violence, will have to be prepared to pay BIG for their uncivil behavior because all eyes are watching!!! Believe me, there are eyes every where, even in places where no one suspects. We are no longer living in the Wild Wild West, but in civilized and highly surveillanced society, where the uncivilized and unlawful behavior will be heavily penalized. Organization or corporation that are not able to adapt to our changing world will run the risk of  meeting heavy penalty.

After this incident, all airlines are re-evaluating their IDB (Involuntary Denied Boarding) policies. As a matter of fact, Delta took the lead by announcing that Delta is now letting employees to offer close to $10,000 in compensation to give up seats on overbooked flights. Then it would be VDB (Voluntary Denied Boarding) rather than IDB. I believe customers would have a much easier time in dealing with  VDB than IDB.

American Airlines also announced that they will never bump a passenger once they are seated.


Historically many airlines  did not expect passengers to be fully aware of their legal rights,  would succumb under the fear toward uniform, and became accustomed to rejecting passengers at will because  most passengers did not know their rights, did not resist, or passengers who resisted in the past did not have sufficient supporting evidence (it used to be the airline employees’ words against passengers’). For the first time, here is a passenger who is aware of his rights, resisted while maintaining his civility, and is supported by massive evidence publicly. In this case, we have all seen the video where Dr. David Dao was  already boarded, not disruptive, and refused to give up his seat to a non-paying employee after other paying passengers have also declined to give away their seats. Furthermore, Dr. Dao had phoned United Airlines before the confrontation to explain the fact that he is a physician who has to see his patients early next morning. Under these circumstances,  Dr. Dao was still bloodied by security personnel through illegal force, received a broken nose, lost his two front teeth, a concussion, and fear of flying for the rest of his life. There is a difference between what airlines are legally allowed to do vs. what airlines are accustomed to do to their customers. It is important for American consumers to be aware of their rights before and after deciding on which airline to purchase their flights with. Without internet, smart phones, and social media, Dr. Dao or any passenger would not have been able to receive a fair trial. But we are living in a different time in history, when everything is so transparent and immediate.  Organizations or corporations that are not able to adapt to these changes would have a much shorter life span. Thanks to Dr. David Dao, we consumers now would have a better understanding of what our rights as paying customers have, and what kind of civil behavior one is to expect from any individual or corporation, for there would be heavy penalty for uncivil and unlawful behavior in a civilized and heavily surveillanced society. I hope this post will prove helpful for those of you who travel frequently. Again, a great big thanks to the network of Internet, smart phones, and social media, for keeping all of us honest and civil to one another.