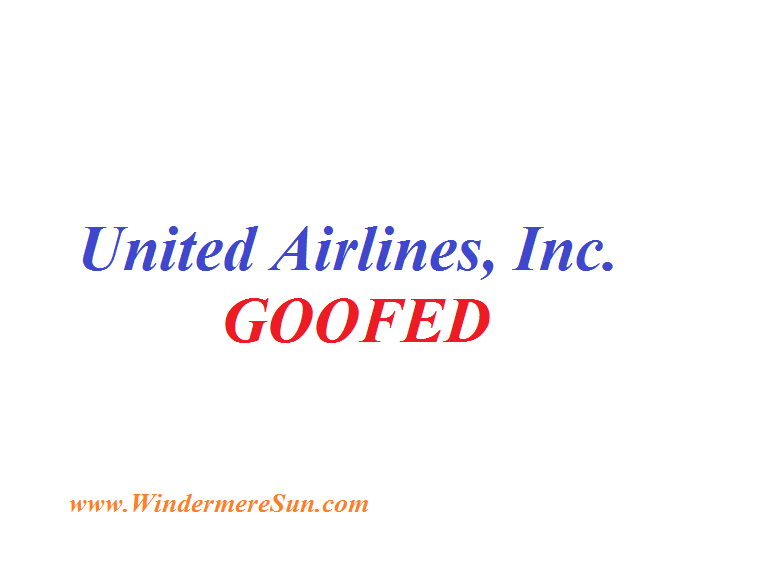 
If you have not yet seen or heard about the shocking event that took place from a United Airlines flight #3411 on Sunday (April 9, 2017), from Chicago O’Hare airport to Louisville, KY, you will. The video clip of a 69 year old bloodied Asian American passenger, Dr. David Dao, being forcibly dragged off of a full flight (it was not an overbooked flight, therefore, regulations on overbooking does not apply) by police to make room for airline employees has alarmed us all, wondering if  airlines really have the right to do this to any passenger. This is equivalent to: you having ordered a burger at the McDonald, but after having paid for the burger, the wait person comes over telling you “we won’t serve you any burger because our employee, who did not pay anything, wants the last burger we have.” while reporting you to the police and having the police smashing your head against the wall until you bleed and chase you out of the McDonald. McDonald would never permit such treatment of its customers! It is no wonder that United Airlines, Inc. has filed for bankruptcy multiple times.

Apparently, this is not a “bumping the passenger under standard overbooking event”, in which case the airline may and may not have as much rights to remove passenger from the plane, depending on which airline one is dealing with. Of course, after this incident, many of the frequent travelers would think twice about ever traveling with United again. In this particular situation, the United may have broken the law by bumping the passenger for United Airlines employees. As it turned out, United Airlines was trying to bump 4 passengers in order to put 4 United crew members to get to Louisville sooner. Some body really GOOFED at United Airlines, given the fact that this flight from Chicago to Louisville is only a 5 hour drive. United Airlines could have simply ordered a shuttle or taxi or chartered flight for these crew members or offer more to ask any passenger on flight to voluntarily give up the seat (at the time, there was apparently one passenger who offered to give up the seat if United would pay him $1600 (according to a Reddit reader/write-in), but the airline employees just laughed).  Now, instead of shelling out $1600, United Airlines, Inc. stock value has already plunged these past two days, drop in valuation of about a $billion. The circulated videos and news will enable United to lose  millions of potential customers in the future, not to mention potential civil and criminal law suits await.  The Asian American doctor definitely has a case, especially if/when United Airlines was breaking the law, according to some legal discussions at Reddit by an attorney. This is the discussion, in italics, at Reddit, below:

I’ve gathered quite a few remarks about United Airlines treatment of its customers over the internet:

What can I say, I’ve long heard among frequent travelers and musicians that United Airlines break musician’s guitar, below:

But now,  United Airlines had upgraded from breaking guitar to breaking their passenger! Such disrespect for its customers had already drawn its deserved attention! United Airlines, Inc. have already and will continue to lose out for such poor treatment of its passengers, now that this incident and video are also being circulated in Europe and Asia. In the public arena, we have Jimmy Kimmel’s monologue below to demonstrate consumers’ feeling toward United at the moment: In addition to losing $Billion valuation of its stock value in one and half day, one can be certain that United Airlines will no longer be able to bill itself as the top American carrier to China or Asia, with direct flights from the United States to Beijing, Shanghai, Chengdu, and Xi’an…now that all informed Asian American or Asian travelers around the world would resist flying United.

Thanks to internet and smart phones, civil behavior will be required from individuals as well as from corporations. Corporations that do not treat its customers civilly will end up paying/losing  big time!