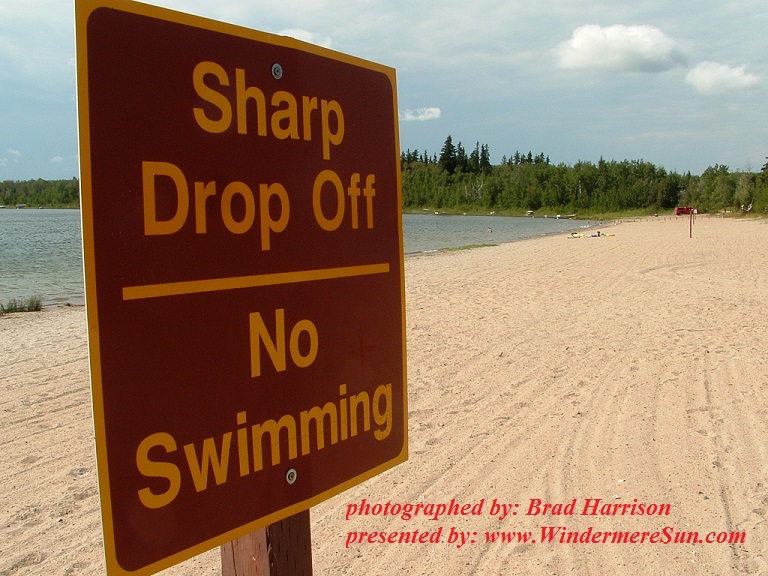 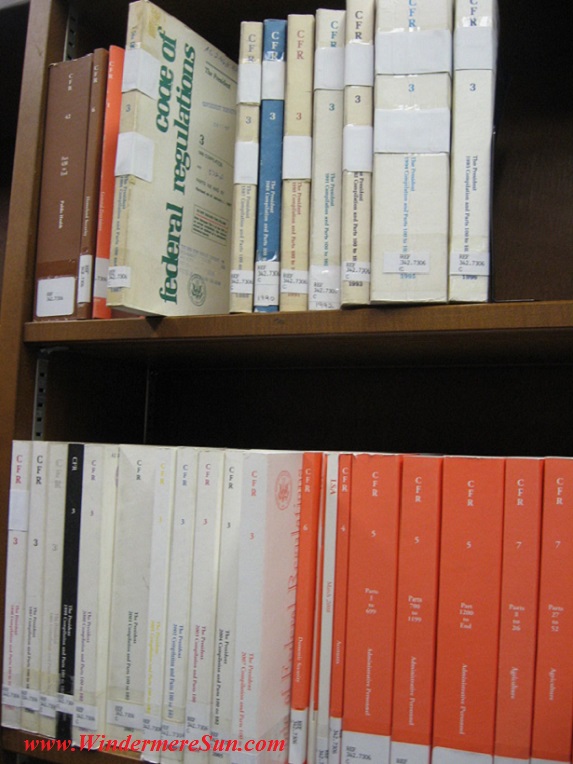 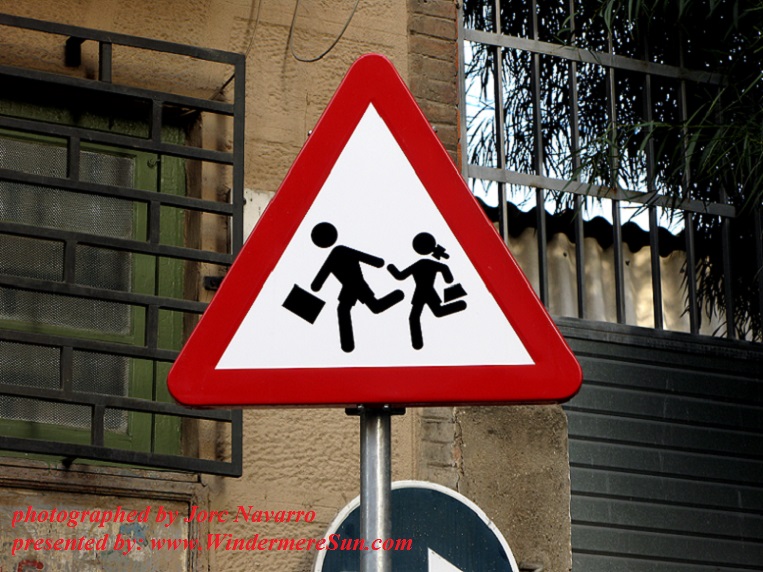 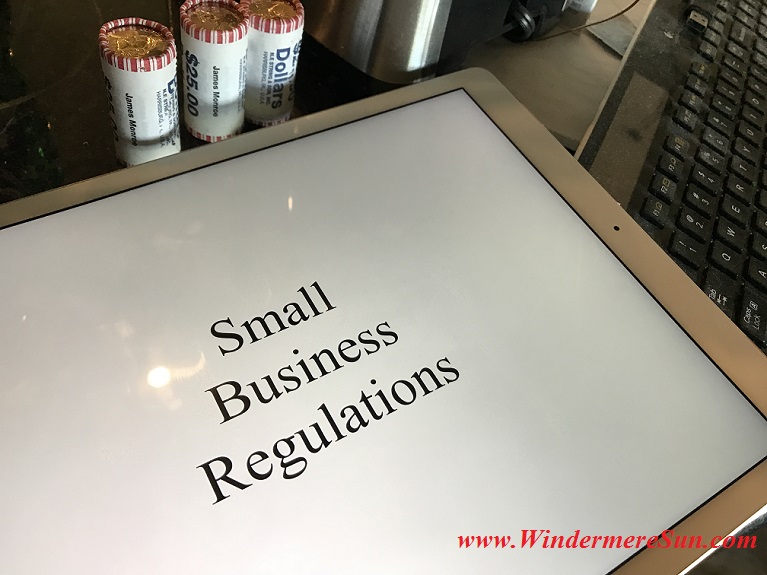 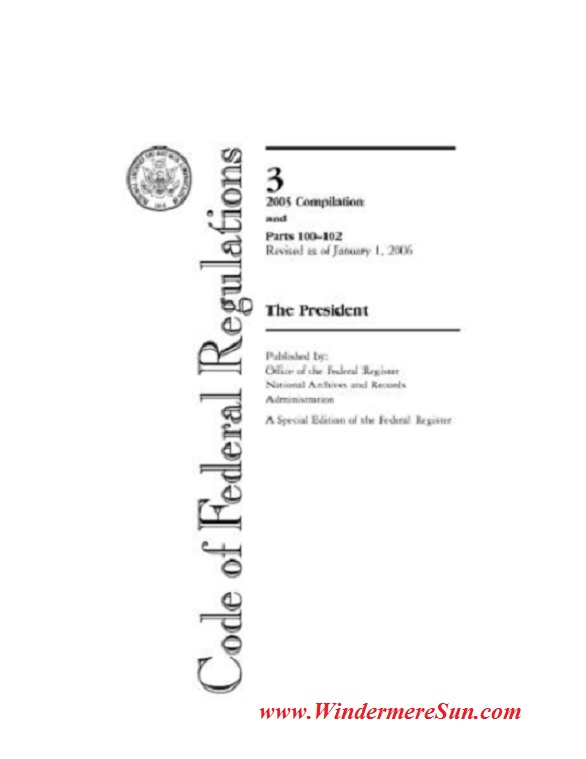 We love to laugh at comedians’ or talk-show hosts’ skits on ridiculous government regulations. We may  snicker when The Federal Railroad Administration insisted that all trains must be painted with an “F” in the front so people can tell which end is which or when bureaucracy in Maryland shuts down children’s lemonade stands because the enterprising young lad did not have trading licenses.

But truly, the bureaucracy in America is no laughing matter. Recently, one of my friends got into a heated discussion with me about current state of regulations for small businesses. More specifically, whether America is overly regulated. My friend H is a staunch supporter of our much regulated society, stating its necessity for the health and safety of our world. I, on the other hand, have a slightly different view on the matter. In my attempt to demonstrate whether or not America is overly regulated and how much impact these regulations have on our lives, I’d like to share my discoveries (inclusive of federal, state, and local regulations) and arguments pertaining to this topic with you all below.   Initially, the impulse from my math background wanted to search for data on % of small businesses that had failed as a result of compliance cost for regulations. But this may not be the best approach or data since many small businesses have failed as a result of insufficient capital (it may partly be caused by compliance cost for regulations and partly due to poor management). So insufficient capital may and  may not provide a clear picture for the state of affair.
The problem does not lie in rules and regulations pertaining to the core of  health and safety for us all, but in ones that may sound reasonable on their own but impose a huge burden collectively. America is meant to be the land of the free ( free to choose) and home of the laissez-faire, for better or for worse. Yet in recent decades, America seems to have strayed from this ideal. For example, the Dodd-Frank law of 2010 had the noble aim of preventing another financial crisis, with the simple strategy of improving transparency, stopping banks from taking excessive risks, preventing abusive financial practices by authorizing regulators to seize any big financial firm and wind it down. But Dodd-Frank is far too complex, at 848 pages, it is 23 times longer than Glass-Steagall, the reform that followed the Wall Street crash of 1929. In it (Dodd-Frank), every other page demands regulators to fill in further details and its “Volcker rule” (intended to curb risky proprietary trading by banks) includes 383 questions that break down into 1,420 subquestions. Hardly any one has actually read Dodd-Frank, so financial firms in America must prepare to comply with a law that is partly unintelligible and partly unknowable. Such complexity is part of a wider trend in adding stacks of rules, few of which are ever rescinded. Republicans with rules to thwart terrorists, making flying in America an ordeal and prompt legions of brainy migrants to move to Canada while Democrats with rules to expand the welfare state. Obama’s health care reform of 2010 had many virtues, but it does little to reduce the system’s staggering and increasing complexity. Every hour spent treating a patient in America creates at least 30 minutes (or more) of paperwork.

Many believe that the complexity of American laws are due to two main forces: hubris and lobbying. Hubris: the belief of law makers that they can anticipate every eventuality, range from annoying (e.g. code for nurseries in Colorado that specifies how many crayons each box must contain) to delusional (e.g.  the belief of Dodd-Frank being able to anticipate and ban every nasty tricks the financiers will dream up in the future). Such complexity creates loopholes that invites the shrewd to abuse with impunity. Lobbying: government’s drive to micromanage so many activities creates incentives for special interest groups to push for special favors. A bill with hundreds of pages in length makes it easy for Congressman to slip in clauses that benefit special interest groups or campaign donors. The health-care bill included tons of favors for various lobbying groups.


Most importantly, complexity costs money. A study for the Small Business Administration found that regulations in general add $10,585 in cost per employee. World Bank economists demonstrated that in countries with regulations that make starting companies more difficult, fewer new businesses are created by entrepreneurs. For example, the simplified business formation process in Mexico boosted small business employment by about 3%. The Code of Federal Regulations has grown to over 175, 000 pages early in 2016 and added 81,640 more pages by the end of 2016.  At this point, I’d like to invite you to view this article on some highlights of the 2015 edition of the federal regulations. Note: many Americans complain about taxes, but regulatory compliance costs exceed what the IRS is expected to collect in both individual and corporate income taxes for year 2014 by more than $160 billion. Our federal government is well aware of these excessive regulatory weights and established an independent commission, early in 2016, to comb through the 175,000 page Code of Federal Regulations for old, obsolete, redundant, and harmful rules, with a goal to achieve at least 15% reduction in cumulative regulatory costs. Given that federal regulations now cost nearly $1.9 trillion per year, a successful commission could save American about $285 billion per year. The current Trump administration also has the same inclination (in wanting to trim obsolete and redundant regulations), indicating this is a bipartisan belief.
Early this year (2017), based on the first-ever Small Business Regulation Surveys conducted by the National Small Business Association, the survey indicated that it costs the average small business at least $12,000 a year to comply with government regulations and $83,019 for a start-up to spend on regulations in its first year. This survey also found that 44% of businesses spend at least 40 hours a year dealing with federal regulations and 29% spend at least that much on state and local rules. Three-quarters of business owners say that they have spent time reading proposed rules at least once, and of these, not quite two-thirds discover that more than half the time, the rules they’ve read wouldn’t apply to them. About 40% of respondents claim that they have held off making a new investment because of a regulation at some point in the past. For those of you (including my friend H) who do not believe that our government regulations are excessive, I’d like to share these articles with you, below:

And ask: have you really gone through those pages of Code of Federal Regulations that pertaining to your business?

Former President Obama once wrote, “Sometimes, those rules have gotten out of balance, placing unreasonable burdens on business-burdens that have stifled innovation and have had a chilling effect on growth and jobs….Today I am directing federal agencies to do more to account for-and reduce-the burdens regulations may place on small businesses.” Former President Bush said in his 2004 State of the Union speech, “Our agenda for jobs and growth must help small business owners and employees with relief from needless federal regulation...”  As the country singer Toby Keith said what we need is “a little less talk and a lot more action.”

Regulation is one of the biggest obstacles to entrepreneurship, innovation, and consumer satisfaction. Trimming back these regulations  to more reasonable levels should be of top priority for bipartisan lawmakers. Excessive regulations lead to much compliance costs and present barrier to entry for small business owners. When there is too much barrier to entry, it decreases access to opportunities to many and ultimately more likely to induce greater disparity of wealth in our society….and detrimental to well functioning society.