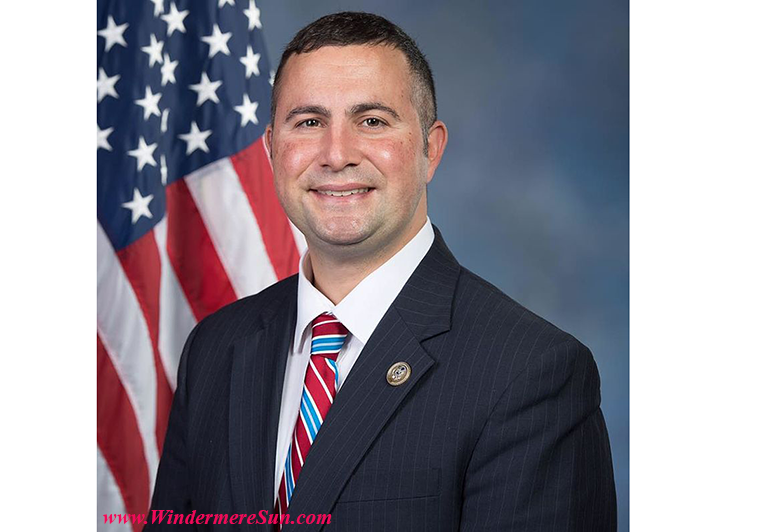 A quick announcement that The Florida Puerto Rican Parade & Festival Banquet  will be held on Thursday, April 27, 2017, 6:00 pm-11:00 pm at Orlando DoubleTree Downtown. The Banquet will be in dedication to Congressman Darren Soto, the first Puerto Rican  in Florida to serve in Congress. Some of the other Puerto Rican public servants will also be honored. This celebration will surely become an annual event for people and families from the island of Puerto Rico here in Florida. The Florida Puerto Rican Parade & Festival will be held in the city of Orlando on Saturday, April 29, 2017. The Parade and Festival dedication theme is “Puerto Ricans in Public Service“, to recognize thousands of Puerto Ricans serving in various city, state, county, and federal government agencies. Every one is welcomed.

For a bit more background information on Congressman Darren Soto, a Puerto Rican public servant who has accomplished much for the state of Florida, below:

Darren Michael Soto (born February 25, 1978) is an American attorney and politician from Orlando, Florida, who is the U.S. Representative for Florida’s 9th district. He defeated Republican Wayne Liebnitzky in the 2016 general election, 57-43%. Prior to being elected to Congress, Soto served for four years in the Florida Senate and five in the Florida House of Representatives, representing parts of the Orlando area.

Soto was born in the borough of Ringwood, New Jersey to a Puerto Rican father, O. Lou Soto, and an Italian-American mother, Jean Soto. From 1998 to 2001, he worked for Prudential Insurance in finance while he attended college. He received a Bachelor of Arts degree from Rutgers University in 2000, a Juris Doctor from George Washington University in 2004, and opened his law practice the following year. Soto has a bachelor’s degree in Economics, and attended Law School at George Washington University. Soto is a commercial and civil rights attorney practicing law in Central Florida. He is ardent defender of civil rights and is committed to rendering legal services pro bono to the community. In 2006, he was named class counsel in the federal class action brought on behalf of Hispanic voters against the City of Kissimmee in the U.S. District Court for the Middle District of Florida. Soto is a former member of the Civil Service Board for the City of Orlando, served as the Treasurer of the Orange County Democrats and the Vice President of Communications for the Orange County Young Democrats (YD’s). He was also the YD Co-Host for their Speak Easy events that provide a monthly forum for local and state leaders to speak to young voters.

In 2006, Soto ran for a seat in the Florida House of Representatives from the 40th District, unsuccessfully challenging incumbent State Representative Andy Gardiner. In April 2007, he emerged victorious from a crowded Democratic primary in a special election to replace John Quinones, who had resigned to run for the Osceola County Commission. In the general election, Soto narrowly defeated former Democratic State Representative Tony Suarez, the Republican nominee, by 285 votes. Soto was overwhelmingly re-elected in 2008 and 2010. During his three terms in the Florida House, Soto passed legislation in several areas including curbing illegal street racing, protecting families of fallen firefighters, and maintaining school safety. He fought to protect homeowners’ access to the courts in foreclosure proceedings and assured courts received adequate funding to deal with the unprecedented housing crisis in Florida. Soto was a key voice in securing the passage of Sunrail to bring commuter rail to Central Florida. He also played a critical role in stopping the split of the Florida Supreme Court and preventing an Arizona-styled immigration law from passing in Florida.

In 2012, Florida Senate districts were redrawn, and Soto opted not to run for re-election in the House but instead to run for the newly created 14th District, which included predominantly Latino areas of Orange, Osceola, and Polk Counties. He won his party’s nomination uncontested and faced Republican Will McBride, who had previously run for the United States Senate in 2006. Soto won the endorsement of the Orlando Sentinel, which praised him as “the rare Democrat who works productively across the aisle,” citing his work to get “Central Florida’s SunRail commuter system approved.” Though the contest was initially thought to be a toughly-fought one, in the end, Soto overwhelmingly defeated McBride, winning over 70% of the vote. In his first term in the Florida Senate in 2013, Soto passed legislation expediting the time for immigrant children receiving deferred action to acquire a driver’s license, which was ultimately vetoed by Governor Rick Scott setting off statewide protests. He also played a critical role in reducing the statute of limitations from 5 years to 1 year for banks to collect foreclosure debt and helped start Florida’s Hardest Hit Principal Reduction Program to assist struggling homeowners. When confronted with legislation that would expedite the execution process for people on death row in Florida, he unsuccessfully proposed an amendment that would “raise the required jury vote from seven to 10 for death penalties,” noting that Florida is the only state requiring a simple majority vote by the jury for the death penalty. In 2014, Soto passed historic legislation answering the Florida Supreme Court’s call to give them the authority to admit immigrant lawyers into the Florida Bar while being strong advocate for successful passage of legislation giving DREAMer’s in-state tuition. He secured the initial state funding to start a Poinciana Valencia Campus and the Lake Toho Restoration which will clean water flowing through the Northern Everglades. In addition, he boldly led the Democratic House and Senate Caucuses in drafting and presenting an important Congressional Map during the 2014 Special Session on Redistricting. During the 2015 legislative session, Soto was fundamental in securing $11.9M in funding for Valencia College’s Poinciana campus. This allowed area students to seek higher education without traveling two hours round trip to attend classes. Soto also successfully pushed for $20M to restore the Kissimmee River, which helps preserve the Northern Everglades. This earned him the award of “Champion of the Everglades” presented by the Audubon Society of Florida. Darren continued to fight for one of his top priorities – the environment – by proposing legislation to ban fracking in Florida. He secured $10M in Florida’s budget to promote economic growth in Osceola County for a new state of the art facility that will manufacture high tech sensors. However, the project was vetoed by Governor Rick Scott. Soto also introduced a bill to boost minimum teacher pay to $50,000 per year. He continues to fight for these priorities in the upcoming legislative session by introducing bills that will help Florida’s families.

Senator Soto had a banner budget year in the 2016 Legislative Session bringing nearly $31 million back to the district. This funding included $15M for the UCF Sensors Manufacturing Center, $12M to complete the construction of the Poinciana Valencia College campus, $4M in supplemental school construction to address overcrowded Osceola County public schools, $750k for restoring the Northern Everglades and Lake Toho and $150k for the Transition House that offers temporary housing for veterans. In 2016, Darren also passed important legislation, including Chloe’s Law to construct more barriers around water bodies adjacent to state roads in order to increase public safety, the Deaf Floridian’s ID bill creating a deaf symbol on drivers’ licenses and other state identification cards to prevent confusion in law enforcement interactions, and the Juvenile Clean Slate bill which automatically seals misdemeanor records for juveniles who reach 21 years of age and do not reoffend as adults.

Darren Soto won the Democratic nomination to succeed Rep. Alan Grayson, who had stepped down to run in the primary for U.S. Senate in Florida’s 9th congressional district. Soto earned 36% of the vote in a four way primary election. Florida’s 9th congressional district is a Democratic-leaning seat consisting of all of Osceola County and parts of Orange and Polk Counties. Soto has represented the majority of this district while serving in the Florida House of Representatives and the Florida Senate. The Orlando Sentinel endorsed him in his primary race calling him an “effective lawmaker.” Soto won the general election for the seat, defeating Republican Wayne Liebnitzky, 57-43%.