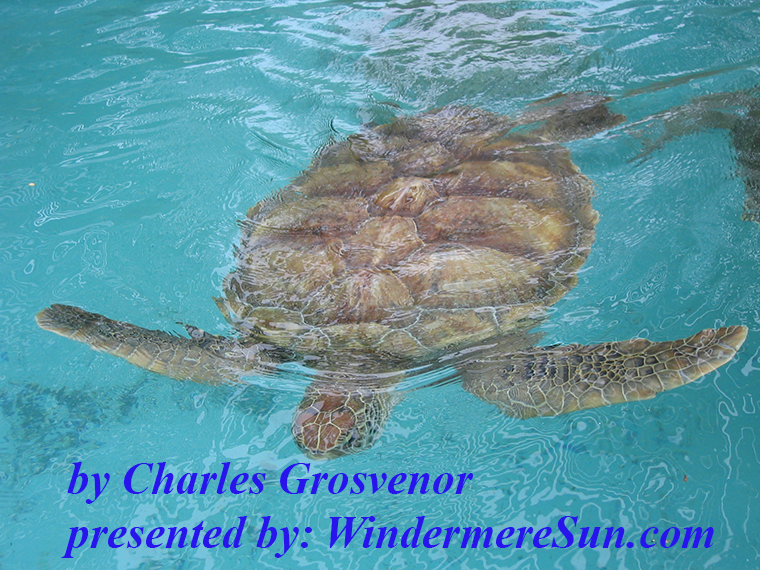 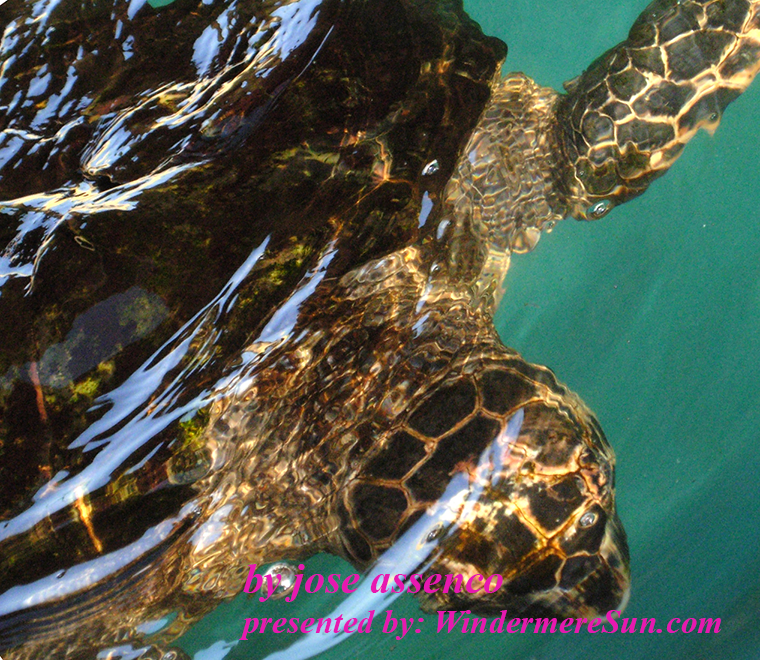 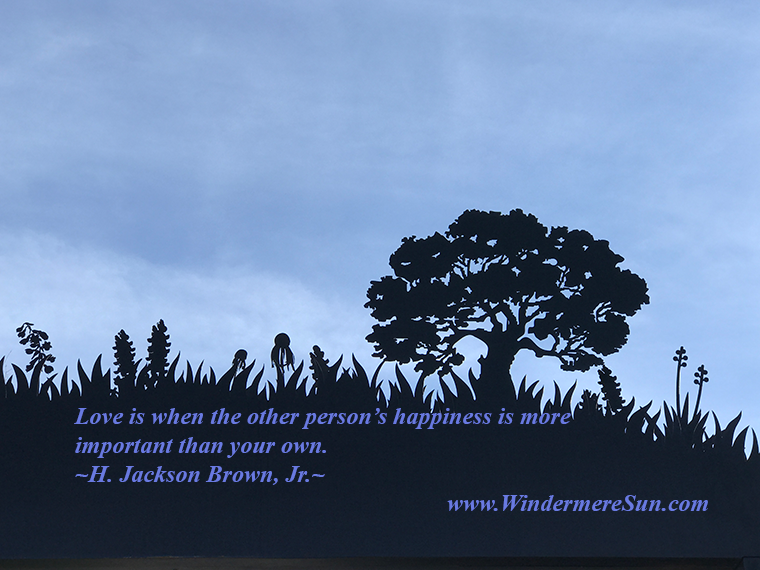 Love is when the other person’s happiness is more important than your own. (quoted by H. Jackson Brown, Jr., photographed by Windermere Sun-Susan Sun Nunamaker)

Sea turtles (superfamily Chelonioidea), sometimes called marine turtles, are reptiles of the order Testudines. The seven extant species of sea turtles are: the green, loggerhead, Kemp’s ridley, olive ridley, hawksbill, flatback, and leatherback.  Sea turtles can be found in oceans except for the polar regions. The flatback sea turtle is found solely on the northern coast of Australia. The Kemp’s ridley sea turtle is found solely in the Gulf of Mexico and along the East Coast of the United States. Sea turtles are generally found in the waters over continental shelves. During the first three to five years of life, sea turtles spend most of their time in the pelagic zone floating in seaweed mats. Green sea turtles in particular are often found in Sargassum mats, in which they find shelter and food. Once the sea turtle has reached adulthood it moves closer to the shore. Females will come ashore to lay their eggs on sandy beaches during the nesting season. The habitat of a sea turtle has a significant influence on its morphology. Sea turtles are able to grow so large because of the immense size of their habitat: the ocean. The reason that sea turtles are much bigger than land tortoises and freshwater turtles is directly correlated with the vastness of the ocean, and the fact that they travel such far distances. Having more room to live enables more room for growth.

It takes decades for sea turtles to reach sexual maturity. Mature turtles may migrate thousands of miles to reach breeding sites. After mating at sea, adult female sea turtles return to land to lay their eggs. Different species of sea turtles exhibit various levels of philopatry. In the extreme case, females return to the beach where they hatched. This can take place every two to four years in maturity.

A giant sea turtle, nicknamed Jolly, was released off of the Florida Keys Friday, March 10, 2017.

Love is when the other person’s happiness is more important than your own. (quoted by H. Jackson Brown, Jr., photographed by Windermere Sun-Susan Sun Nunamaker)

H. Jackson Brown, Jr. once said, “Love is when the other person’s happiness is more important than your own.”

What do you think?