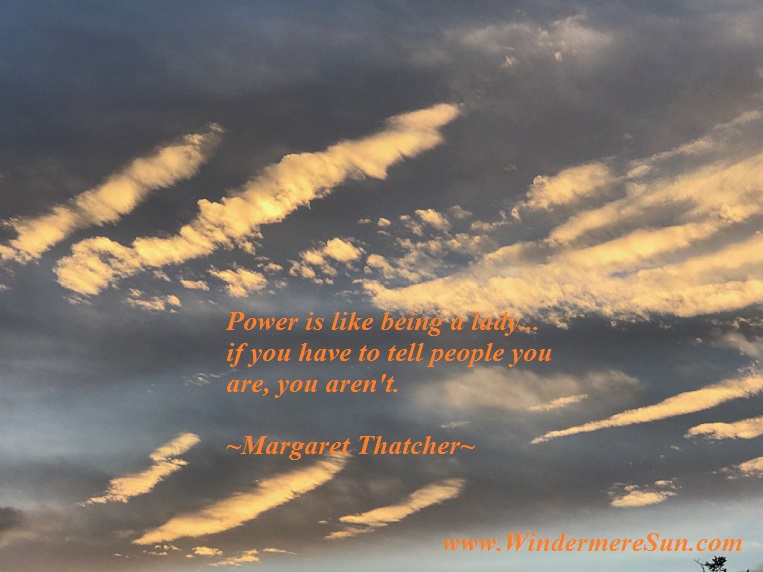 Power is like being a lady… if you have to tell people you are, you aren’t. (quote by Margaret Thatcher, photo by Windermere Sun-Susan Sun Nunamaker) 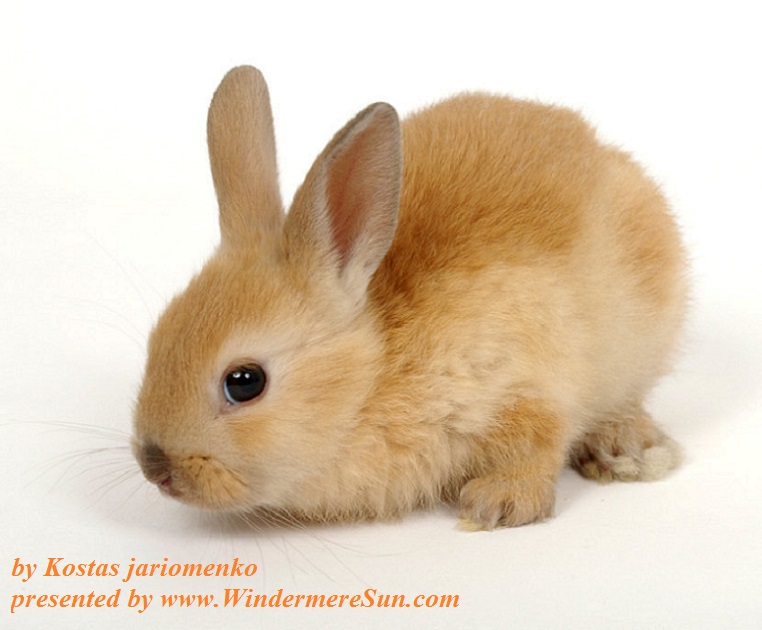 What fluffy and cute looking bunny…. reminding me of the Peter Cottontail  or Peter Rabbit in Beatrix Potter‘s children’s book! What might this bunny be sniffing at?

Rabbits are small mammals in the family Leporidae of the order Lagomorpha, found in several parts of the world. There are eight different genera in the family classified as rabbits, including the European rabbit (Oryctolagus cuniculus), cottontail rabbits (genus Sylvilagus; 13 species), and the Amami rabbit (Pentalagus furnessi, an endangered species on Amami Ōshima, Japan). There are many other species of rabbit, and these, along with pikas and hares, make up the order Lagomorpha. The male is called a buck and the female is a doe; a young rabbit is a kitten or kit or bunny.

Rabbit habitats include meadows, woods, forests, grasslands, deserts and wetlands. Rabbits live in groups, and the best known species, the European rabbit, lives in underground burrows, or rabbit holes. A group of burrows is called a warren. More than half the world’s rabbit population resides in North America. They are also native to southwestern Europe, Southeast Asia, Sumatra, some islands of Japan, and in parts of Africa and South America. They are not naturally found in most of Eurasia, where a number of species of hares are present. Rabbits first entered South America relatively recently, as part of the Great American Interchange. Much of the continent has just one species of rabbit, the tapeti, while most of South America’s southern cone is without rabbits. The European rabbit has been introduced to many places around the world.

Because the rabbit’s epiglottis is engaged over the soft palate except when swallowing, the rabbit is an obligate nasal breather. Rabbits have two sets of incisor teeth, one behind the other. This way they can be distinguished from rodents, with which they are often confused. Carl Linnaeus originally grouped rabbits and rodents under the class Glires; later, they were separated as the scientific consensus is that many of their similarities were a result of convergent evolution. However, recent DNA analysis and the discovery of a common ancestor has supported the view that they share a common lineage, and thus rabbits and rodents are now often referred to together as members of the superorder Glires.

The rabbit’s long ears, which can be more than 10 cm (4 in) long, are probably an adaptation for detecting predators. They have large, powerful hind legs. The two front paws have 5 toes, the extra called the dewclaw. The hind feet have 4 toes. They are plantigrade animals while at rest; however, they move around on their toes while running, assuming a more digitigrade form. Unlike some other paw structures of quadruped mammals, especially those of domesticated pets, rabbit paws lack pads. Their nails are strong and are used for digging; along with their teeth, they are also used for defense.

Power is like being a lady… if you have to tell people you are, you aren’t. (quote by Margaret Thatcher, photo by Windermere Sun-Susan Sun Nunamaker)

Margaret Thatcher once commented that “Power is like being a lady… if you have to tell people you are, you aren’t.”

What do you think?