Cohousing Community, An Old Fashion Neighborhood In A New Way!

Cohousing playground next to the Common House 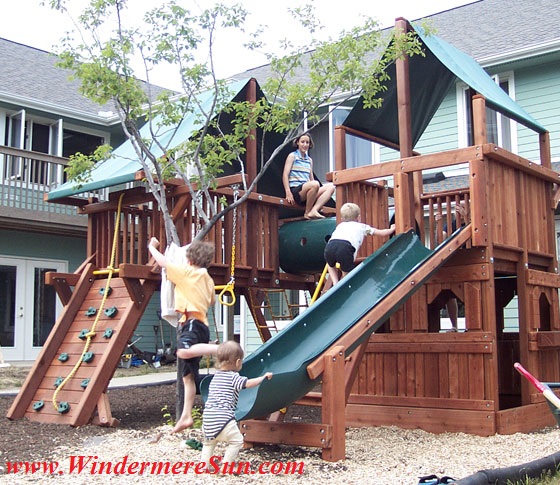 Cohousing playground next to the Common House

How many of you out there had ever been through the experience of needing an emergency baby-sitter or needing some help with caring for elderly parents for an afternoon? It is time like this that “Cohousing” seems so very appealing. Recently I’ve come across the concept of Cohousing. It is an intentional community of private homes clustered around shared space. Each attached or single family home has traditional amenities, including a private kitchen. Shared spaces typically feature a common house, which may include a large kitchen and dining area, laundry, and recreational spaces. Shared outdoor space may include parking, walkways, open space, and gardens. Neighbors also share resources like tools and lawnmowers.


The modern theory of cohousing originated in Denmark in the 1960s among groups of families who were dissatisfied with existing housing and communities that they felt did not meet their needs. Bodil Graae wrote a newspaper article titled “Children Should Have One Hundred Parents,”spurring a group of 50 families to organize around a community project in 1967. This group developed the cohousing project Sættedammen, which is the oldest known modern cohousing community in the world. Another key organizer was Jan Gudmand Høyer who drew inspiration from his architectural studies at Harvard and interaction with experimental U.S. communities of the era. He published the article “The Missing Link between Utopia and the Dated Single Family House”  in 1968, converging a second group.
The Danish term bofællesskab (living community) was introduced to North America as cohousing by two American architects, Kathryn McCamant and Charles Durrett, who visited several cohousing communities and wrote a book about it. The book resonated with some existing and forming communities, such as Sharingwood in Washington state and N Street in California, who embraced the cohousing concept as a crystallization of what they were already about. Though most cohousing groups seek to develop multi-generational communities, some focus on creating senior communities. Charles Durrett later wrote a handbook on creating senior cohousing. The first community in the United States to be designed, constructed and occupied specifically for cohousing is Muir Commons in Davis, California. Architects, Kathryn McCamant and Charles Durrett were responsible for the programming and the design of the site plan, common house and private houses.

There are precedents for cohousing in the 1920s in New York with the cooperative apartment housing with shared facilities and good social interaction. The Siheyuan, or quadrangle design of housing in China has a shared courtyard and is thus similar in some respects to cohousing.

Hundreds of cohousing communities exist in Denmark and other countries in northern Europe. In Canada, there are 11 completed communities, and approximately 19 in the forming or development phase. There are more than 300 cohousing communities in the Netherlands (73 mixed-generation and 231 senior cohousing), with about 60 others in planning or construction phases.  There are also communities in Australia (see Cohousing Australia), the United Kingdom (see UK Cohousing Network http://www.cohousing.org.uk for information, Threshold Centre Cohousing Community http://www.thresholdcentre.org.uk/ offers training), and other parts of the world.

Perhaps you’ll be interested in starting a green Cohousing community with a group of people with shared values some day….an old fashion neighborhood in a new way….