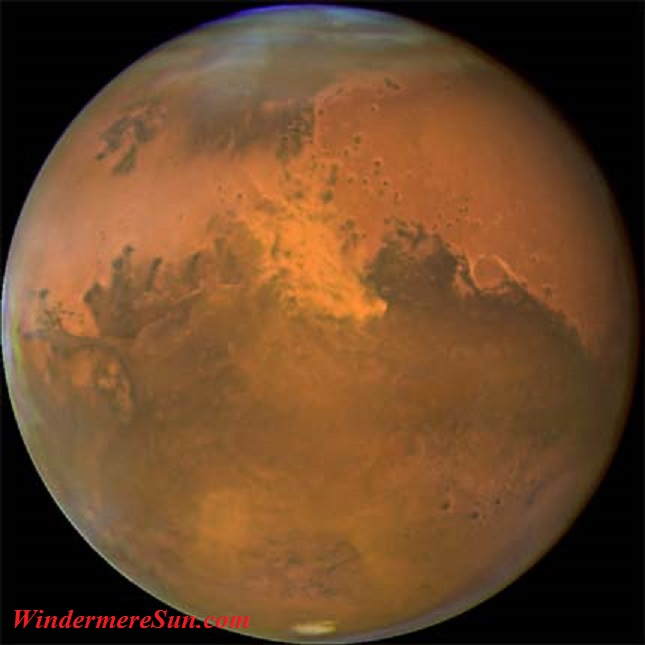 Mars is the fourth planet from the Sun (credit: NASA) 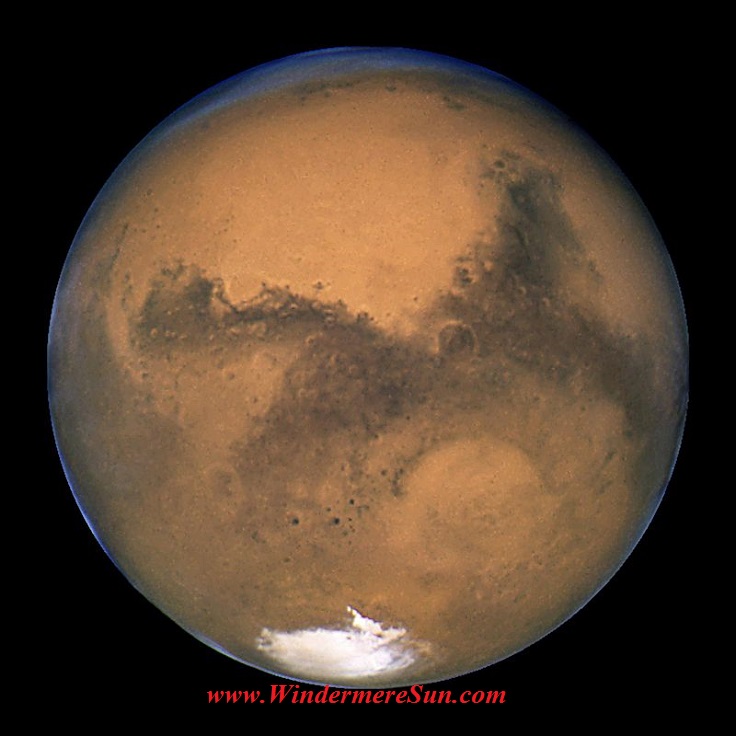 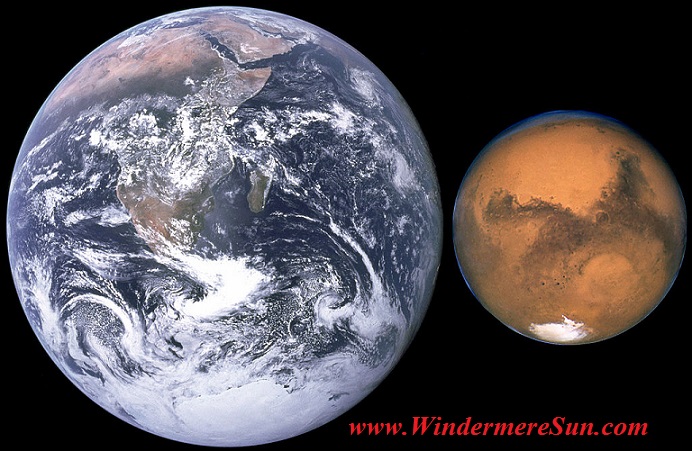 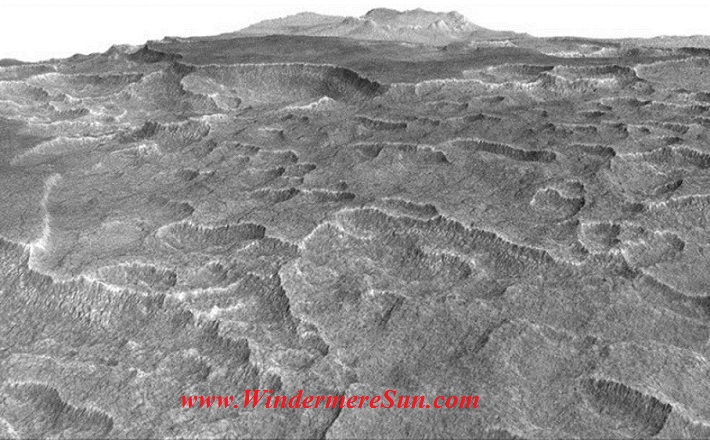 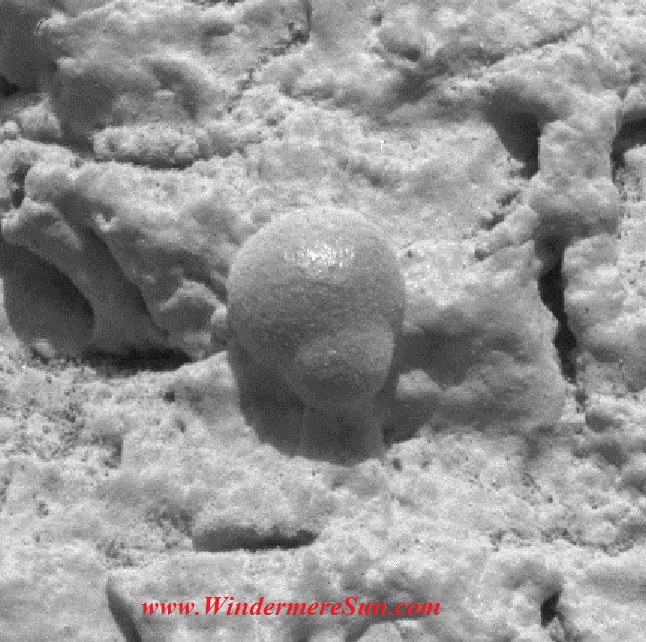 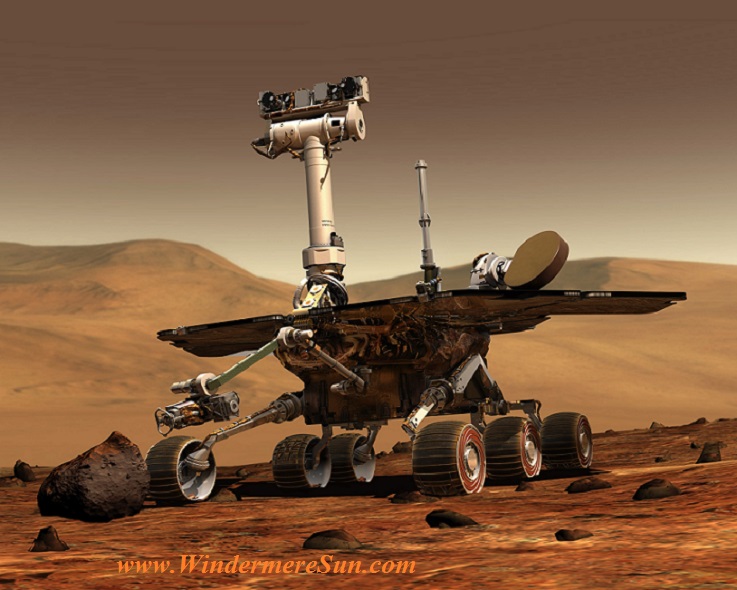 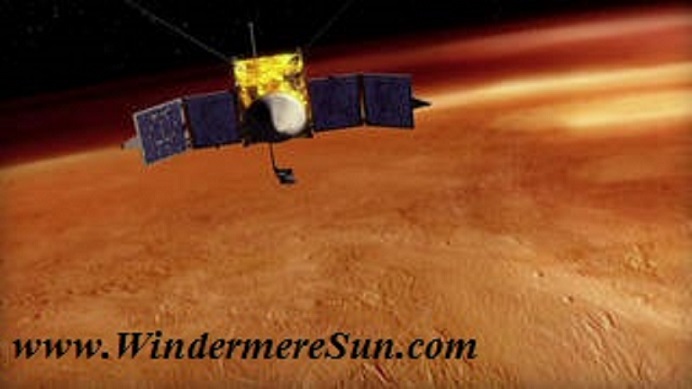 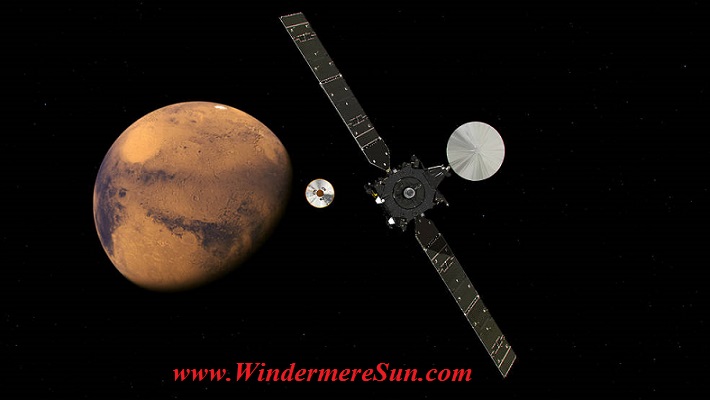 Artist’s concept from the European Space Agency depicts the Trace-Gas orbiter and its entry (credit: NASA)

It is part of our human DNA to explore, to push forward, to expand our frontier.  As our planet earth’s population continues to grow from the current 7.5 billion to 9 billions, it is not only Elon Musk but also many other human beings on earth who believe that it is necessary for us to become interplanetary in order to insure the sustainability of our species.

The current understanding of planetary habitability—the ability of a world to develop environmental conditions favorable to the emergence of life—favors planets that have liquid water on their surface. Most often this requires the orbit of a planet to lie within the habitable zone, which for the Sun extends from just beyond Venus to about the semi-major axis of Mars. During perihelion, Mars dips inside this region, but Mars’s thin (low-pressure) atmosphere prevents liquid water from existing over large regions for extended periods. The past flow of liquid water demonstrates the planet’s potential for habitability. Recent evidence has suggested that any water on the Martian surface may have been too salty and acidic to support regular terrestrial life.

Please view “How To Get To Mars. Very Cool!” below:


Mars is the fourth planet from the Sun and the second-smallest planet in the Solar System, after Mercury. Mars was named after the Roman god of war, it is often referred to as the “Red Planet”because the iron oxide prevalent on its surface gives it a reddish appearance. Mars is a terrestrial planet with a thin atmosphere, having surface features reminiscent both of the impact craters of the Moon and the valleys, deserts, and polar ice caps of Earth. The rotational period and seasonal cycles of Mars are likewise similar to those of Earth, as is the tilt that produces the seasons. Mars is the site of Olympus Mons, the largest volcano and second-highest known mountain in the Solar System, and of Valles Marineris, one of the largest canyons in the Solar System. The smooth Borealis basin in the northern hemisphere covers 40% of the planet and may be a giant impact feature. Mars has two moons, Phobos and Deimos, which are small and irregularly shaped. These may be captured asteroids, similar to 5261 Eureka, a Mars trojan. There are ongoing investigations assessing the past habitability potential of Mars, as well as the possibility of extant life. Future astrobiology missions are planned, including the Mars 2020 and ExoMars rovers. Liquid water cannot exist on the surface of Mars due to low atmospheric pressure, which is about  6⁄1000 that of the Earth’s, except at the lowest elevations for short periods. The two polar ice caps appear to be made largely of water. The volume of water ice in the south polar ice cap, if melted, would be sufficient to cover the entire planetary surface to a depth of 11 meters (36 ft).  On November 22, 2016, NASA reported finding a large amount of underground ice in the Utopia Planitia region of Mars. The volume of water detected has been estimated to be equivalent to the volume of water in Lake Superior. 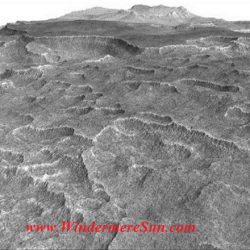 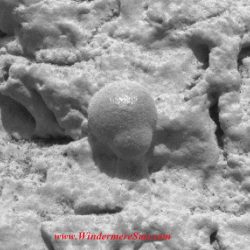 
Prior to its official air date, it was launched in a streaming format on November 1, 2016. It blends elements of real interviews with a fictional story of a group of astronauts as they land on the planet Mars.

The series is based on the 2015 book How We’ll Live on Mars by Stephen Petranek. The show switches time periods between the year 2037 and 2016, by way of events unfolding in the story, and then earlier predictions by scientists on the difficulties of what that situation would be like, then the time switches back to the story, revealing how the astronauts solved their problem. The series was filmed in Budapest and Morocco.

A companion book to the series, called Mars: Our Future on the Red Planet, was published in October 2016 detailing the science behind the show. A prequel series, called Before Mars, was produced and released conjointly with the series. It tells the fictional story of a moment in the life of one of the astronauts, and the decisions they made to get involved in science.

Its plot takes place in the year 2033, with a crew of six astronauts launched from Florida on a journey to be the first people to set foot on Mars. During the descent into the Martian atmosphere, there is a malfunction with their spacecraft, the Daedalus. They land 75.3 kilometers away from their planned habitat. On Earth their progress is being monitored.  Intermixed with the story are real-life interview footage from the year 2016, of the crew, and their mission control; there are interviews with various scientists, and engineers, such as Elon Musk, Andy Weir, Robert Zubrin, and Neil deGrasse Tyson, about the difficulties that the crew might face on a journey to, and living on, Mars.

Mars has received mixed reviews from critics. It  holds a 63% approval rating on Rotten Tomatoes with an average score of 7.3/10 based on 16 reviews; the critical consensus states: “Ron Howard’s direction ensures that Mars is an attractive endeavor, even if the show struggles to move smoothly between its documentary and fictional elements”. On Metacritic, it has a score of 59 out of 100 based on 14 reviews, indicating “mixed or average reviews”.

Despite its mixed reviews, this miniseries is surely to gain much following, for this is the first docudrama that I am aware of that contains both fiction and live interviews about exploration to Mars. As our interest for becoming interplanetary grow, I cannot think of a better way to educate our population on earth via miniseries such as this. Edutainment is the way to expand the horizon of earthlings! My hat’s off to National Geographic for being on the right track for preparing and edutaining our future generations.

Any comments, suggestions, concerns regarding this post will be welcomed at info.WindermereSun@gmail.com
Gathered, written, and posted by Windermere Sun-Susan Sun Nunamaker
More about the community at www.WindermereSun.com