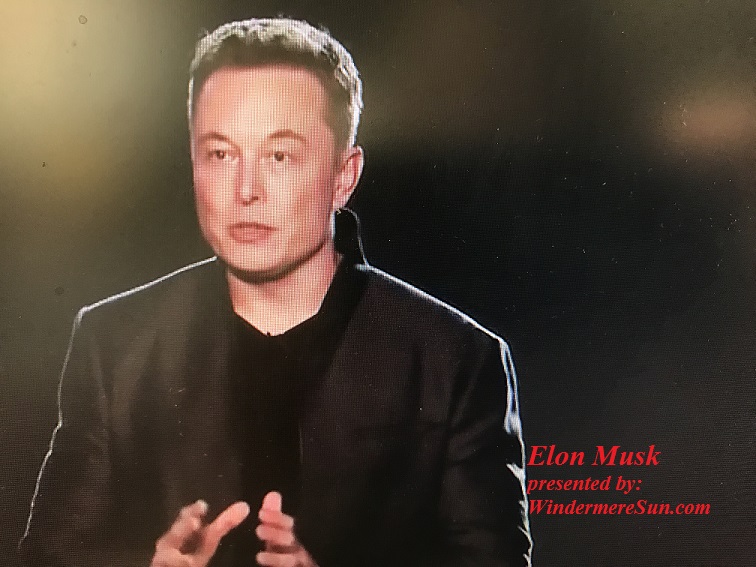 So, in short, Master Plan, Part Deux is:

So, make room for our future of Solar Powered Self-Driving Cars That Will Generate Income For You/All of Us !!!

On Twitter, in the past, he said that solar-power generation captured by Tesla’s Powerwall batteries is key to his vision for the future of Tesla and the world.

“Now that Tesla is ready to scale Powerwall and SolarCity is ready to provide highly differentiated solar, the time has come to bring them together,” Elon Musk wrote.  He also revealed that Tesla has begun working on vehicles in other “major forms of terrestrial transport,” namely heavy trucks and mass-transit vehicles. “Both are in the early stages of development at Tesla and should be ready for unveiling in 2017,” Elon Musk wrote. “We believe the Tesla Semi will deliver a substantial reduction in the cost of cargo transport, while increasing safety and making it really fun to operate.”

Tesla’s goal to build mass-transit vehicles is part of Musk’s push toward fully autonomous vehicles which he says drivers could send off to transport others while they are not using them. Tesla currently offers semi-autonomous driving features on its electric vehicles, the Model S and Model X. He also said Tesla would operate an autonomous ride-hailing service on its own, which would challenge ride-hailing companies like Uber Technologies Inc. and Lyft Inc. It’s the first time Musk has said Tesla plans to create its own such network, indicated by this article (but Elon Musk declined to answer questions about this sector back in 2015).

“In cities where demand exceeds the supply of customer-owned cars, Tesla will operate its own fleet, ensuring you can always hail a ride from us no matter where you are,” Elon Musk wrote.

The only thing I am certain of is change. We surely will be prepared to see much changes occurring quickly in the decades to come. Changes that will lead us into much more solar powered self-driving/autonomous vehicles of all sorts and most optimally and efficiently operated that will leave no time nor vehicles to waste. It will surely be a very bright future for all of us!

I’ve just heard news about the passing of John Glenn, the first American to orbit the earth. Below, is the press statement by John Kerry, Secretary of State.

I join all Americans in mourning the loss of my Senate colleague and good friend John Glenn – a steadfast voice of patriotism and one of our greatest Americans.

John is one of the best and bravest men I’ve ever known. He went to war, went into space, and then he went to Washington where he served the people of Ohio in the Senate for more than two decades, always fighting for the principles he believed in.

His decision to return to space again – more than three decades after his flight around the world on “Friendship 7” – was yet another testament to his character and his deep commitment to his country.

His life will always serve as an inspiration all Americans who believe that the boundaries of human knowledge, curiosity, and exploration know no limits.

There will be a more complete coverage about the life of John Glenn in our next post.