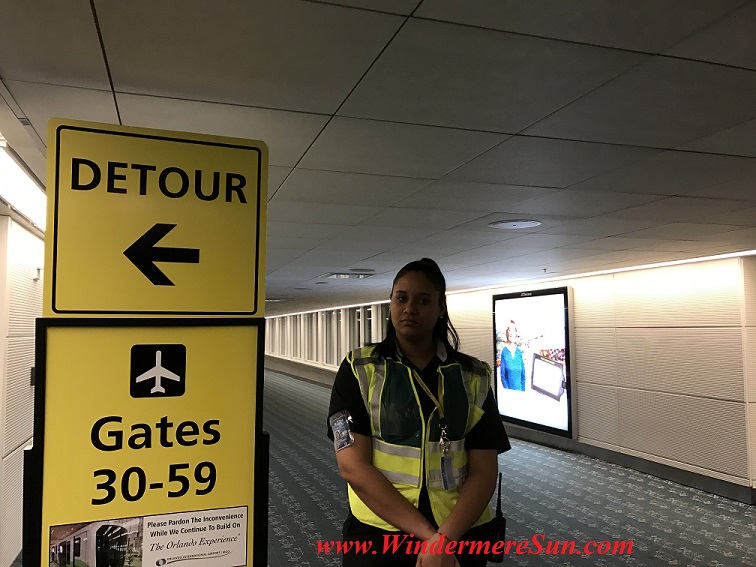 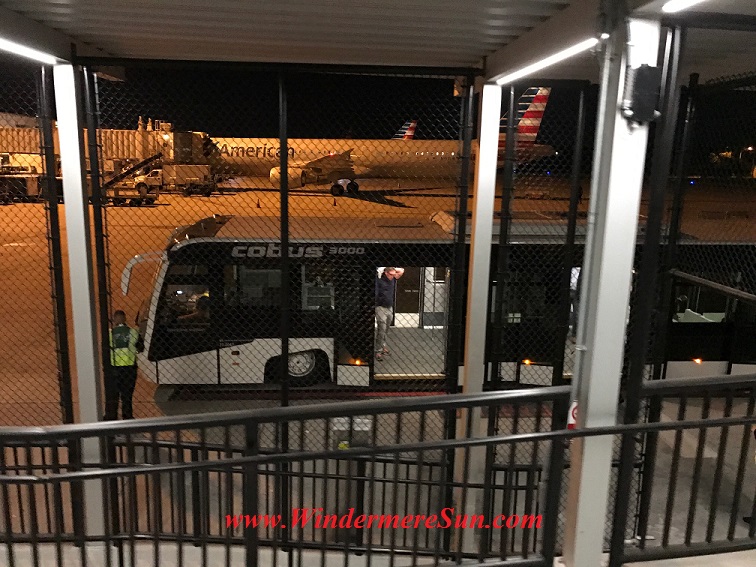 Taking Cobus to get to the other Terminal at Orlando International Airport due to expansion/construction (credit: Windermere Sun-Susan Sun Nunamaker) 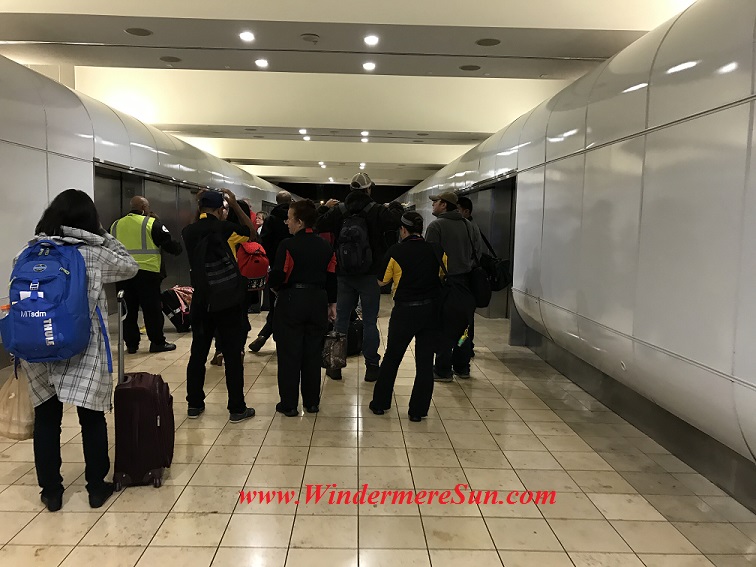 Taking shuttle to get to the other terminal at Orlando International Airport (credit: Windermere Sun-Susan Sun Nunamaker) 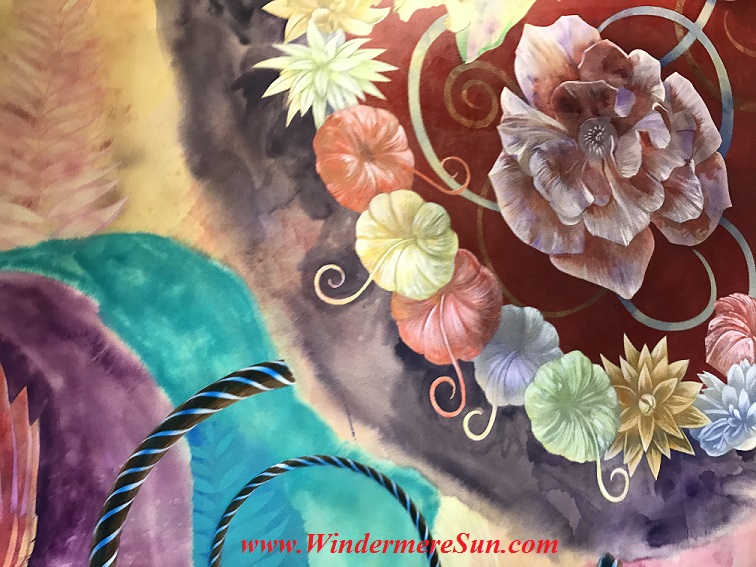 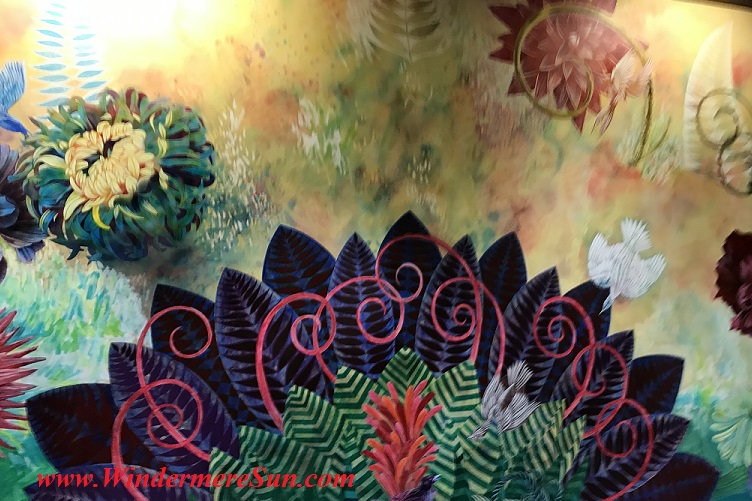 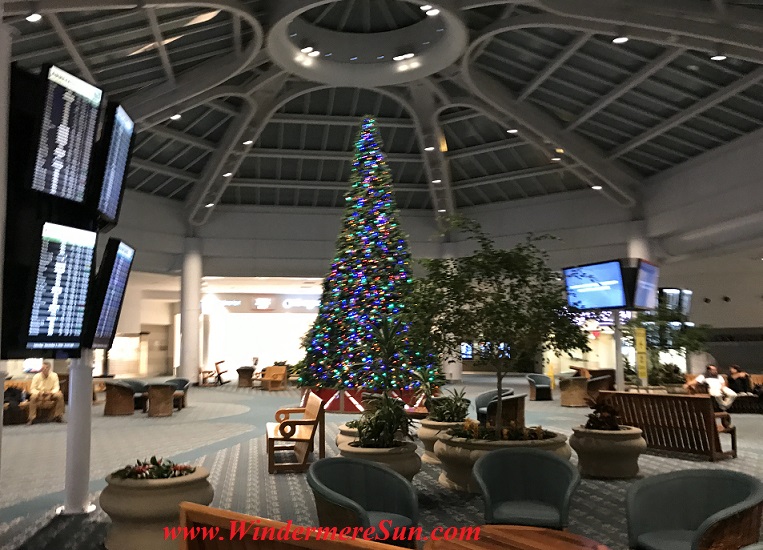 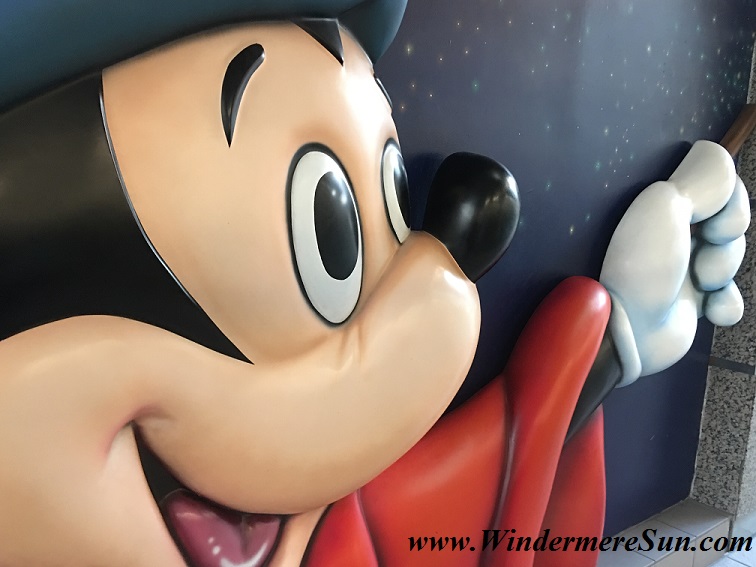 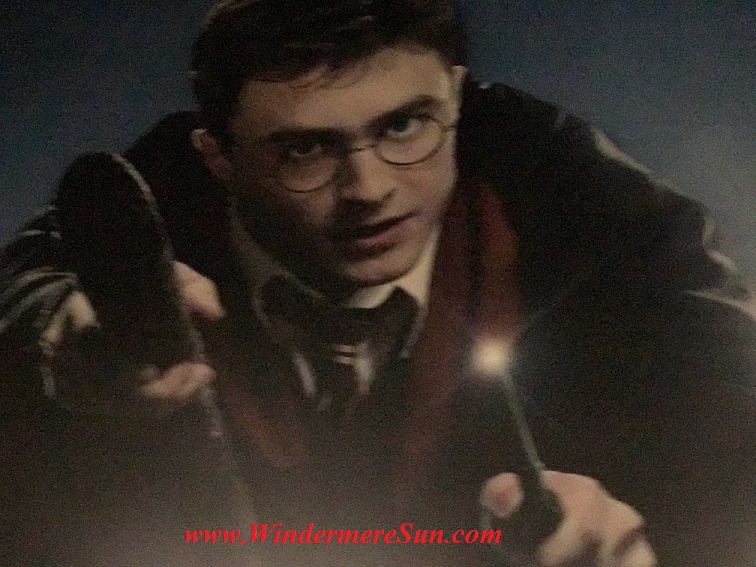 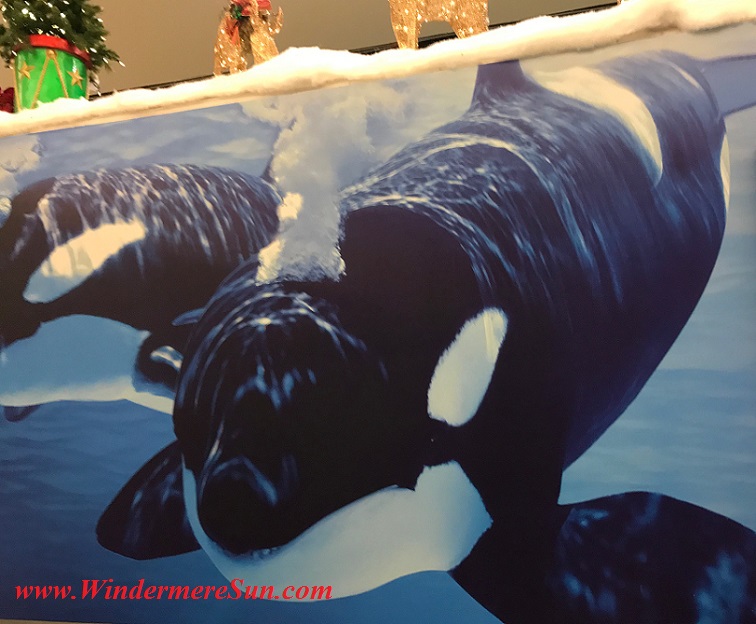 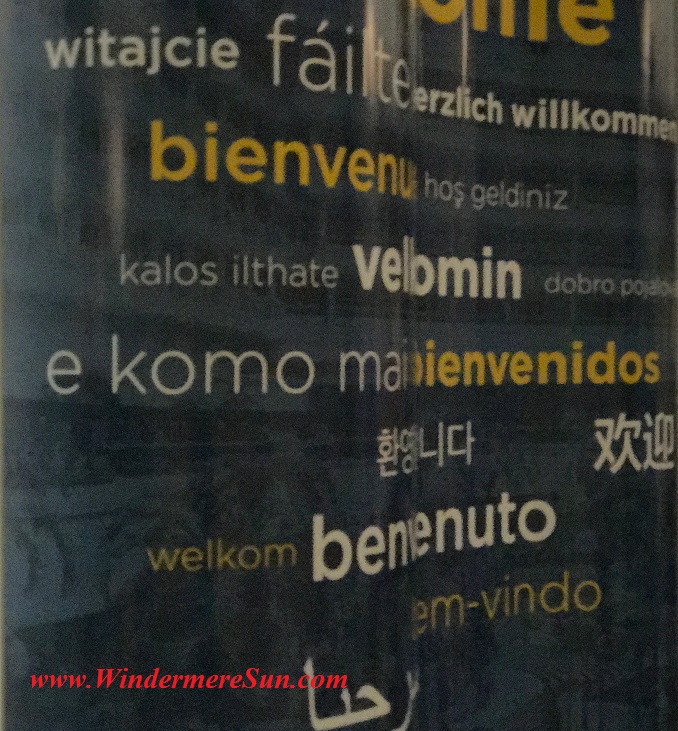 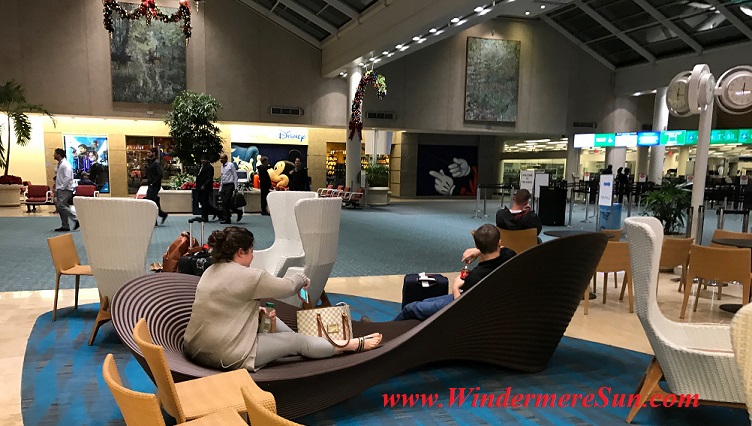 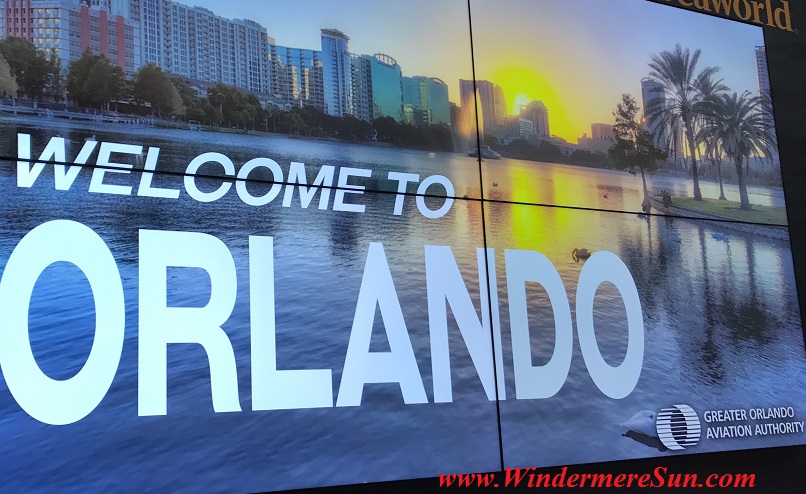 Arriving in OIA (Orlando International Airport) after midnight, returning from visiting my mother and brother in Southern CA, I had to take an unexpected detour cobus to get from Terminal B to Terminal A to the luggage claim. Recalling seeing the sign of construction of Admiral’s Club at Terminal B few days ago when I left Orlando,  these extra time spent on detour jostled my memory bank for any construction or expansion plan of Orlando International Airport (OIA) and brought to mind the press release about the $3.1 billion Capital Improvement Plan (CIP) approved by the Greater Orlando Aviation Authority (GOAA) board back in June of this year. This was further confirmed by the security people at OIA: apparently the extra transport from Terminal B to Terminal A to the luggage claim will be required for travelers arriving between midnight and 4:00 AM at OIA in the coming years while CIP is occurring.

The video below is the OIA Master Plan from 2013:


A key component of the progress, that will impact everyone departing the airport to the south, can be seen with the re-routing of southbound Jeff Fuqua Blvd. The new route takes travelers on a sky bridge overlooking the future Intermodal Terminal Facility (ITF) and South Airport Automated People Mover (APM) Complex. The new roadway was scheduled to open to traffic on June 8, 2016. The multi-year plan of major capital projects establishes target years for implementation of projects based on expected annual passengers, as well as establishing options for funding. The program of investment and improvement is linked to GOAA’s (Greater Orlando Aviation Authority) strategic goals and projects are developed from the Authority’s Master Plan process. The CIP for FY 2016-2023 includes projects to enhance the North Terminal Complex (NTC), construction of the South Airport Automated People Mover (APM) Complex and Intermodal Terminal Facility (ITF), along with funding for the $1.8 billion South Terminal Complex (STC) Phase 1–Terminal C project to begin in early 2017.

“Responding to passenger demand and supporting the dynamic growth in Central Florida have always been hallmarks of our phased development philosophy,” said Greater Orlando Aviation Authority Chairman Frank Kruppenbacher. “This plan reflects the growth of our global appeal as an international travel gateway for business and leisure.”

The objectives of the Greater Orlando Aviation Authority’s Capital Improvement Plan are to both upgrade and create new facilities that will set the standard for excellence in customer service. Projects include:

Construction work on the ticket lobbies, Airside 4 and South Airport APM complex, including the State of Florida-funded Intermodal Terminal Facility for rail initiatives, will occur simultaneously. Design and construction work are already underway and major completion of the projects is expected in 2018. When completed, the North Terminal Facility expansion and renovation projects will increase the facility’s capacity up to 45 million annual passengers. The North Terminal was originally designed to process 24 million annual passengers.

Recent record-setting passenger activity at Orlando International Airport has prompted renewed urgency to increase the airport’s capacity while maintaining highest level of customer service. In May of 2015, the GOAA Board revised the thresholds that would trigger construction of the STC to 38.5 million total annual passengers and two million international passengers on a rolling 12-month average for a period of six months. The international passenger threshold has already been met and the total passenger threshold is expected to be met in May 2016. Projections for the near future continue to trend upward, further demonstrating the importance of the Aviation Authority’s philosophy of building to meet demand.

“Today’s travelers to Central Florida demand a higher level of service and efficient connections to other modes of transportation, so it is essential that we strive to stay at the forefront of innovation, customer care and improved connectivity,” says Greater Orlando Aviation Authority Executive Director Phil Brown. “Our challenge is to provide state-of-the-art services and facilities at an affordable cost.”

Construction on Phase 1 of the South Terminal Complex could begin as early as the first quarter of 2017 and be operational by 2019.

Basic MCO (Orlando International Airport airport code) information:
With an overall total of more than 40 million annual passengers, MCO is the second busiest airport in Florida and 14th busiest in the U.S. The airport has 18,000 employees and generates $31 billion in direct and indirect revenue for the regional economy. Orlando International Airport strives to value and delight its customers through an airport-wide focus and design concept known as The Orlando Experience®.

For more information about this CIP (Capital Improvement Plan), please contact Carolyn Fennell or Rod Johnson in the Office of Public Affairs at the Greater Orlando Aviation Authority at: 407-825-2055.