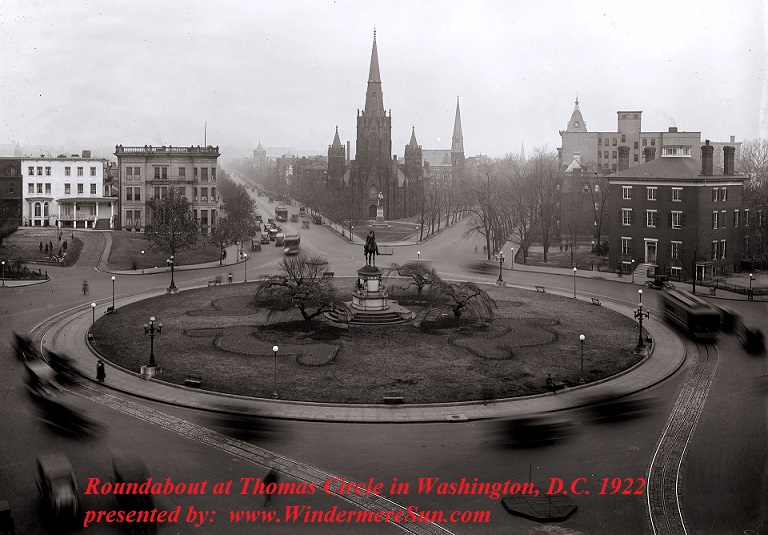 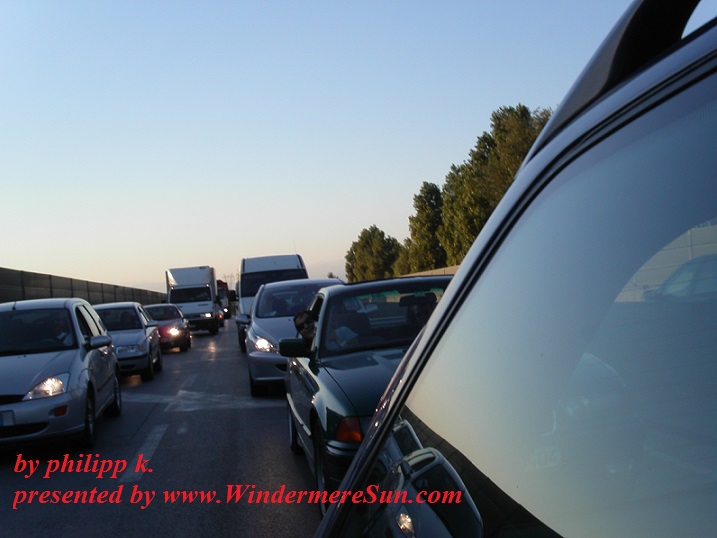 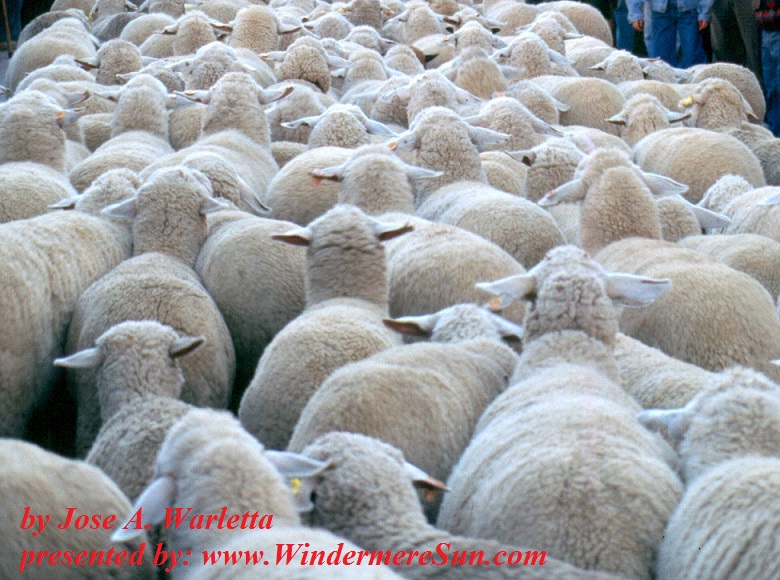 According to the U.S. Census Bureau, Florida overtook New York as the third most populous state in the country in late 2014. Since then, the population gap between the two states has only increased. Between July 2014 and July 2015, Florida’s population grew by 1.8% to 20.3 million. Over the period, New York’s population only grew by 0.2% to 19.8 million.

This certainly helps to explain why a drive to the Y, for me, which used to take 15-20 minutes (ten years ago) now often takes half an hour (or more if it is during rush hours). Fortunately, our responsive local government of Orange County had been taking action to try to solve many different parts of our communities’ traffic concern. There had been multiple projects under construction: 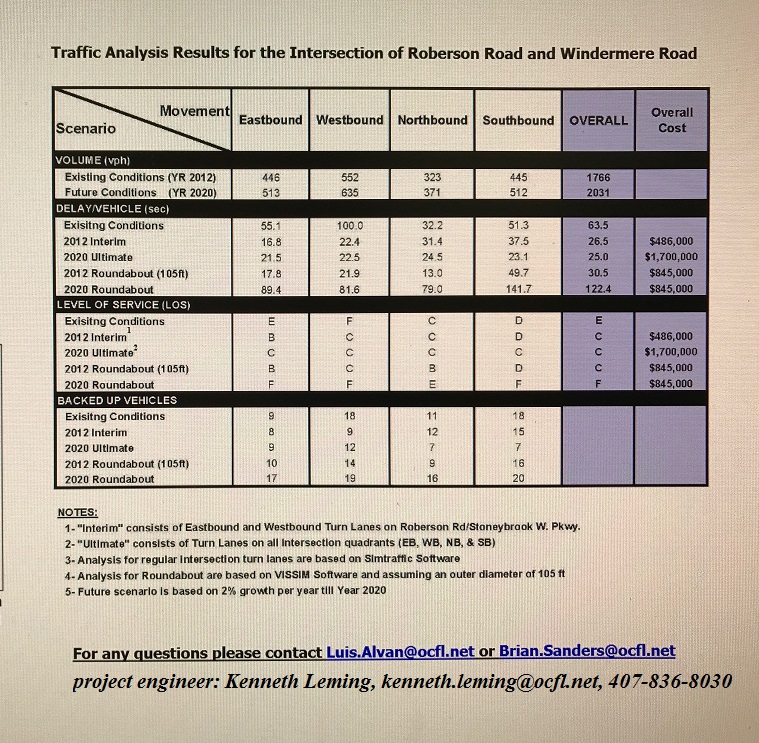 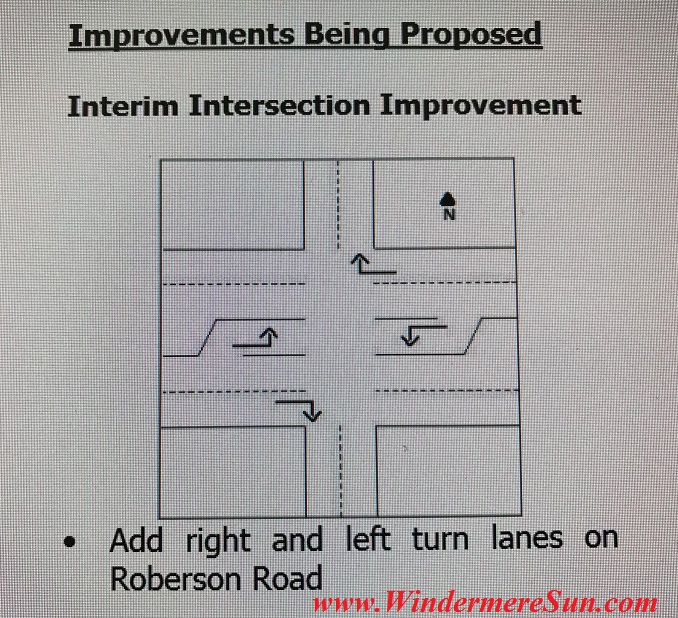 as well as future (ULTIMATE) 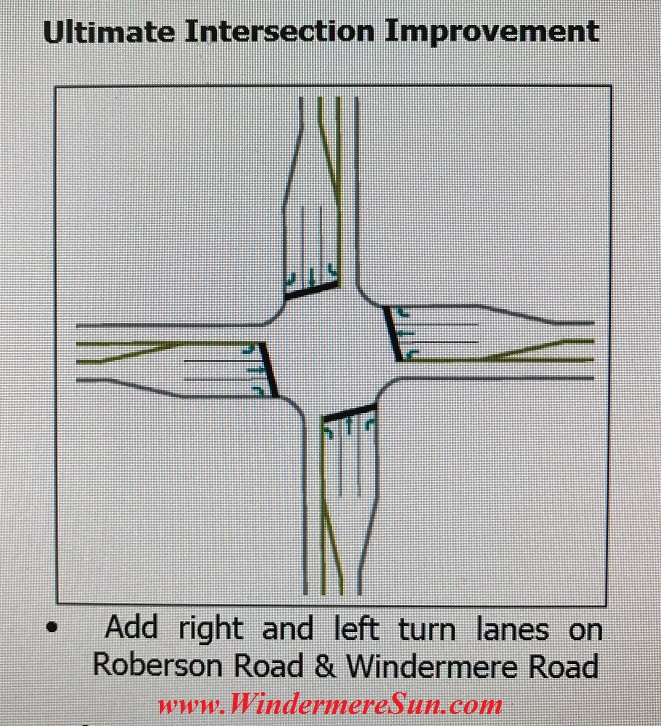 configuration adding turn lanes in all four quadrants and the other type of improvement is an urban roundabout 105′ in diameter. 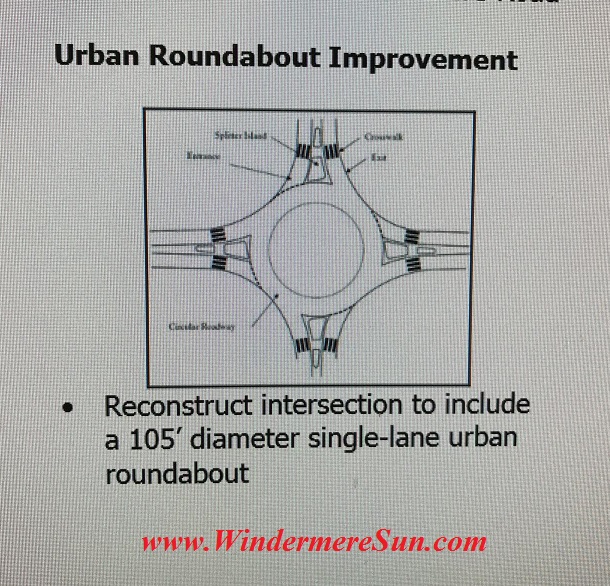 Although Roundabout intersection design is  not often seen in USA, downtown Windermere had been taking advantage of this design for many years. Since many of our Floridian new locals are from other states and may not be familiar with this traffic design, let’s take a look at the history and the mechanism behind this circular intersection design in which road traffic flows almost continuously in one direction around a central island.

Some well known circular junction such as: the 1907 Place de l’Étoile around the Arc de Triomphe in Paris; the 1904 Columbus Circle in Manhattan; and several circles within Washington, D.C. 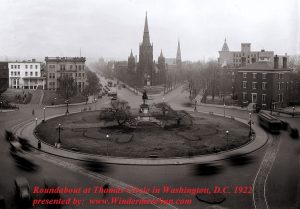 The operating and entry characteristics of these circles differ considerably from modern roundabouts. In 1907 architect John McLaren designed one of the first American roundabouts for both autos and street cars (trams) in the Hanchett Residence Park in what is now San Jose, California . Widespread use of the modern roundabout began when the UK’s Transport Research Laboratory engineers re-engineered circular intersections during the 1960s. Frank Blackmore led the development of the offside priority rule and subsequently invented the mini-roundabout to overcome capacity and safety limitations. The design became mandatory in the United Kingdom for all new roundabouts in November 1966. This give-way requirement has been the law in New York state since the 1920s.

In the United States modern roundabouts emerged in the 1990s. Municipalities introducing new roundabouts often are met with some degree of public resistance, just as in the United Kingdom in the 1960s. Surveys show that negative public opinion reverses as drivers gain experience with roundabouts. A 1998 survey of municipalities found public opinion 68% opposed prior to construction; changing thereafter to 73% in favor.  As of the beginning of the twenty-first century, roundabouts were in widespread use in Europe. For instance, in 2010 France had more than 30,000 roundabouts.

A “modern roundabout” is a type of looping junction in which road traffic travels in one direction around a central island and priority is given to the circulating flow. Signs usually direct traffic entering the circle to slow and to give way to traffic already on it. Because low speeds are required for traffic entering roundabouts, they are physically designed to slow traffic entering the junction to improve safety, so that the roads typically approach the junction radially; whereas rotaries are frequently designed to try to increase speeds, and thus have roads that enter the traffic circle tangentially. Because of the requirement for low speeds, roundabouts usually are not used on controlled-access highways, but may be used on lower grades of highway such as limited-access roads. When such roads are redesigned to take advantage of roundabouts, traffic speeds must be reduced via tricks such as curving the approaches.

The fundamental principle of modern roundabouts is that entering drivers give way to traffic within the roundabout without the use of traffic signals. Traffic circles typically require circling drivers to give way to entering traffic. Generally, exiting directly from the inner lane of a multi-lane roundabout is permitted, given that the intersecting road has as many lanes as the roundabout. By contrast, exiting from the inner lane of a traffic circle is usually not permitted without first merging to the circle’s outside lane. Vehicles circulate around the central island in one direction at speeds of 15–25 miles per hour (24–40 km/h). Direction is determined by whether traffic drives on the right- or left-hand side of the road. In left-hand traffic countries the circulation is clockwise; in others, it is counterclockwise. Multi-lane roundabouts are typically less than 250 feet (76 m) in diameter; traffic circles and roundabout interchanges may be considerably larger. Roundabouts are roughly the same size as signaled intersections with the same capacity.

To better understand the operation of roundabout design, I’ve gathered several videos for your viewing, below:


For more information about the decision of finalizing the design of of this intersection,
for this project is now going to be decided and executed under a local Agency Agreement.
please contact the City Manager of Winter Garden, FL, Michael Bollhoefer, 407-656-4111.

To summarize, How To Drive A Roundabout (information below is provided by INDOT, Indiana Department of Transportation:

Roundabouts can easily accommodate emergency and large-size vehicles. Drivers should behave in the same manner as they would on any other road if an emergency vehicle approaches: carefully move as far right as possible and, if necessary, stop until the emergency vehicle passes.

Benefits of a Roundabout:

With the data such as that gathered from INDOT, I am surprised that Roundabouts have not swept through the country sooner. I imagine we will be seeing a lot more of them springing up in the future.

Any comments, suggestions, concerns regarding this post will be welcomed at [email protected]
Researched, gathered, written, and posted by Windermere Sun-Susan Sun Nunamaker
More about the community at www.WindermereSun.com
Please also get into the habit of checking at these sites below for more on solar energy topics: