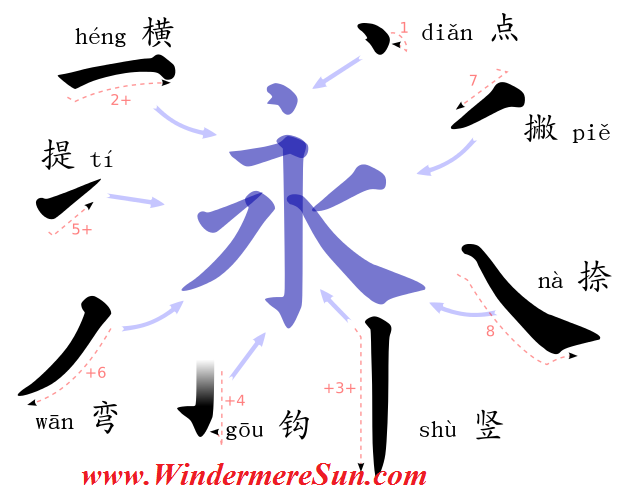 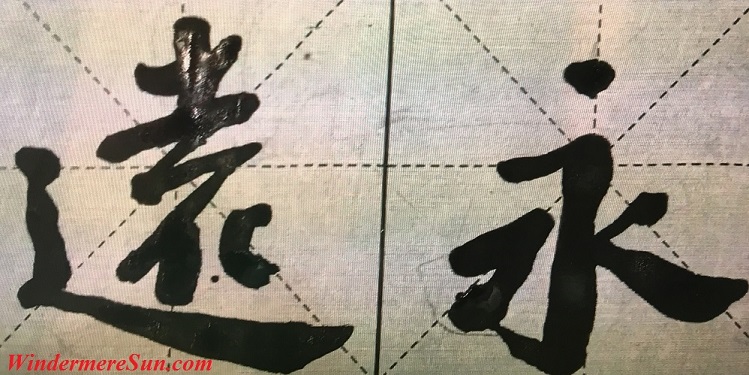 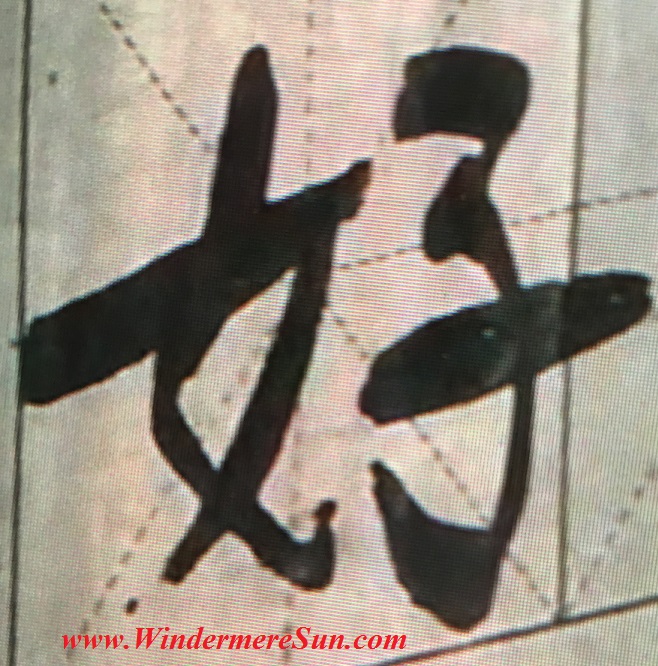 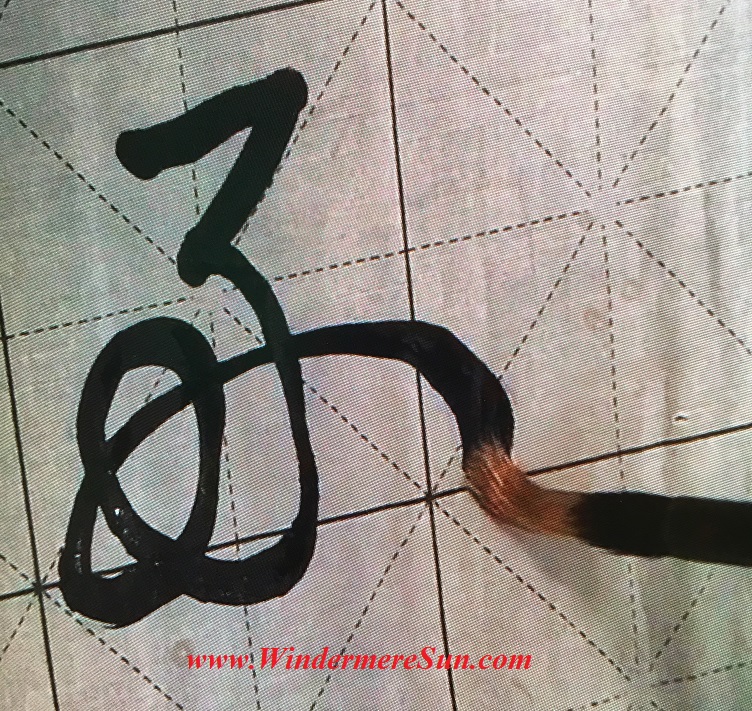 Can you believe that at one summer (many summers ago), I actually used the practice of Chinese calligraphy as an alternative to having air conditioning? For some reason, the focused attention was able to help chase away the heat  in those summer eves in the University of Illinois at Urbana-Champaign dormitory building without AC. So, Chinese calligraphy  definitely have found a warm spot in my memory bank.

Last Sunday afternoon, I happened to be in Fashion Square Mall, YESS/Asia Trend office to drop off some business cards, and managed to have met the Senior Services Director Peter Lau (also the Chinese calligraphy instructor). As it turned out, Chinese calligraphy is taught every Sunday afternoon between 2:00-5:00 PM at the YESS/Asia Trend  (located at 3201 E. Colonial, Suite M-25, Orlando, FL, Fashion Square Mall, next to J.C.Penney). Interested students of Chinese calligraphy may make donation or bring $5 for each session. It is a great way to learn about Chinese language,  culture, and better discipline for one’s mind through focused attention. 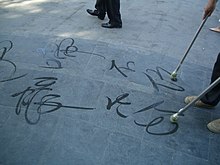 Water calligraphy or ground calligraphy is a popular pastime as it is to do morning exercises and practice calligraphy for all ranks of society.
The shape, size, stretch and type of hair in the brush, the color and density of the ink, as well as the absorptive speed and surface texture of the paper are the main physical parameters influencing the final result. The calligrapher also influences the result by the quantity of ink/water he/she  lets the brush take up, then by the pressure, inclination, and direction he/she gives to the brush, producing thinner or bolder strokes, and smooth or toothed borders. Eventually, the speed, acceleration and deceleration of the writer’s moves, turns, and crochets, and the stroke order give the “spirit” to the characters by influencing greatly their final shape.

Traditionally, the bulk of the study of calligraphy is composed of copying strictly exemplary works from the apprentice’s master or from reputed calligraphers, thus learning them by rote. The master showing the ‘right way’ to draw items, which the apprentice have to copy strictly, continuously, until the move becomes instinctive and the copy perfect. Deviation from the model is seen as a failure. Competency in a particular style often requires many years of practice. Correct strokes, stroke order, character structure, balance, and rhythm are essential in calligraphy. A student would also develop their skills in traditional Chinese arts, as familiarity and ability in the arts contributes to their calligraphy.


Since the development of regular script, nearly all calligraphers have started their study by imitating exemplary models of regular script. A beginning student may practice writing the character 永 (Chinese: yǒng, eternal) 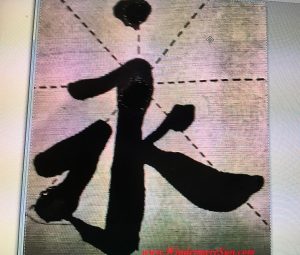 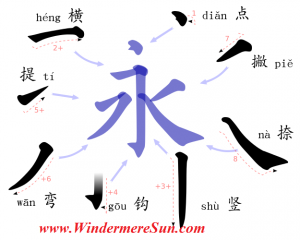 In Japan, smaller pieces of Japanese calligraphy are traditionally written while in seiza. In modern times, however, writers frequently practice calligraphy seated on a chair at a table. Larger pieces may be written while standing; in this case the paper is usually placed directly on the floor, but some calligraphers use an easel.

Basic calligraphy instruction is part of the regular school curriculum in both China and Japan and specialized programs of study exist at the higher education level in China, Korea, and Japan. In contemporary times, debate emerged on the limits of this copyist tradition within the modern art scenes, where innovation is the rule, while changing lifestyles, tools, and colors are also influencing new waves of masters.

Chinese calligraphy is being promoted in Chinese schools to counter Character amnesia brought on by technology usage.

In the video above, I was particularly intrigued by the sustainability of the type of paper being used by Peter Lau to practice Chinese calligraphy. It is definitely aligning with the spirit of recycle and reuse of our 21st century’s concern for the future of our planet. It is also easy to understand the orderliness of this ancient civilization, deeply rooted in so many ways, including its art form of practice of Chinese calligraphy.