How Important Is It For USA Presidential Candidate To Be Related to King John Lackland of England ?

A drawing of the effigy of King John in Worcester Cathedral

Every time I step outside of my house, there are interesting stories waiting to be discovered or dissected.  Dissected, you wonder?! Well, here is how the cookie crumbled……

This morning I took the uber to a meetup meeting, on my uber way back, the uber driver shared a very interesting old news story with me: apparently a twelve-year old girl from CA claimed (in August of 2012, also an election year, mind you) to have traced the ancestors of forty-two of the forty-three USA Presidents (This would translate into forty-three of the forty-four USA Presidents by now) back to King John Lackland of England.  Uber Michael further noted that it will not matter which of the two current presidential candidates (Clinton or Trump) will be elected because they are both related to King John Lackland. This really stirred up my curiosity: 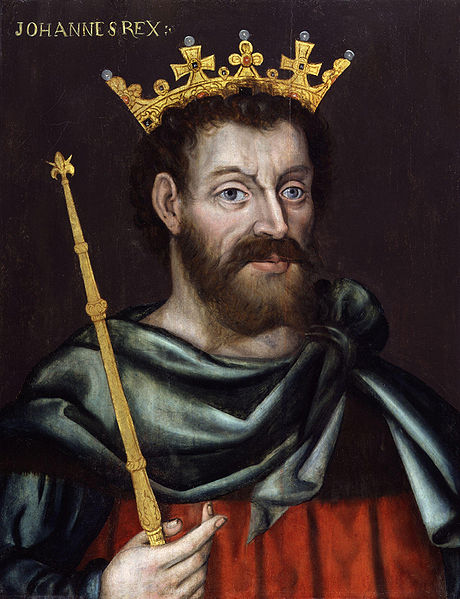 I actually did discover a very interesting proposition: the winning candidate in United States presidential elections would be the candidate with the greatest percentage of “royal blood” in his or her pedigree. The theory was first publicized by Harold Brooks-Baker, who promoted it during several election cycles, ending with the election of 2004. Let’s take a look at some historical background of this theory (from wikipedia, in italicized form):

Every four years for a number of election cycles, Harold Brooks-Baker publicized his theory during the Presidential election campaign, touring the talk circuit and expounding upon it. He gave examples of presidents whose losing opponents did not have royal blood (Reagan vs Mondale), or where the winner simply had “more” royalty (Kennedy vs Nixon). Based on his theory, Brooks-Baker predicted that John Kerry would defeat the incumbent president, George W. Bush, in the 2004 presidential election, because while the candidates shared a number of royal bloodlines, Kerry had more royal ancestors than Bush. However, Bush was re-elected, and Brooks-Baker died a few months later. The theory received fresh interest in 2012, when BridgeAnne d’Avignon, a twelve-year-old schoolgirl from California, claimed to have traced the ancestors of forty-three of the forty-four U. S. Presidents back to King John of England. According to d’Avignon, every president from George Washington to Barack Obama is a descendant of King John, with the sole exception of Martin van Buren.

Critics of the theory point out that perhaps a third of all Americans may be descended from King John, and that the odds of being distantly related to other royalty are even higher. This is an effect of a phenomenon known as pedigree collapse, which occurs due to the doubling of the number of a person’s ancestors with each generation. In theory, each person has over one thousand ancestors after ten generations, and one million after twenty, far exceeding the number of persons actually living in most regions at any point in time. In fact, most people are descended from the same ancestors multiple times through different lines, while anyone living at the time of King John could have tens of millions of descendants in the present day. Proponents of the theory may counter by noting that, even if one third of all Americans are descended from King John, two thirds are not; therefore one would not expect most presidents to count him among their ancestors. However, the leading candidates for President in each election cycle do not represent a random sampling of the American population. Nearly all of the presidents and their opponents have had English ancestors, greatly increasing the likelihood of their descent from King John or other British monarchs. There remains a factual question as to whether the number of each candidate’s royal ancestors or percentage of “royal blood” can be accurately estimated without being able to trace every branch of the candidate’s family tree for an indefinite length. However, the relevance of such descent is also questioned due to the relatively small degree of inheritance a person receives from such distant ancestors. For instance, a person ten generations removed from a royal ancestor would have less than one thousandth of that ancestor’s DNA, and this amount would be halved with each subsequent generation. Thus, even if being a twenty-seventh generation descendant of King John could confer some advantage on a presidential contender, it is unclear how it would have any measurable effect.

To Understand How Pedigree Collapse Work: Without pedigree collapse, a person’s ancestor tree is a binary tree, formed by the person, the parents (2), the grandparents (4), great-grandparents (8), and so on. However, the number of individuals in such a tree grows exponentially and will eventually become impossibly high. For example, a single individual alive today would, over 30 generations going back to the High Middle Ages, have

or roughly a billion ancestors, more than the total world population at the time.

What does this mean to us? It means that all humans can trace their family tree back to a surprisingly small group of common ancestors. Here are some fascinating statistics:

Demographer Kenneth Wachtel estimates that the typical English child born in 1947 would have had around 60,000 theoretical ancestors at the time of the discovery of America. Of this number, 95 percent would have been different individuals and 5 percent duplicates. (Sounds like Invasion of the Body Snatchers, but you know what I mean.) Twenty generations back the kid would have 600,000 ancestors, one-third of which would be duplicates. At the time of the Black Death, he’d have had 3.5 million – 30 percent real, 70 percent duplicates. The maximum number of “real” ancestors occurs around 1200 AD – 2 million, some 80 percent of the population of England.

So, seriously, every human on Earth may be related to every other human within a couple hundred generations or so. Every living creature is related to every other living creature, it’s just a question of how many generations  back you have to go. Humans and chimpanzees had a common ancestor around 5 million years ago or around 250,000 generations back. Humans and birds diverged more than 300 million years ago, so that might take 30 million generations. It’s a question of understanding the exponential effect in mathematics that would help us to truly appreciate how connected or related we are all to one another here on planet earth. Perhaps it is not an issue of how important is it for USA presidential candidate to be related to King John Lackland….for we are all related to each other under the family tree of Homo Sapiens. What’s more, next time you’re tempted to kill off an annoying ant or cock roach, you may want to think twice for….you might be killing off your distant distant cousin many many generations removed……