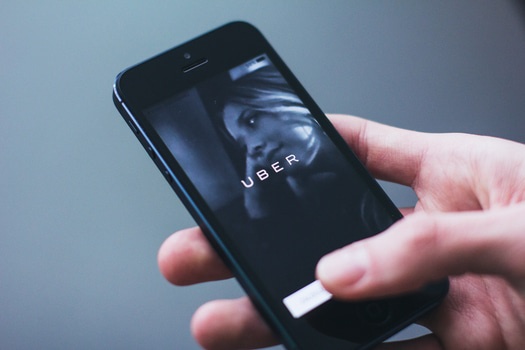 
The concept of Ride-Sharing is fantastic! So fantastic that I wrote a post on another ride-sharing service/business, Lyft, back in 2014 when Uber and Lyft were first being introduced to Central Florida region.  During GES2016 (Global Entrepreneurship Summit 2016), I was fortunate to have come across an interview between Senior Advisor to President Obama, Valerie Jarrett with Uber Cofounder Travis Kalanick, shared above. In case any of you is not familiar with the business model of Uber, some basic information from wikipedia is provided below (in italics):

Uber Technologies Inc. is an American multinational online transportation network company headquartered in San Francisco, California. It develops, markets and operates the Uber mobile app, which allows consumers with smartphones to submit a trip request which is then routed to Uber drivers who use their own cars. As of May 2016, the service was available in over 66 countries and 449 cities worldwide. Since Uber’s launch, several other companies have replicated its business model, a trend that has come to be referred to as “Uberification”. Uber was founded as “UberCab” by Travis Kalanick and Garrett Camp in 2009 and the app was released the following June. Beginning in 2012, Uber expanded internationally. In 2014, it experimented with carpooling features and made other updates. Klout ranked the San Francisco-based company as the 48th-most powerful company in America in 2014. By late-2015, Uber was estimated to be worth $62.5 billion. The legality of Uber has been challenged by governments and taxi companies, who allege that its use of drivers who are not licensed to drive taxicabs is unsafe and illegal. In January 2012 in Washington D.C., an Uber driver’s cab was impounded as part of a sting by the Washington, D.C. taxicab commission. The commissioner said the company was operating an unlicensed taxicab service in the city. Following a social media campaign by Uber’s users, the D.C. city council voted in July (2012) to formally legalize this type of service with no minimum fare, which led to taxicab drivers protesting.

The name “Uber” is apparently a reference to the common (and somewhat slangy) word “uber”, meaning “super”, and having its origins in the German word über.

The good news is that Uber is now available both in Orlando and Windermere, FL. Truly, Uber is quite super in the fact that it is all inclusive, accepting of all kinds of people to be uber drivers while providing the flexibility of scheduling that enable uber drivers to fit their work hours around their lives. As a matter of fact, while in San Francisco, I met many uber drivers who were simply driving to supplement their day time jobs’ income.  This business model will be able to help many people to transition between careers or becoming their own boss. It will also enable many people to have the option of freeing oneself from car ownership (but still be able to have access to transport at quite possibly lower expenses.) Subsequently, this is a great way to bring forth cushioning for economic stability and social justice. Lastly, I loved Travis Kalanick’s comment about “the role of an entrepreneur is basically to understand the difference between perception and reality;perception is conventional wisdom….the difference between perception and reality is innovators’ playground…you have to get used to others telling you that what you’re doing is crazy and that what you’re doing is not possible or it’s not going to work. Then it is persistence and empathy with reality that will ultimately bring forth success.”

I fully intend to try to use uber more often in Central Floirda and see if Uber-Orlando or Uber-Windermere will be able to beat the 4-6 minute wait time that I have experienced in San Francisco area. Hopefully, more Floridians will consider taking part in this ride-sharing service and help to provide greater economic stability and social justice for many. I will keep you posted of my experiment with Uber in Orlando/Central Florida in a future post.

For those of you who would like to try to become a Uber/Lyft driver, here are some tips, below:

*Later, in first week of July, I found out that Lake Mary, Longwood, Sanford, Maitland, and Altamonte Springs are offering to pick up 25% of the cost of using Uber to or from a SunRail train station within these cities. These cities will also pick up 20% of the fare for using Uber on all trips that begin and end within each of these cities as a way to ease traffic congestion. The Uber discounts offered by these five cities will run through July, 2017.
~Let’s Help One Another~
Any comments, suggestions, concerns regarding this post will be welcomed at info.WindermereSun@gmail.com
Photographed, written, and posted by Windermere Sun-Susan Sun Nunamaker
More about the community at www.WindermereSun.com
Please also get into the habit of checking at these sites below for more on solar energy topics: