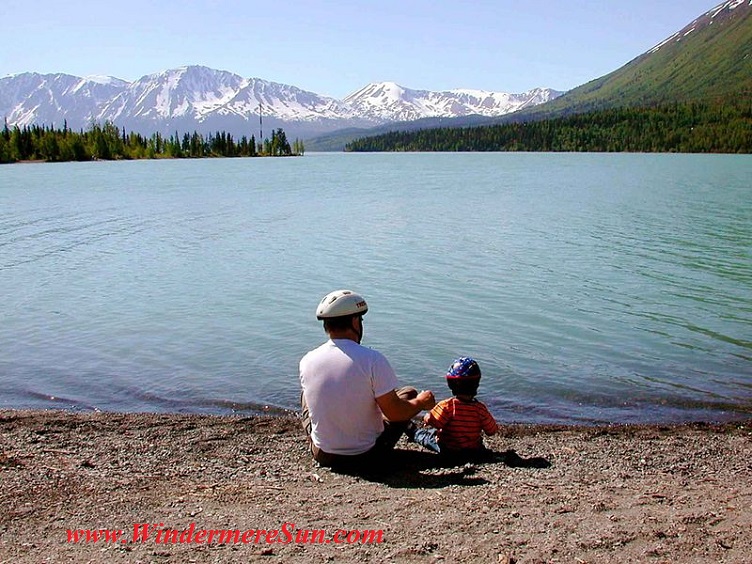 A father with his son by the lake (Public domain, by Laubenstein, Karen, U.S. Fish and Wildlife Service) 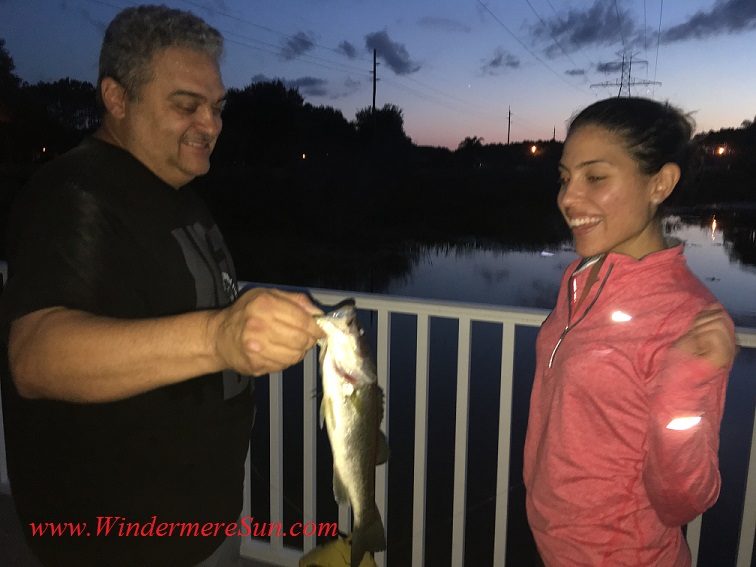 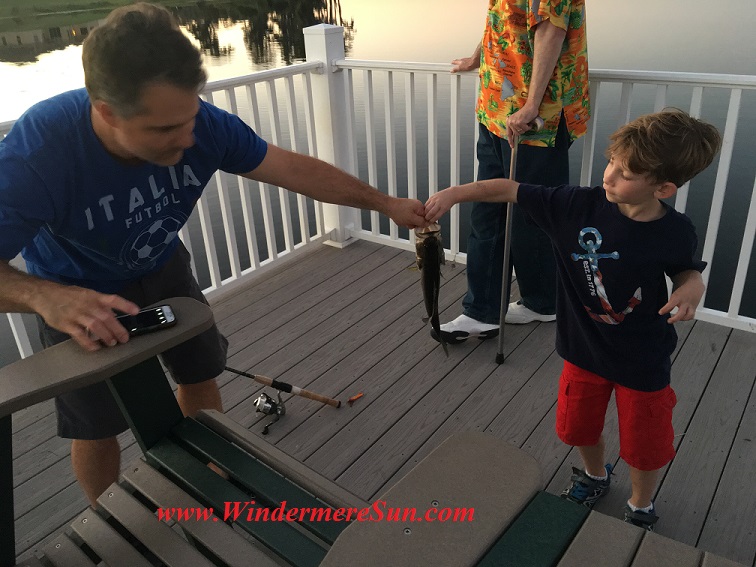 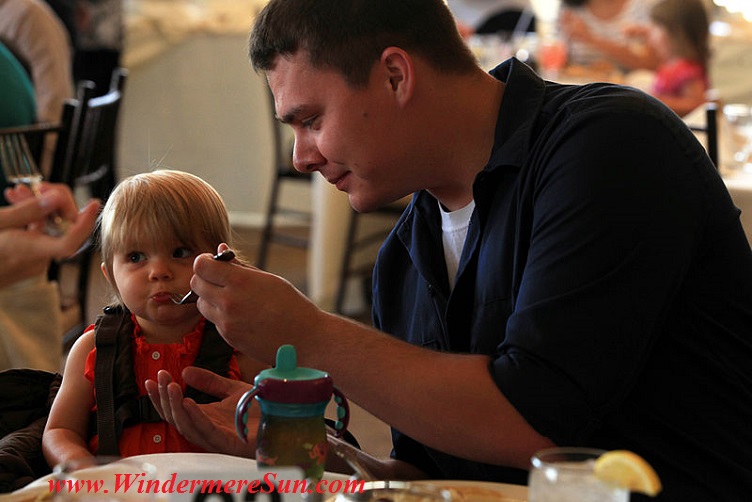 Sharing these precious moments between a father and his child, be it son or daughter, above.

In light of the upcoming Father’s Day on Sunday, June 19, 2016, this year, be sure to spend some quality time with your father on Sunday, June 19, 2016: be it in spending some time playing a game of chess or monopoly, watching a movie together, strolling down a winding path, fishing on a community dock, eating a meal together, or planting a tree or weeding in the yard together….all of these moments will accumulate in your treasure chest of memories….


The path to celebrating Father’s Day has not been an easy one. Let’s take a look at how we’ve arrived on the Third Sunday of June as the official Father’s Day.

Father’s Day was inaugurated in the early 20th century to complement Mother’s Day in celebrating fathers and male parenting. After Anna Jarvis’ successful promotion of Mother’s Day in Grafton, West Virginia, the first observance of a “Father’s Day” was held on July 5, 1908, in Fairmont, West Virginia, in the Williams Memorial Methodist Episcopal Church South, now known as Central United Methodist Church. Grace Golden Clayton was mourning the loss of her father when, on December 1907, the Monongah Mining Disaster in nearby Monongah killed 361 men, 250 of them fathers, leaving around a thousand fatherless children. Clayton suggested her pastor Robert Thomas Webb to honor all those fathers. Clayton’s event did not have repercussions outside of Fairmont for several reasons, among them: the city was overwhelmed by other events, the celebration was never promoted outside of the town itself and no proclamation was made in the city council. Also two events overshadowed this event: the celebration of Independence Day July 4, 1908, with 12,000 attendants and several shows including a hot air balloon event, which took over the headlines in the following days, and the death of a 16-year-old girl on July 4. The local church and council were overwhelmed and they did not even think of promoting the event, and it was not celebrated again for many years. The original sermon was not reproduced in press and it was lost. Finally, Clayton was a quiet person, who never promoted the event or even talked to other persons about it.

In 1910, a Father’s Day celebration was held in Spokane, Washington, at the YMCA by Sonora Smart Dodd, who was born in Arkansas. Its first celebration was in the Spokane YMCA on June 19, 1910. Her father, the civil war veteran William Jackson Smart, was a single parent who raised his six children there. After hearing a sermon about Jarvis’ Mother’s Day in 1909 at Central Methodist Episcopal Church, she told her pastor that fathers should have a similar holiday honoring them. Although she initially suggested June 5, her father’s birthday, the pastors did not have enough time to prepare their sermons, and the celebration was deferred to the third Sunday of June. Several local clergymen accepted the idea, and on June 19, 1910, the first Father’s Day, “sermons honoring fathers were presented throughout the city.”

However, in the 1920s, Dodd stopped promoting the celebration because she was studying in the Art Institute of Chicago, and it faded into relative obscurity, even in Spokane. In the 1930s, Dodd returned to Spokane and started promoting the celebration again, raising awareness at a national level. She had the help of those trade groups that would benefit most from the holiday, for example the manufacturers of ties, tobacco pipes, and any traditional present to fathers. By 1938 she had the help of the Father’s Day Council, founded by the New York Associated Men’s Wear Retailers to consolidate and systematize the commercial promotion. Americans resisted the holiday for its first few decades, viewing it as nothing more than an attempt by merchants to replicate the commercial success of Mother’s Day, and newspapers frequently featured cynical and sarcastic attacks and jokes. However, said merchants remained resilient and even incorporated these attacks into their advertisements. By the mid-1980s, the Father’s Council wrote that “(…) [Father’s Day] has become a Second Christmas for all the men’s gift-oriented industries.”

A bill to accord national recognition of the holiday was introduced in Congress in 1913. In 1916, President Woodrow Wilson went to Spokane to speak in a Father’s Day celebration and wanted to make it official, but Congress resisted, fearing that it would become commercialized. US President Calvin Coolidge recommended in 1924 that the day be observed by the nation, but stopped short of issuing a national proclamation. Two earlier attempts to formally recognize the holiday had been defeated by Congress. In 1957, Maine Senator Margaret Chase Smith wrote a proposal accusing Congress of ignoring fathers for 40 years while honoring mothers, thus “[singling] out just one of our two parents”. In 1966, President Lyndon B. Johnson issued the first presidential proclamation honoring fathers, designating the third Sunday in June as Father’s Day. Six years later, the day was made a permanent national holiday when President Richard Nixon signed it into law in 1972.

In addition to Father’s Day, International Men’s Day is celebrated in many countries on November 19 for men and boys who are not fathers.

~Let’s Help One Another~
Any comments, suggestions, concerns regarding this post will be welcomed at [email protected]
Gathered, Photographed, written, and posted by Windermere Sun-Susan Sun Nunamaker
More about the community at www.WindermereSun.com
Please also get into the habit of checking at these sites below for more on solar energy topics: