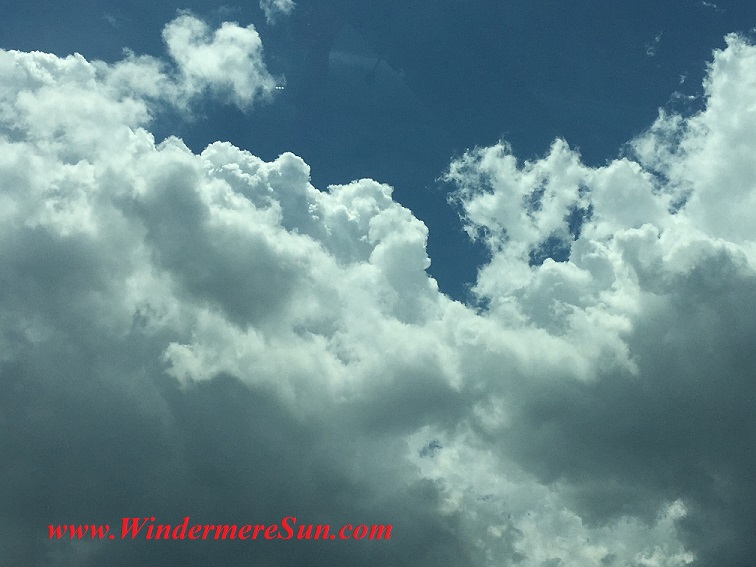 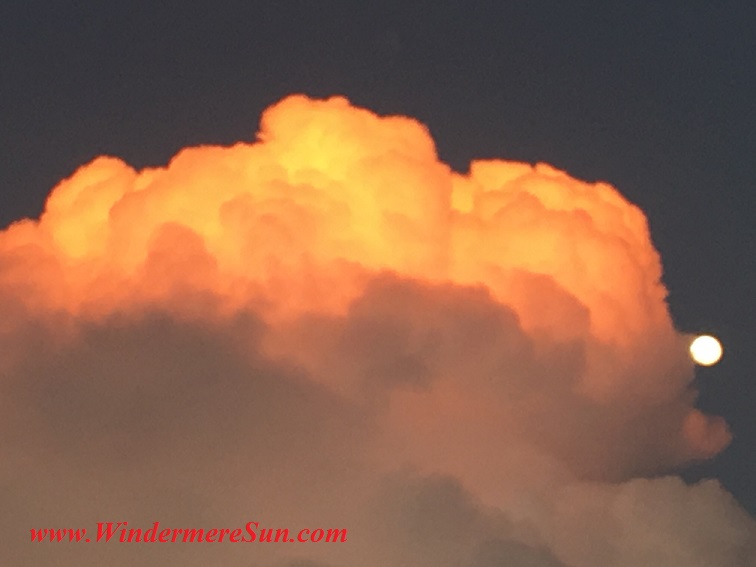 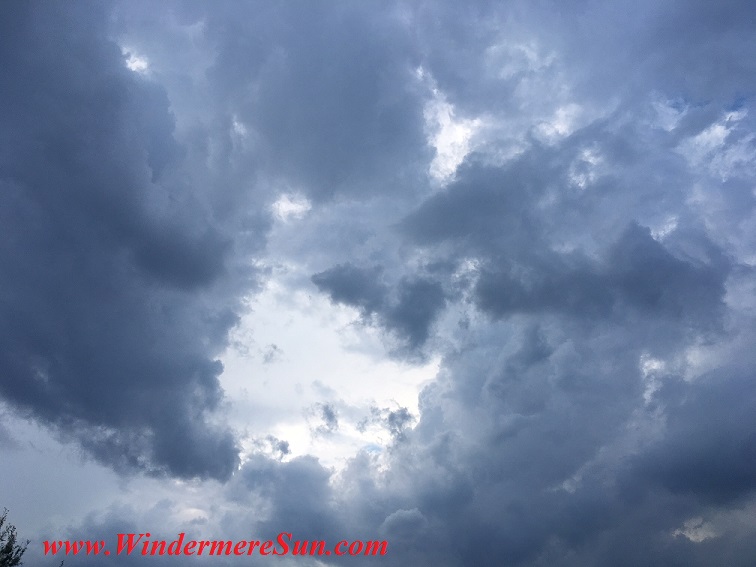 I adore the fluffy clouds, fresh air, and open sky of Central Florida! Obviously I am not alone in having this opinion. An Israeli artist I’ve met once commented that he LOVES the clouds here in Central Florida that even the sky seems much bigger here! Well, I’ll let you be the judge of this statement/sentiment…..sharing photos of various Central Floridian clouds of today (in today’s post photo gallery above, using > to see more photos), taken at different locations and different times in the day….. 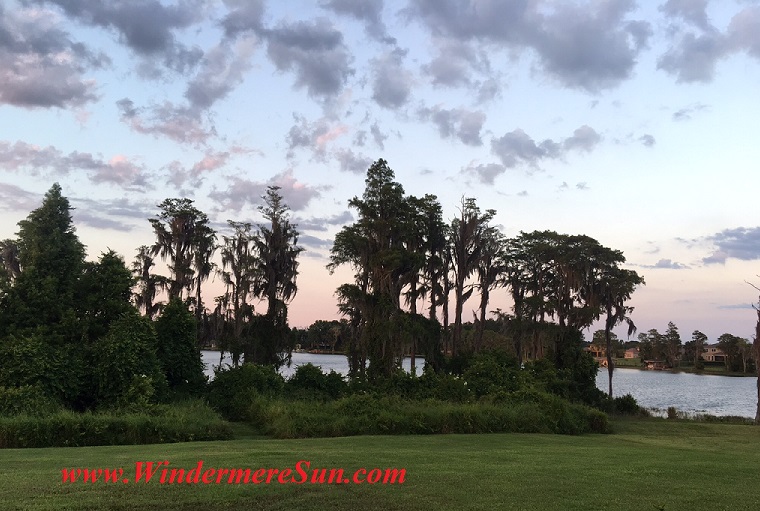 In meteorology, a cloud is an aerosol comprising a visible mass of minute liquid droplets or frozen crystals, both of which are made of water or various chemicals. The droplets or particles are suspended in the atmosphere above the surface of a planetary body. On Earth clouds are formed by the saturation of air in the homosphere (which includes the troposphere, stratosphere, and mesosphere) when air cools or gains water vapor. The science of clouds is nephology which is undertaken in the cloud physics branch of meteorology.

Cloud types in the troposphere, the atmospheric layer closest to Earth’s surface, have Latin names due to the universal adaptation of Luke Howard‘s nomenclature. It was formally proposed in December 1802 and published for the first time the following year. It became the basis of a modern international system that classifies these tropospheric aerosols into five physical forms; stratiform, stratocumuliform, cirriform, cumuliform, and cumulonimbiform. Most of these forms can be found in the high, middle, and low altitude levels or étages of the troposphere, although cirriform clouds only occur in the high altitude range. The forms and étages are cross-classified to produces ten basic genus-types or genera. A cloud genus can therefore be defined as any physical form that is particular to a given étage, or simultaneously to more than one étage if the genus-type has significant vertical extent. Most genera can be divided into species that are often subdivided into varieties where applicable.

Clouds that form higher up in the stratosphere and mesosphere have common names for their main types, but are sub-classified alpha-numerically rather than with the elaborate system of Latin names given to cloud types in the troposphere. They are relatively uncommon and are mostly seen in the polar regions of Earth. Clouds have been observed on other planets and moons within the Solar System, but, due to their different temperature characteristics, they are often composed of other substances such as methane,ammonia, and sulfuric acid as well as water. 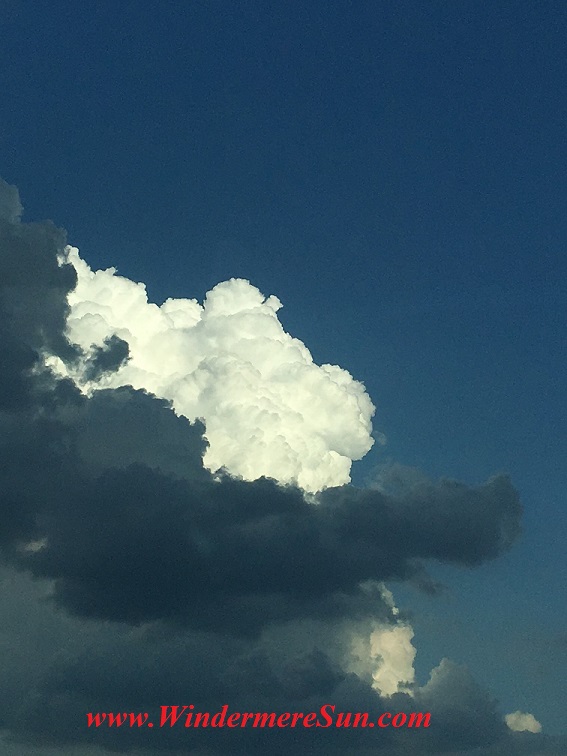 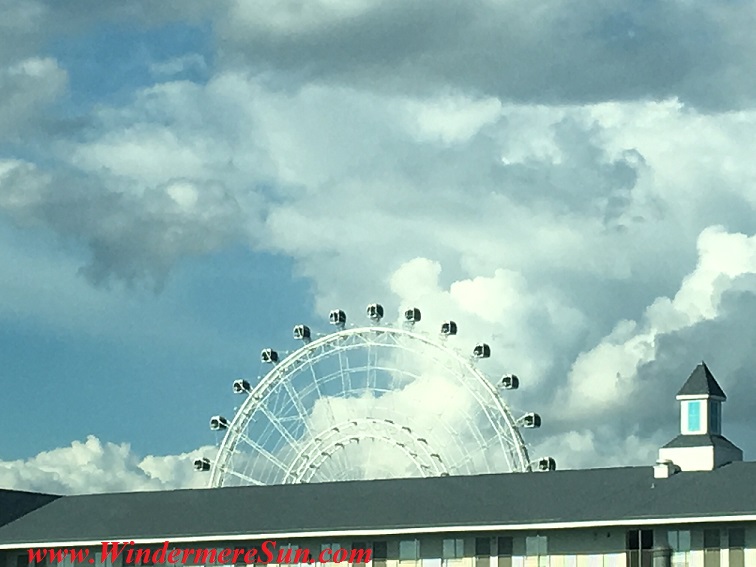 The origin of the term cloud can be found in the old English clud or clod, meaning a hill or a mass of rock. Around the beginning of the 13th century, it was extended as a metaphor to include rain clouds as masses of evaporated water in the sky because of the similarity in appearance between a mass of rock and a cumulus heap cloud. Over time, the metaphoric term replaced the original old English weolcan to refer to clouds in general 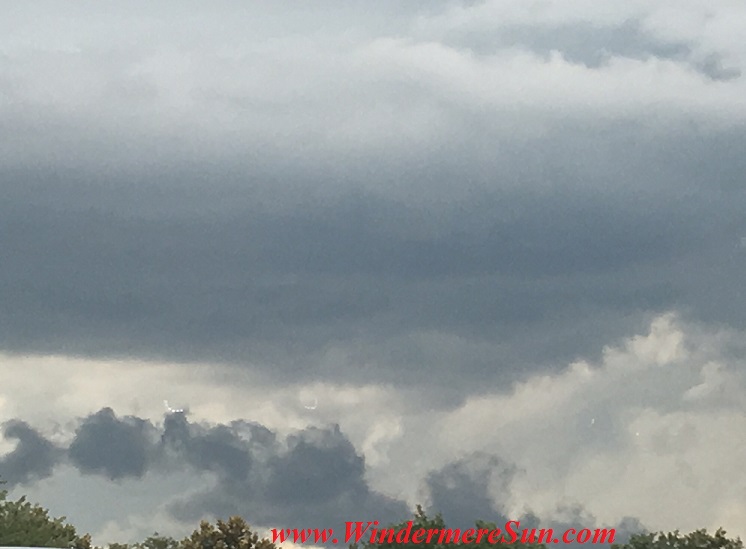 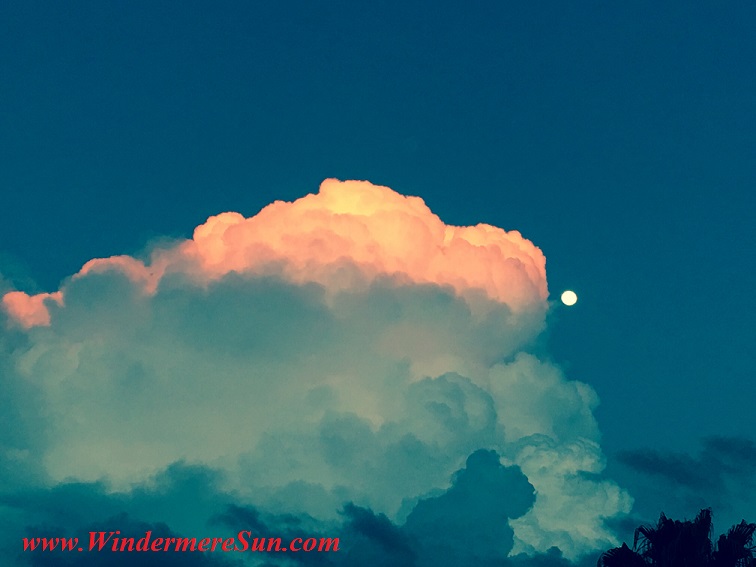 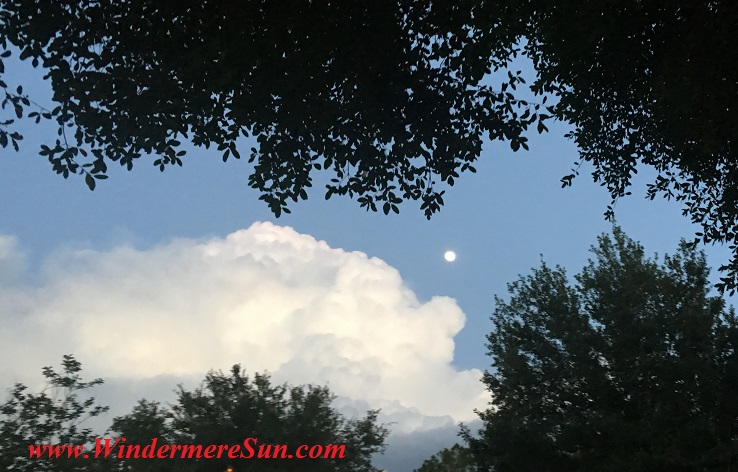 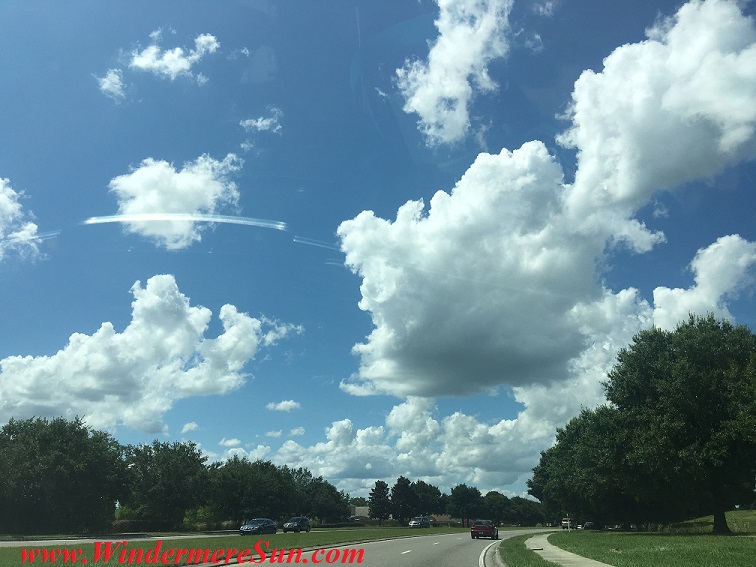 Hope you’ve enjoyed Central Florida’s fluffy clouds and open blue sky as much as I have….
Does the sky seem much bigger to you?