Serving Dandelion at Your Table

One Spring afternoon many many years ago, our daughter came home after her half-day in kindergarten, excitedly showing us that she learned from one of her classmates how she could munch on dandelions! She loved the idea of  eating these wildly flowering weeds! It is actually much safer to eat the dandelions grown in the wild than those appearing in residential lawns because wildly grown dandelions are not faced with human interference, use of herbicides. 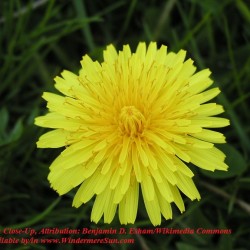 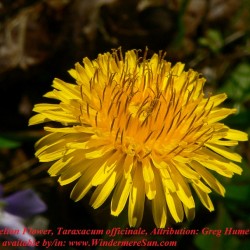 These tiny unassuming flowering plants are native to Eurasia and North America. Dandelions are thought to have evolved about 30 million years ago in Eurasia. They have been used by humans for food and as an herb for much of recorded history. Its Latin name Taraxacum originates in medieval Persian writings on pharmacy. The Persian scientist Al-Razi around 900 AD wrote “the tarashaquq is like chicory“. The Persian scientist and philosopher Ibn Sīnā around 1000 AD wrote a book chapter on Taraxacum. Gerard of Cremona, in translating Arabic to Latin around 1170, spelled it tarasacon. The English name, dandelion, is a corruption of the French dent de lion meaning “lion’s tooth”, referring to the coarsely toothed leaves. 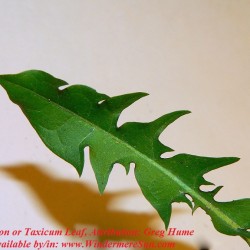 The plant is also known as blowball, cankerwort, doon-head-clock, witch’s gowan, milk witch, lion’s-tooth, yellow-gowan, Irish daisy, monks-head, priest’s-crown, and puff-ball; other common names include faceclock, pee-a-bed, wet-a-bed, swine’s snout, white endive, and wild endive.The English folk name “piss-a-bed” (and indeed the equivalent contemporary French pissenlit) refers to the strong diuretic effect of the plant’s roots. In various northeastern Italian dialects, the plant is known as pisacan (“dog pisses“), because they are found at the side of pavements. In Swedish, it is called maskros (worm rose) after the small insects (thrips) usually present in the flowers. In Finnish and Estonian, the names (voikukka, võilill) translate as butter flower, due to the color of the flower.

Dandelions are found on all continents and have been gathered for food since prehistory, but the varieties cultivated for consumption are mainly native to Eurasia. A perennial plant, its leaves will grow back if the taproot is left intact. To make leaves more palatable, they are often blanched to remove bitterness, or sauteed in the same way as spinach. Dandelion leaves and buds have been a part of traditional Kashmiri, Slovenian, Sephardic, Chinese, and Korean cuisines. The flower petals, along with other ingredients, usually including citrus, are used to make dandelion wine. The ground, roasted roots can be used as a caffeine-free dandelion coffee. Dandelion was also traditionally used to make the traditional British soft drink dandelion and burdock, and is one of the ingredients of root beer. Also, dandelions were once delicacies eaten by the Victorian gentry, mostly in salads and sandwiches. Dandelion leaves contain abundant vitamins and minerals, especially vitamins A, C, and K, and are good sources of calcium, potassium, iron, and manganese.


Historically, dandelion was prized for a variety of medicinal properties, used as a herbal remedy in Europe, North America, and China, to treat infections, bile and liver problems, and as a diuretic (great for cleansing kidney). Take a look at a video showing us how to make dandelion flower tea, below: Now for a look at Dandelion Coffee (caffeine free), below:
Dandelions are also important plants for Northern Hemisphere bees, providing an important source of nectar and pollen early in the season. Dandelions are used as food plants by the larvae of some species of Lepidoptera (butterflies and moths). They are also used as a source of nectar by the pearl-bordered fritillary (Boloria euphrosyne), one of the earliest emerging butterflies in the spring.The dandelion plant is a beneficial weed, with a wide range of uses, and is even a good companion plant for gardening. Its taproot will bring up nutrients for shallower-rooting plants, and add minerals and nitrogen to soil. It is also known to attract pollinating insects and release ethylene gas which helps fruit to ripen.

Dandelions secrete latex when the tissues are cut or broken, yet in the wild type, the latex content is low and varies greatly. Using modern cultivation methods and optimization techniques, scientists in the Fraunhofer Institute for Molecular Biology and Applied Ecology (IME) in Germany developed a cultivar that is suitable for commercial production of natural rubber. The latex produced exhibits the same quality as the natural rubber from rubber trees. In collaboration with Continental Tires, IME is building a pilot facility. As of May 2014, the first prototype test tires made with blends from dandelion-rubber are scheduled to be tested on public roads over the next few years.

It is true that dandelion pollen may cause allergic reactions when eaten, or adverse skin reactions in sensitive individuals. Contact dermatitis after handling has also been reported, probably from the latex in the stems and leaves. Due to its high potassium level, dandelion can also increase the risk of hyperkalemia when taken with potassium-sparing diuretics.

Next time we see a dandelion peeking through our garden soil, instead of considering it as a nuisance, perhaps we should look at it with a newly realized level of respect? I believe you can also find them sold in Whole Food stores from time to time. Make good use of them!