Our Hats Off To Jean Vasicek, Local Beekeeper For Winter Park Honey 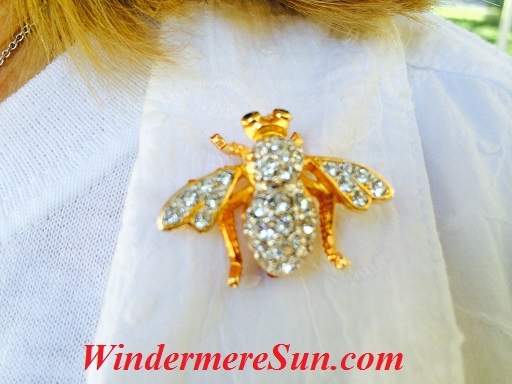 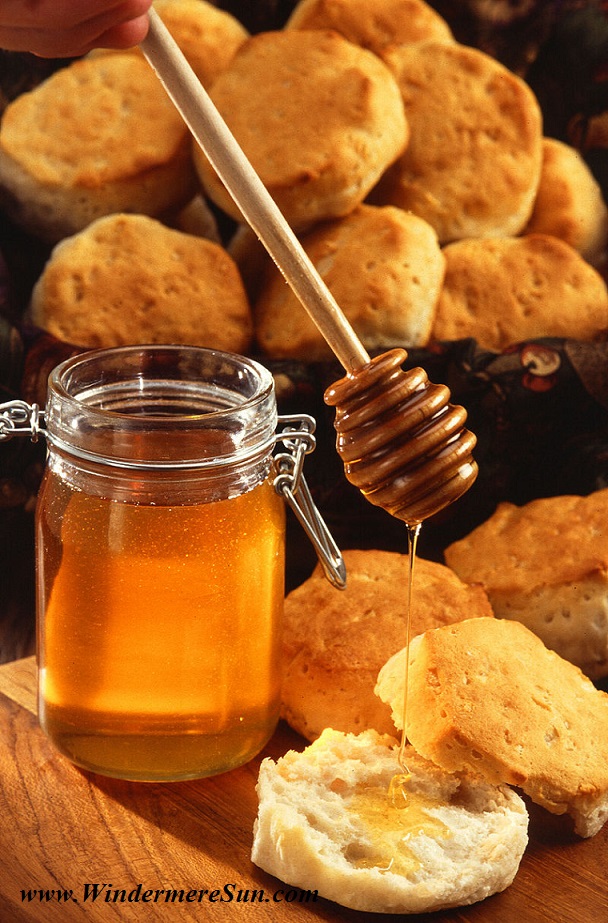 A Jar of Honey , Honey dipper and American biscuit 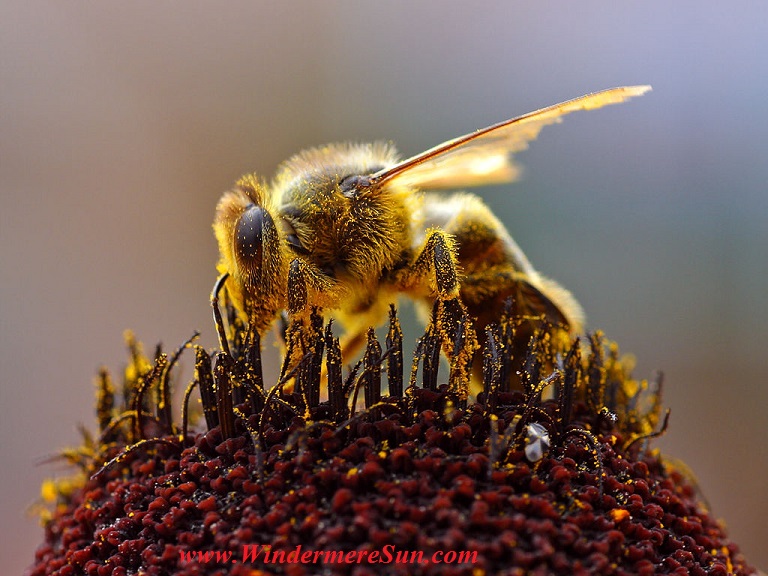 This post is long over-due because our IT department misplaced a group of photo images. But it is an important topic, honey bees, that is as relevant today as it was many months ago. So I am really glad that these images finally surfaced. These under-appreciated workers pollinate 80% of our flowering crops, constituting one-third of everything we eat, according to the U.S. Department of Agriculture. Losing them would affect not only dietary staples such as apples, broccoli, strawberries, nuts, asparagus, blueberries, and cucumbers, but may threaten our beef and dairy industries if alfalfa is not available for feed. A Cornell  University study estimated that honeybees pollinate $14 billion worth of seeds and crops in the U.S. each year. So, if honeybees disappear, they could take most of our insect pollinated plants with them, potentially reducing mankind to little more than a water diet. 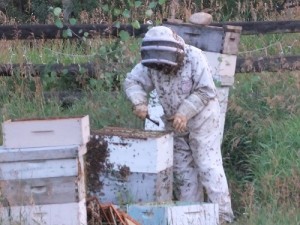 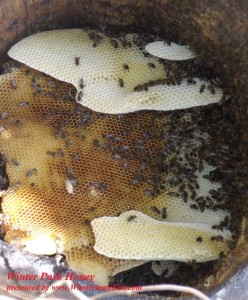 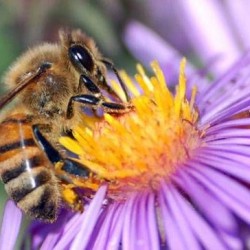 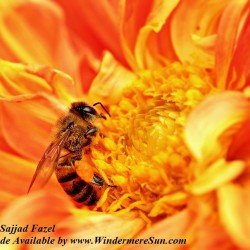 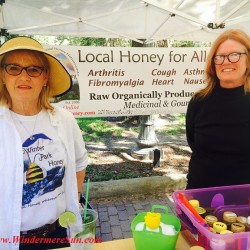 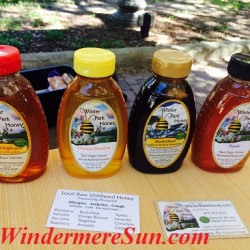 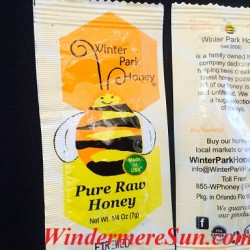 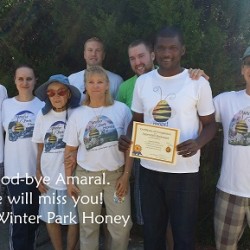 beekeeper Jean Vasicek and company have taught Amaral from Haiti the skill of beekeeping, spreading this important survival knowledge to other parts of the world. Einstein once calculated that if all bees disappeared off the earth, four years later all humans would also have disappeared. (source: Abeilles et fleurs, June, 1965)

Take a look at some testimonial of people whose arthritis and allergy were helped by Winter Park Honey, below:

Apparently, raw honey are known to be helpful to a great variety of physical ills: arthritis, allergy, asthma, cough, heart, nausea, fibromyalgia, etc.
Below, in italics, are information gathered from wikipedia:

Beekeepers in Western countries have been reporting slow declines of stocks for many years, apparently due to impaired protein production, changes in agricultural practice, or unpredictable weather. In early 2007, abnormally high die-offs (30–70% of hives) of European honey bee colonies occurred in North America; such a decline seems unprecedented in recent history. This has been dubbed “colony collapse disorder” (CCD); it is unclear whether this is simply an accelerated phase of the general decline due to stochastically more adverse conditions in 2006, or a novel phenomenon. CCD is unique due to the lack of evidence as to what causes the sudden die-off of adult worker bees, as well as few to no dead bees found around the hive.

Research is beginning to determine the causes of CCD, with the weight of evidence is leaning towards CCD being a syndrome rather than a disease, as it seems to be caused by a combination of various contributing factors rather than a single pathogen or poison. However, in April 2013, after a report was released by the European Food Safety Authority identifying the significant risks of the class of pesticides called neonicotinoids, the European Union called for a two-year restriction on neonicotinoid pesticides. In 2015, an 11-year British study showed a definitive relationship between increasing agricultural use of neonicotinoid and escalating honey bee colony losses at a landscape level. This is the first field study to establish a link between neonicotinoids and CCD.

A 2007 study linked CCD with Israeli acute paralysis virus at a level of statistic significance. IAPV was found in 83.3% of hives with CCD, and has a predictive value of 96.1%, making it one of the most probable candidates as the infectious agent in CCD.

One other possible hypothesis is that the bees are falling victim to a combination of insecticides and parasites. Feral honey bees are prone to high levels of deformed wing virus (DWV). The varroa mite thrives in honey bee colonies by sucking the hemolymph of honey bees, causing open wounds that are susceptible to varroosis. Higher levels of DWV are more prevalent in colonies that are not being treated for varroosis. Tobacco ring spot virus (TRSV) spreads and negatively affects the health of honey bees indirectly. TRSV has a wide host range. It can be transmitted from infected plant hosts, through parasites such as varroa mites, and ultimately infect insects like the honey bee. In January 2012, a researcher discovered Apocephalus borealis larvae, a parasitic fly known to prey on bumble bees and wasps, in a test tube containing a dead honey bee believed to have been affected by CCD.

No effective preventative measures against CCD have been suggested to date.

As of 2015, beehive losses remain high but not due to CCD but to other factors as reported by the USDA.

Efsa (European Food Safety Authority) has begun risk evaluation that could pave the way for rolling back a pioneering EU-wide ban on three neonicotinoid pesticides. The EU scientists said that they would finish their risk evaluation by the end of January 2017.

I would also like to share a short discussion by Australian Professor Gerladine Wright explaining her research into the effect of neonicotinoids on bees click on the –> audio of this page.

So, what are we waiting for? Let’s get some Winter Park Honey?!