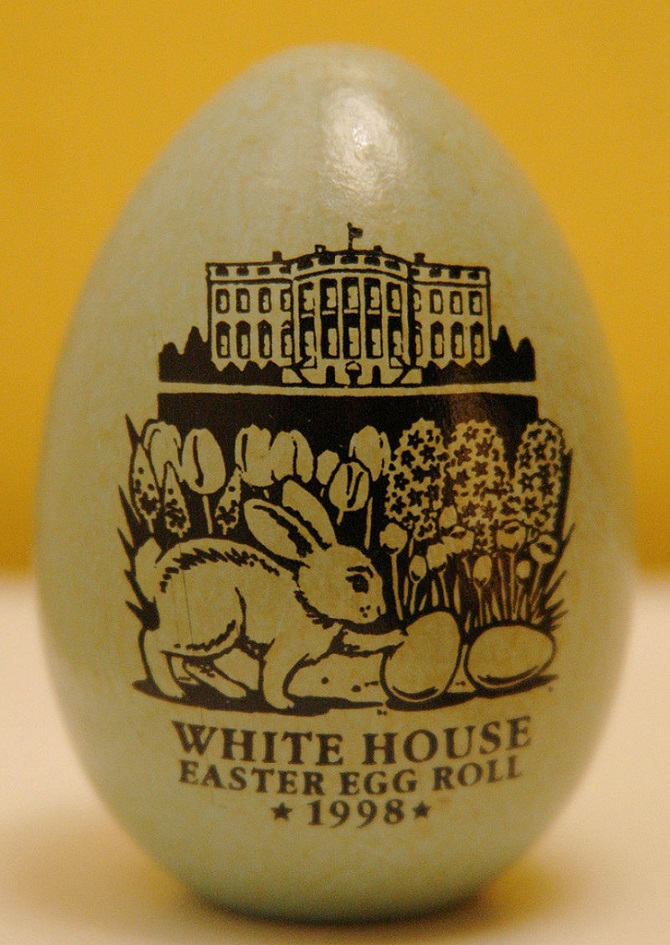 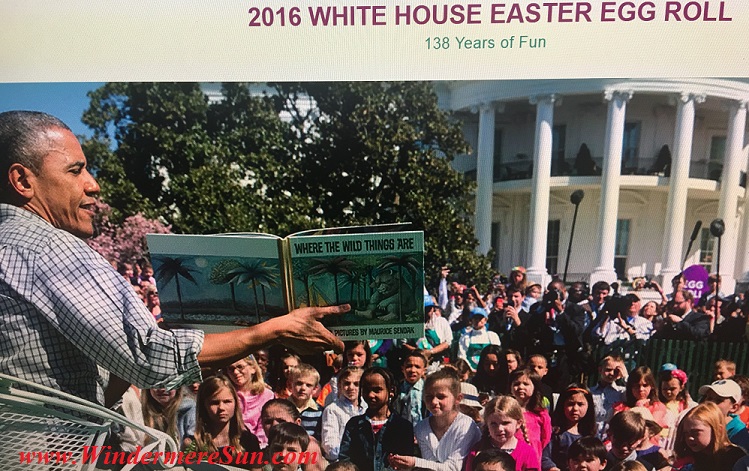 As I’ve promised in our previous post, this post will be spent on a very interesting event involving Easter Egg: The White House Easter Egg Roll. It is one of the oldest and most unique traditions in presidential history, begins at one end of Pennsylvania Avenue and continues at the other. Historians have different opinions when exactly this tradition of rolling eggs on the Monday after Easter by many Washington families (including those of the President) started: some believe that Dolley Madison (wife of President James Madison) 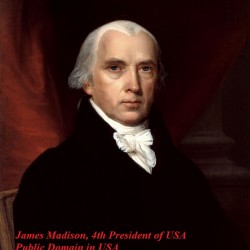 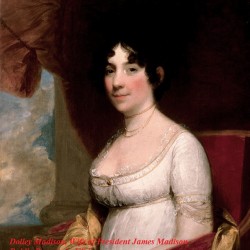 first suggested the idea of a public egg roll while others tell stories of informal egg-rolling parties at the White House dating back to President Lincoln‘s Day. 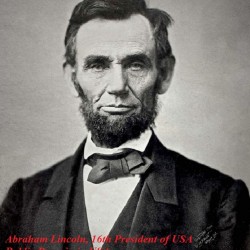 Abraham_Lincoln_November_1863, 16th US President of USA (Pub Domain in USA)

Public egg-rolling celebrations, however, were held not at the White House, but on the grounds of the Capitol. 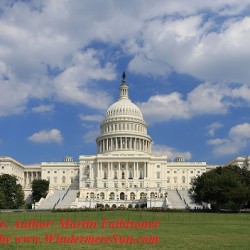 Press accounts from as early as 1872 recount stories of Washington children of all ages joining together to roll eggs on the congressional grounds. The children of Washington apparently caused such a ruckus on the Capitol grounds in 1876 that Congress passed the Turf Protection Law to prohibit the area from being used as a playground in future years. The event was rained out in 1877, but in 1878 the children were alerted by a small notice in the local newspaper informing them that the egg rollers would not be allowed at the Capitol that year.

Two versions of the story follow: Either the angry rollers rushed to the gates of the White House and demanded that they be let in to roll their eggs on the President’s lawn or President Rutherford B. Hayes, 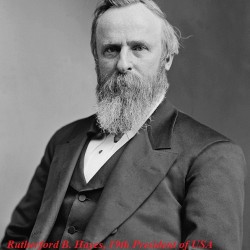 alerted to the plight of the children, opened the gates to the South Lawn and welcomed all the rollers to his end of Pennsylvania Avenue. Either way, the first White House Easter Egg Roll was held in 1878.

Over the years, the Egg Rolls have evolved and changed, with different games and amusements popular in different years. Near the end of the nineteenth century, children played “Egg Picking,” “Egg Ball,” “Toss and Catch, ” and “Egg Croquet.” Soon the event evolved into a more elaborate affair, with bands, entertainers and food. 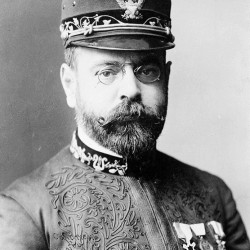 and “The President’s Own” Marine Band performed for the assembled crowd, while vendors of all kinds sold their goods in 1889. Forty years later, Lou Hoover, wife of President Herbert Hoover, 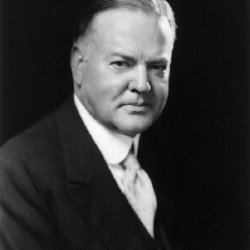 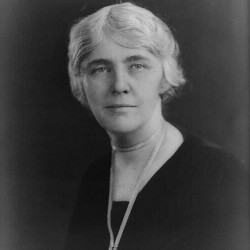 instituted folk and maypole dances to complement the egg-rolling but, perhaps because of the combination of stomping feet and boiled eggs, the practices were not continued for long.

At her first Egg Roll in 1933, Eleanor Roosevelt 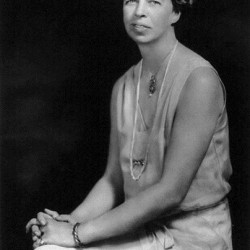 greeted visitors and listeners alike for the first time over the radio, on a nationwide hookup. She also introduced more organized games, but it was not until 1974 when the most famous event of modern Easter Egg Rolls, the egg-rolling race, was introduced with spoons borrowed from the White House kitchen.

Subsequent celebrations included a circus and petting zoo in 1977 and exhibits of antique cars, Broadway shows and giant balloons in 1981. Egg hunt pits were introduced in 1981. Children would search straw pits for autographed wooden eggs.

Presidents and their families have long enjoyed the White House’s largest public celebration, and it has been customary, from the outset, for Presidents, First Ladies, their children, grandchildren and pets to attend the festivities. Among the most eagerly anticipated guests each year, of course, is the Easter Bunny. 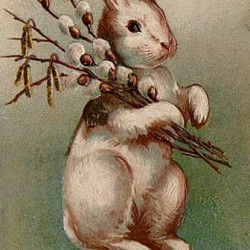 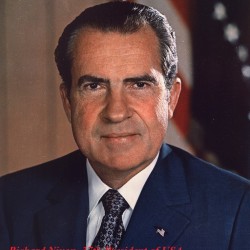 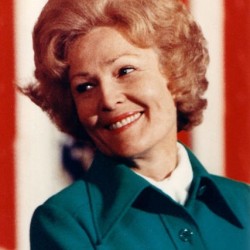 in 1969. Strict guidelines prohibit the bunny from being seen without his/her costume head, but the identity of the staffer inside is revealed every once in a while. Perhaps the most famous bunny of all was the wife of President Reagan’s Attorney General Edwin Meese III. Ursula Meese so enjoyed the role that she performed for six seasons, earning her the nickname “The Meester Bunny.” 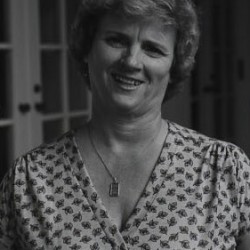 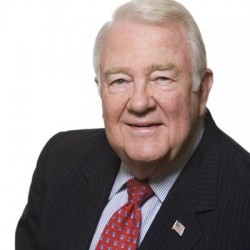 On occasion, the Easter Egg Roll has been cancelled, either due to inclement weather or in times of war. At these times, it is some times relocated to another Washington site, such as the National Zoo or even back to the Capitol. The longest hiatus was for World War II, followed by a White House renovation. When President Eisenhower 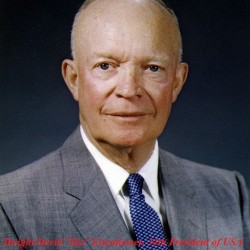 reintroduced the Egg Roll in 1953, a whole generation of children had never experienced this treasured tradition. 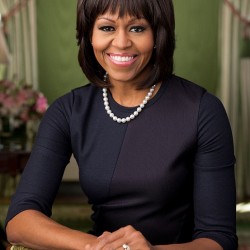 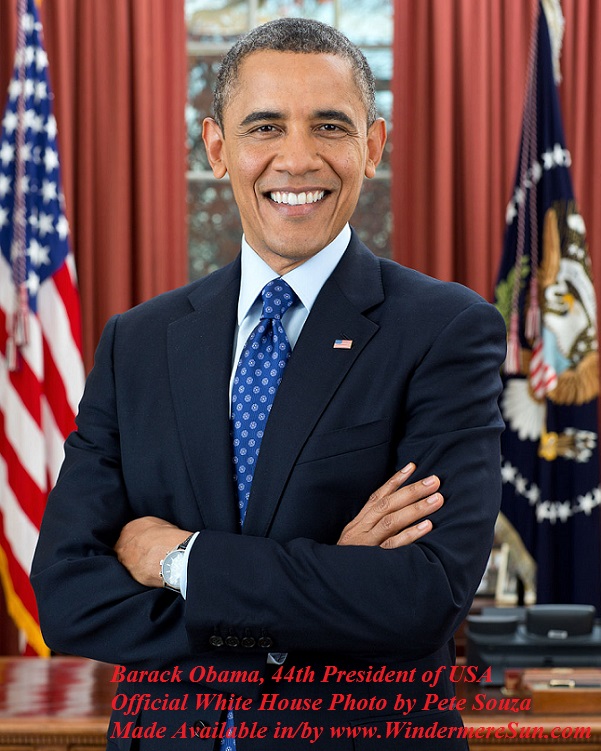 have carried on this tradition of White House Egg Roll, as seen below in this video:

May this tradition continues without interruption for many decades to come……