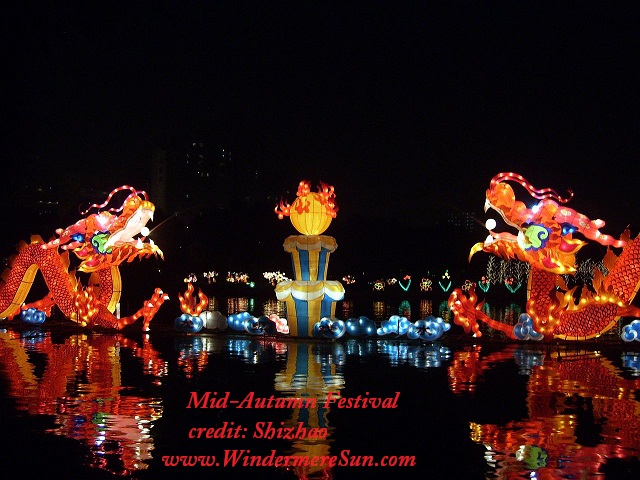 After adding to the September events in previous post about Mid-Autumn Festival, I thought this would be a perfect opportunity to share some interesting cultural history and glimpse into the make-up of an ancient civilization.

All cultures have special time for celebrations. For centuries, Mid Autumn Festival (Zhongqiujie) has been a harvest festival celebrated in mainland China, Taiwan, and Vietnam by ethnic Chinese worldwide.

It is celebrated on the 15th day of the eighth month in the Chinese Han calendar and Vietnamese calendar (within 15 days of the autumnal equinox), on the night of the full moon between early September to early October of the Gregorian calendar. Mid-Autumn Festival is a term sometimes also used to describe Chuseok in Korea and Tsukimi in Japan. It is considered the second most celebrated holiday tradition among the Vietnamese and one of the four most important Chinese festivals, listed as an “intangible cultural heritage” by Mainland China, and a public holiday by both mainland China and Taiwan. It is a time for gathering (of friends and families)-thanksgiving (of harvest or harmonious unions)-praying (for babies, spouse, beauty, longevity, or good future). 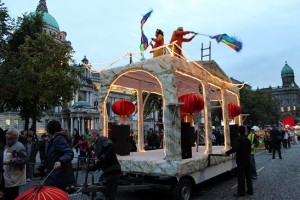 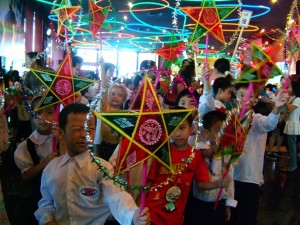 Mankind has been looking toward the moon for inspirations and explorations  for centuries.

(Italics text taken from Wikipedia) The Chinese have celebrated the harvest during the autumn full moon since the Shang Dynasty (c. 16th to 10th century BCE). The term mid-autumn (中秋) first appeared in Rites of Zhou, a written collection of rituals of the Western Zhou Dynasty (1046–771 BCE). For the Vietnamese, in its most ancient form, the evening commemorated the dragon who brought rain for the crops. Celebrants would observe the moon to divine the future of the people and harvests. Eventually the celebration came to symbolize a reverence for fertility, with prayers given for bountiful harvests, increase in livestock, and human babies. Over time, the prayers for children evolved into a celebration of children. Confucian scholars continued the tradition of gazing at the moon, but to sip wine and improvise poetry and song. By the early twentieth century in Hanoi, the festival had begun to assume its identity as a children’s festival.

An important part of the festival celebration is moon worship. The ancient Chinese believed in rejuvenation being associated with the moon and water, and connected this concept to the menses of women, calling it “monthly water.”  The festival is celebrated with many cultural or regional customs, among them: 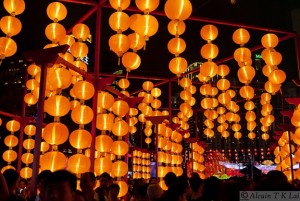 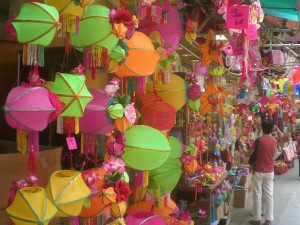 I am sharing a video explaining the story behind Chang’e, the Moon Goddess of Immortality, below:


~Let’s Help One Another~

Any comments and suggestions are welcomed at info.WindermereSun@gmail.com