Time To Unshackle Ourselves From Fossil Fuels & Be Ready For A Cleaner, Healthier, and Brighter Solar Energy Future!

Please allow me to share a post from one of our sister publications, Sun Is The Future (www.sunisthefuture.net), on Solar Independence Day.  There is much that we  should be celebrating during this transitional period, below: 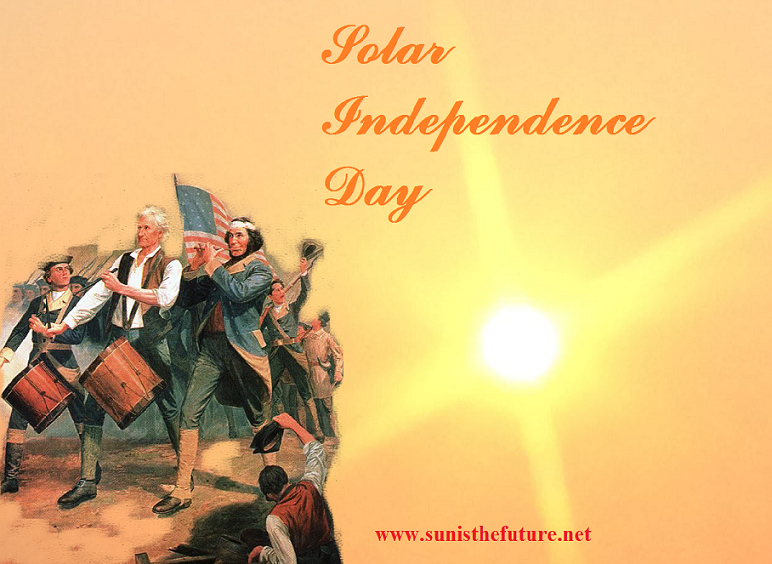 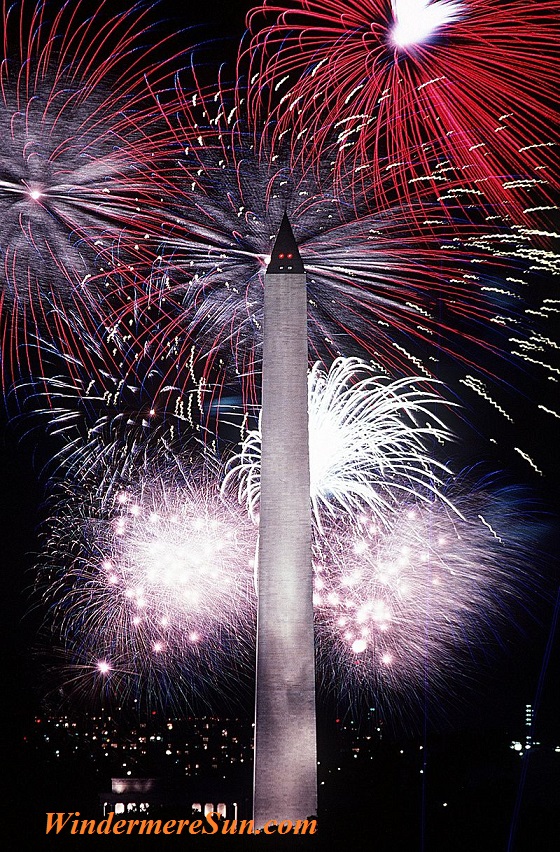 I am simply ecstatic! In the end of June, 2015, I came across some data (for PV projects as part of a 600-megawatt procurement, some new data on developer bids was just released by Austin Energy) that I want to share with you. According to Austin Energy’s vice president of resource planning Khalil Shalabi, the utility received offers for 7,976 megawatts of project after issuing a request for bids in April. Of those bids, 1,295 megawatts of projects were priced below 4 cents per kilowatt-hour. During a presentation before the Austin city council, Shalabi displayed an exponentially declining curve for PV projects in Texas, 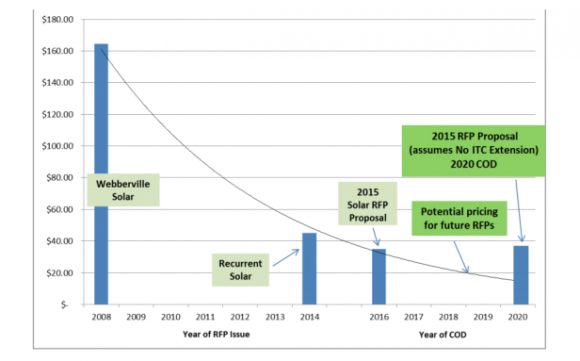 he said, “If you continue the curve, you can see that if the cost points continue along this sort of exponentially declining curve, we expect to see prices out in the future that are possibly below $20 a megawatt-hour.” Wow! $20 a megawatt-hour translates into 2 cents per kilowatt-hour (between 2018-2019)! That is definitely cost competitive (costing less than any other energy source if the cost of the plants, insurance, environmental costs, and operating costs are all being taken into consideration) when compared to all other energy sources.

Another exciting break-through is the fact that Solar has reached the 1% mark of global electricity demand. The actual figure may be even slightly higher than the cumulative capacity (178 GW) that’s being presented below because some countries (such as USA) did not include distributed solar into the calculations. With such an exponential growth, it will not be too surprising if/when solar will reach 10% of global electricity demand by 2025. According to EPIA (European Photovoltaic Industry Association), in three European countries: Italy, Germany, and Greece, solar PV supplies more than 7% of the electricity demand. 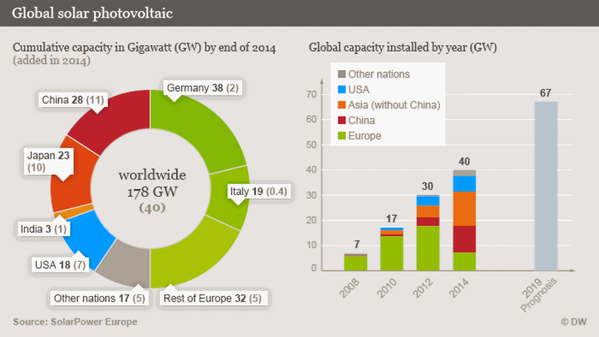 Globally, Europe is the world’s largest player with more than 88 GW installed at the end of 2014. China is now the fastest growing solar country/market, installing 10.6 GW in 2014, followed by Japan with 9.7 GW, and the USA in third place with just over 6.5 GW in 2014. Solar Power Europe (SPE) indicates that capacity could reach 540 GW in five years’ time in a high growth scenario and would reach 396 GW in a low-support case.

In 2015, according to GlobalData, China is likely to retain its world leading status, with US becoming the second, Japan third, and followed by Germany and India, for annual solar addition. China has revised its annual target to 17.8 GW and is well on its way, given that about 5 GW of solar capacity was already installed in Q1. “In the US, annual installations are expected to remain high during 2015 and 2016 owing to tax incentives for power stations that come online before the end of 2016. Solar additions in 2015 are expected to hit 7-8 GW largely due to continued policy support.””Japan’s lucrative solar PV policies have been attracting an increasing amount of investment since 2012, with annual installed capacity in 2014 reaching 8-9 GW, the country’s highest ever installed capacity in a single year. However, annual installations in 2015 are unlikely to reach 2014 levels.” I just want to remind us all that the solar/renewable energy world would not have come thus far if it were not for spear-heading effort and policy by Germany’s Hermann Scheer. I am thrilled to see both China and India (two nations with the most populace on planet earth) are making a great deal of effort in development of solar future.

Then, the California Senate recently passed SB 350, the legislation that sets a goal of 50% electricity from renewables by 2030.

These are all signs of what is to come….the Solar Tsunami that will bring about the change of our entire planet’s energy matrix mix. Dear friends and viewers/readers of Sun Is The Future, time to wake up to and share the fact that cost of solar is dramatically lower than what it used to be. We are ready to unshackle ourselves from the fossil fuel, and be ready for a much healthier, cleaner, and brighter Solar Energy Future!