The Profit, Marcus Lemonis, Not For Fools But For People-Process-Product

The Profit (of CNBC)-Marcus Lemonis 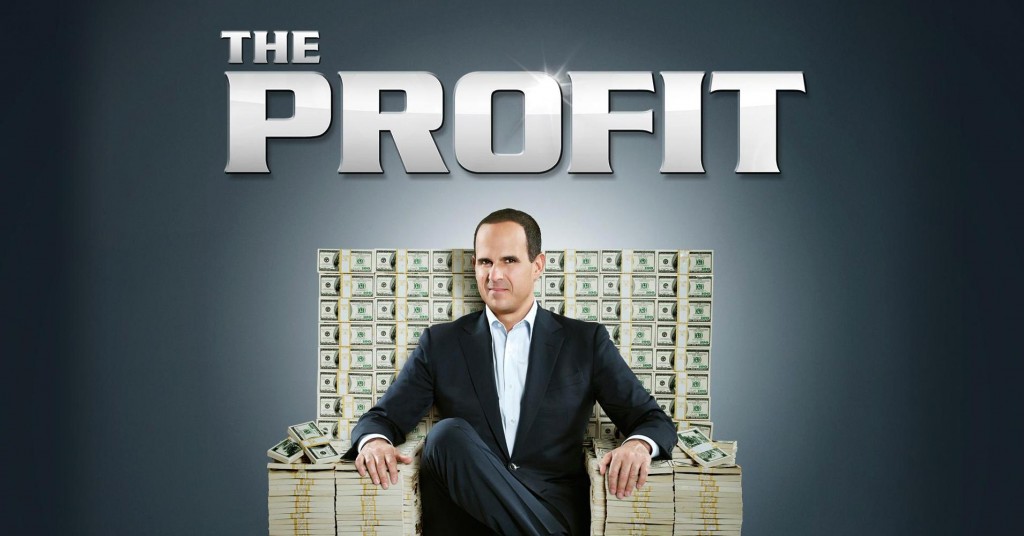 The Profit (of CNBC)-Marcus Lemonis: If you don’t work for it, then why do you think you deserve it? Marcus believes in 3P’s-People, Process, and Product

This is a real post, not one designed for April’s Fool.

If you are a small business owner or have interest in entrepreneurship, I would highly recommend an American reality TV series on CNBC, The  Profit. On each episode, Marcus Lemonis offers struggling small businesses capital investment and expertise in exchange for an ownership stake in the company. The series premiered on July 30, 2013. After two successful seasons with ratings going up 115%, a third season is scheduled for Spring 2015, to be aired on May 12, 2015, on CNBC. Here is the summary for its season 3: Passion, Hard Work, Risk and Fun.  Below, is a glimpse of Mr. Lemonis’ tips on Negotiations:

Here are some videos of what Marcus believes and does, below:


Marcus Lemonis is a Lebanese-born American business man, investor, TV personality, and philanthropist, currently the chairman and CEO of Camping World and Good Sam Enterprises, and the star of The Profit. He was adopted by a Greek couple from Miami, Leo and Sophia Lemonis during his infancy. He was exposed to auto industry throughout his upbringing (his grand father owning two of the largest Chevrolet dealerships in the USA and Lee Iacocca as a family friend and mentor).

Apart from Camping World and Good Sam, Lemonis is a serial entrepreneur and has helped several troubled businesses in a time of need. Rose’s Bakery & Wheat Free Café was set to close its doors on Christmas Eve of 2012 when Lemonis stepped in with an investment that would allow the bakery to remain open. He wrote an initial check for $200,000 to become the majority owner of the business with a commitment of an additional $150,000 investment over the next 18 months. Not only did he save the existing bakery, in March 2014, a second location in Highland Park, Illinois was opened under his direction. Lemonis added Rose’s and several other businesses, including: Amazing Grapes, Bee’s Knees Food Co., Betty Lou’s, Crumbs Bake Shop, Dapper Classics, E-Net IT Group, Key West Key Lime Pie Co., Little Miss Baker, Mr. Green Tea, ProFit Protein Bars, Sweet Pete’s and Wicked Good Cupcakes, to his holding company Marcus Lemonis Enterprises LLC. He also expanded his portfolio in the automotive industry with two businesses from The Profit: 1-800-Car-Cash, an automobile buying service, and AutoMatch USA, which specializes in pre-owned automobiles and accessories for every lifestyle and budget.

Below, is an interview of Marcus Lemonis, discussing the premise of the show The Profit:


In 2007, RV Business Magazine named Lemonis “Newsmaker of the Year” for having “more impact on the industry than any single individual or company in recent memory as an agent of change and retail consolidation.” Crain’s Chicago Business featured him in their 2005 edition of “40 under 40”; and in 2008, Ernst & Young named him “Entrepreneur of the Year.”

Under his direction, Camping World and Good Sam launched “Project Good Samaritan” as part of their 2013 goal to foster corporate responsibility, which requires the team of nearly 6,000 employees to volunteer 32 hours per year (eight per quarter) to causes that are meaningful to them.

Other projects of Marcus, below:

Hope this post is helpful. If your business is having some difficulty or is in need of financial assistance in order to further expand, get in touch with Marcus Lemonis (https://www.facebook.com/marcus.lemonis) and see what he has to say. Best to all of your businesses out there!

Any of your comments or suggestions will be welcomed via info.WindermereSun@gmail.com.

Please also get into the habit of checking at these sites (one of our sister online publications) below for more on solar energy topics: