It is in my nature to spend more time in solving problems, coming up with solutions and looking forward to the future, rather than lamenting over the past. So on this particular September 11, 2014, exactly thirteen years after the 9/11 World Trade Center Attack, allow me to share with you my vision of the future direction,  previously posted in our sister publication at Sun Is The Future (www.sunisthefuture.net).  This future direction toward the Solar/Renewables will help us to slow down the global warming, to solve earthly problems with energy-pollution-local jobs/economy-international conflicts over natural resources, below: 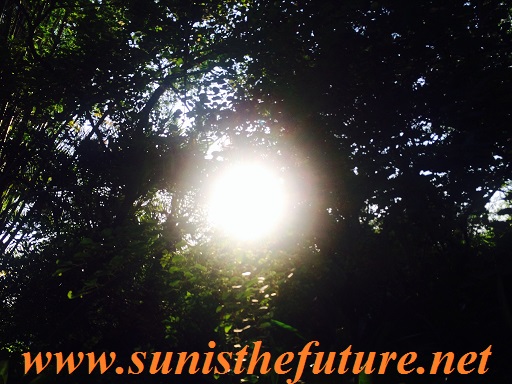 Recently (Sep. 4, 2014), First Solar has completed the initial 18MW phase construction of the 22MW Barilla Solar PV plant in Pecos County of TX. 18 MW is not a big deal, you might think…why is it being covered in various Solar news agencies? Well, it is a big deal because this represents a major Game Changer for Texas solar due to its unique position of being the first plant in the state to be constructed and financed without a PPA (Power Purchase Agreement) as a backstop. The power generated from this plant will be offered into the wholesale market, competing with other power generation sources effectively without a contract. This type of ‘merchant’ PV power plant of Pecos County will sell electricity on Texas’ ERCOT (Electricity Reliability Council of Texas) grid spot market. Even though merchant power projects have become more common in countries (such as Chile) where solar offers a viable alternative to costly fossil fuel generated power, but it is essentially untested here in U.S. With years of experience as world’s largest contracted solar project development (approximately 3 GW up to this point) and proven track record of execution in converting more PPA’s to energy than any one else in the industry, First Solar would have its pulse on the moment if/when Solar Energy is ready for mainstream.

Below is an interview of First Solar CEO, Jim Hughes, at Future of Energy Summit 2014. Mr. Hughes believes that the cost of solar will continue to plummet:

Below, are some statements made by various people, regarding this project’s announcement:

Pecos County Judge Joe Shuster, commenting on the announcement said: “First Solar is a pioneer in bringing West Texas solar into the diverse energy portfolio of Texas. In West Texas we’ve got plenty of land, some with a lot of oil under it, and all of it with sunshine which makes it perfect for solar plants like this. I’m excited to see Barilla as the first project in what I hope will soon be the ‘Texas solar patch.'”

“It is exciting to enter the Texas market with a clean, renewable energy source that is competitively priced against traditional high-cost peak resources,” said Tim Rebhorn, Senior Vice President of Business Development for First Solar. “This project demonstrates First Solar’s capability to rapidly develop, construct and commission a solar asset offering clean, renewable energy at competitive rates to the grid when and where it is needed.”

Rebhorn said that the Barilla power plant will contribute to lower electricity prices for Texas consumers, while providing a reliable resource to power providers.

According to the United States National Renewable Energy Laboratory (NREL), Texas has the greatest technical potential for solar development in the U.S. The Barilla Solar Project takes advantage of one of the best solar resource geographies in the state, with the added benefit of tying into nearby existing power transmission infrastructure in the West Texas region. The solar power plant utilizes no water for electricity generation, an important additional benefit in an area where scarce water resources must be preserved.

Regarding the Barilla project, state Rep. Poncho Nevarez (D – Eagle Pass) said, “We are blessed with sunshine in Pecos County and West Texas. Harnessing it would give us an opportunity for clean and efficient power for Texas’ future. What a great investment!”

This Game Changing position of First Solar indicates to us, that we are observing the first wave of Solar Tsunami. Solar Energy is ready for mainstream. I’d like to ask rest of the sunny states of USA, are you also ready for the Solar Tsunami? Are you ready to take advantage of the generous sunshine bestowed upon you?