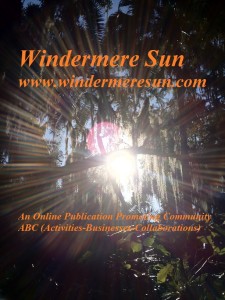 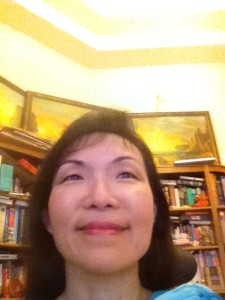 as an online news publication to share and promote community ABC’s (Activities-Businesses-Collaborations) of Windermere and planet earth for healthier, happier, and more sustainable living. It is also Windermere Sun’s mission to help promote ideas, individuals, and organizations that would help our planet earth to reach a healthier, happier, and more sustainable place to live. While Susan Sun develops Windermere Sun by researching-writing-photographing-posting-editing-promoting, her husband Mike (a retired electrical engineer and software developer) 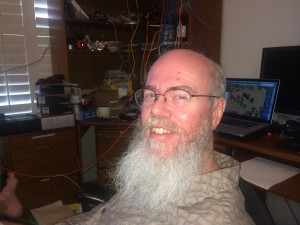 The Windermere Farmer’s Market, where Susan Sun frequented on Fridays (between 9:00AM-2:00PM), motivated her to develop Windermere Sun as a way to help promote local businesses and collaborations. “Barter/Trade/Sharing/Giveaways” and  “Loans & Grants For Small Businesses” in the Header Menu above are categories unique to this publication. Windermere residents are encouraged to be creative with future potential in collaborations.

Simply put, Windermere Sun is about Windermere and rest of the world (having reached readers in 194 countries) and how we can all live live healthily, happily, and sustainably. Windermere is a town in Orange County, Florida, in the United States. As of the 2010 census, the town population was 2,462. It is part of the Orlando–Kissimmee Metropolitan Statistical Area

During late 2007, the Town of Windermere filed a proposal to annex Isleworth and Butler Bay,  two wealthy subdivisions. This was met with extensive debate from town residents and an objection from Orange County, which stood to lose millions of dollars of property tax revenue. After lengthy discussions, and battles with the county, Isleworth remained in the county, but Butler Bay was annexed into Windermere, with over 90% of its residents approving annexation via a mail-in ballot. According to the United States Census Bureau, the town has a total area of 1.57 square miles (4.07 km2), of which 1.56 square miles (4.03 km2) is land and 0.015 square miles (0.04 km2), or 0.98%, is water. 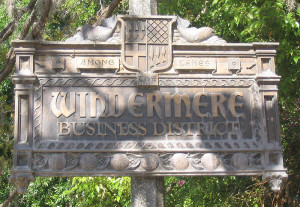 Hope you’ve enjoyed learning some history and facts about Windermere, FL above.