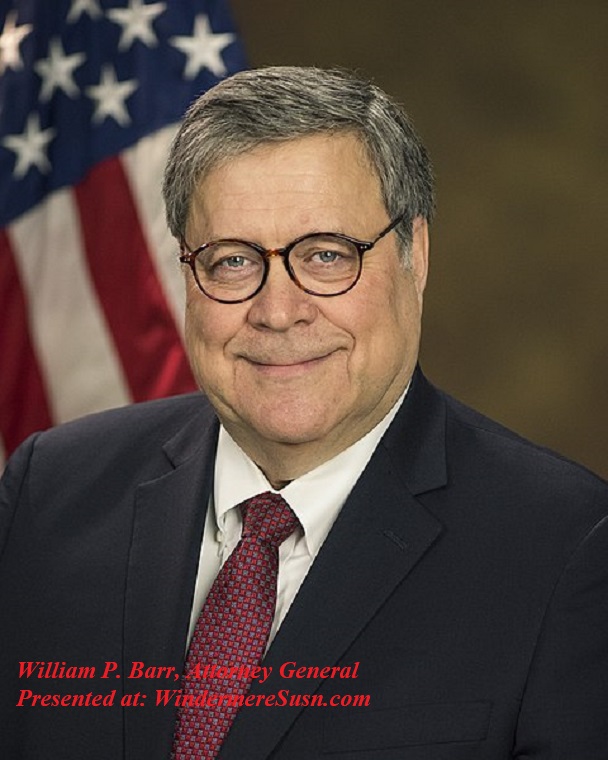 More than 1,110 former Justice Department officials who served in Republican as well as Democratic administrations posted a statement calling on Attorney General William/Bill Barr to resign. This is in response to William Barr’s decision in asking shorter prison sentence for Roger Stone, long time Trump advisor, in the video “1,100+ former prosecutors and other DOJ officials call on Attorney General Barr to resign“, below:

In the Justice Department Alumni Statement calling on AG William Barr’s Resignation, in italics, below:

‘The President’s public comments on DOJ matters have gravely damaged the Department’s credibility. But Mr. Barr’s actions in doing the President’s personal bidding unfortunately speak louder than his words. Those actions, and the damage they have done to the Department of Justice’s reputation for integrity and the rule of law, require Mr. Barr to resign.”

Following the fallout from handling of Roger Stone’s case, over 1,100 former Department of Justice officials have signed a letter calling for the resignation of Attorney General William Barr. One of those signees, Nelson Cunningham, joins Alex Witt to explain why the letter is condemning Barr’s “interference in the fair administration of justice.” in the video “Over 1,100 Former Justice Department Officials Call For Barr To Resign, MSNBC“, below: