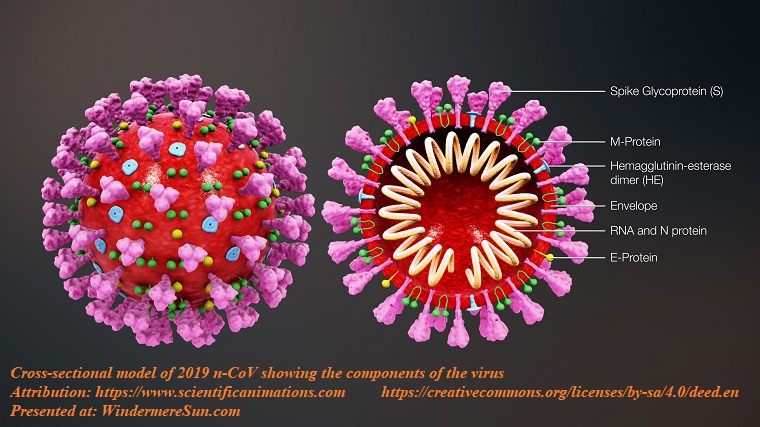 The coronavirus has so far killed more than 400 people – with at least 20,000 infected in over 20 countries (with more than 98% being in China).  It’s been just over a month since the disease was first detected in China’s Wuhan city. A global health emergency has since been declared, and countries are racing to stop its spread. But the ability of poorer countries to handle any outbreak is causing concern. So, how difficult is it to control the virus? Presenter: Darren Jordon, with Guests: Nicholas Thomas, associate professor at  the City University of Hong Kong;Sanjaya  Senanayake, professor of infectious diseases at the Australian National University; Mark Parrish, regional medical director for Northern Europe at International SOS, in the video “Is the response to Coronavirus enough? Inside Story“, below:

Their conclusion is that: it would be much easier to control this virus if the world would extend resources to China to help curtail the spread of this virus. W.H.O. also warned against travel restrictions that can potentially hinder medical supplies and info-sharing. Sanjaya  Senanayake, professor of infectious diseases at the Australian National University at Canberra, said, “The best way to get on top of this outbreak  is by stopping it in China. So I think if we can throw a lot of resources at China, which we probably can do because we are not having local spread within our own countries. That would be a good idea.“

The Chinese government responded much faster and more openly this time than they previously did with SARS. Chinese have learned from the previous outbreak that info-sharing is very important in the effort to stop the spread.. Chinese technical and biomedical community has been working effectively with the international community.

Mark Parrish, regional medical director for Northern Europe at International SOS,”…several cases have been identified and managed very well in UK…we have in place all the things we need to deal with an outbreak like this, irrespective of the Brexit.”

During a news conference Monday in Ottawa, Champagne said the Chinese government has agreed to allow permanent residents with kids to take part in the airlift — as long as one of the parents or the child in the affected area holds Canadian citizenship, in the video “Canadian permanent residents with children allowed to leave Wuhan due to coronavirus“, below:

China is building new hospitals to cater for those infected with the new corona virus. Officially roughly 14,500 people have been infected, but numbers could be much higher. Still, there are hopeful news from Thailand. A 70-year-old Chinese woman came down with the coronavirus. The virus vanished from her body after doctors administered an unusual cure. Meanwhile in Germany, two people evacuated from China on Saturday are in fact infected with the new coronavirus. They were among a group of more than 120 passengers flown to Frankfurt on a military plane from Wuhan, the Chinese city at the center of the outbreak. The evacuees are now in quarantine in a military facility and they will be there for two weeks. The infected are two German citizens, they are being treated in a hospital in Frankfurt, where doctors say they are doing well, in the video “Inside Germany ‘s coronavirus quarantine camp, DW News“, below:

Medical teams from China’s People’s Liberation Army are being sent to Wuhan to work at a new 1,000-bed hospital, constructed in just eight days. China is also asking other nations for masks, protective suits and goggles, in the video “Coronavirus: China opens new hospital, asks for donations of medical supplies“, below:

China is currently building 2 additional hospitals in Wuhan. There is a need for masks, protective suits, safety goggles, protective medical equipment. According to the Chinese state news agency, 68 medical teams, 8300 staff from all across China had been sent into Hubei Province to deal with the increasing outbreak in this Province.

On February 3, 2020, the Chinese foreign ministry officer said that they have the tools to control this strain of coronavirus, but they believe they do need international assistance because they are running low in supplies such as masks, medical goggles, protective suits, anti-viral wipes, chlorine, and various medical supplies, due to closing of factories during lunar new year and the hoarding by people, in the video “Coronavirus: China opens new hospital, asks for donations of medical supplies“, below:

Red Cross is one of the five charities designated in Wuhan to redistribute the donations for medical supplies. But according to the Vice-Governor of Hubei Province who received news from the China Daily News, the Red Cross had distributed only 3,000 out of the 9,000 boxes of surgical masks received to the surgical hospital in Wuhan. So, hospitals are now bypassing the red cross, asking for donations from people in China and around the world.

So far, these are the hospitals I have found in Wuhan, below (some with and some without phone #’s):