Senate Impeachment Trial On January 27, 2020-Need John Bolton To Testify As A Witness 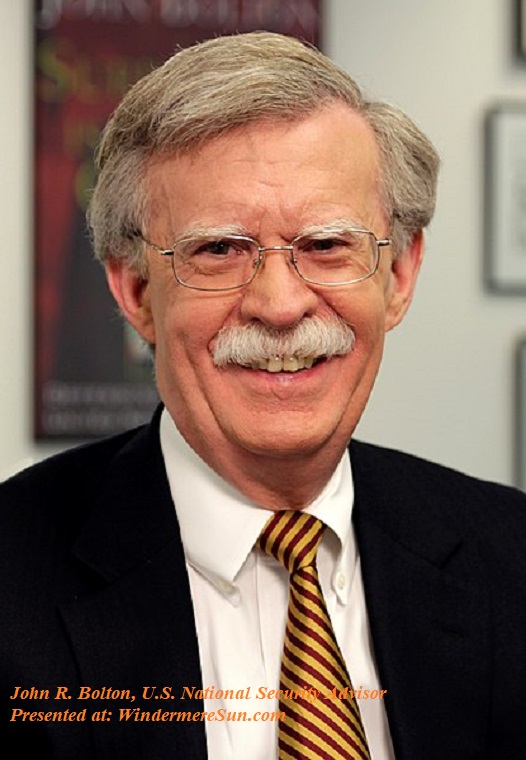 The House managers wrapped up their arguments against President Donald J. Trump on January 24, 2020. Trump’s team, including lawyers Pat Cipollone and Jay Sekulow, now has 24 hours to present their case. After Trump’s lawyers conclude their presentation, senators will have an opportunity to submit questions to both sides in writing. Following that, debate will turn to whether to call witnesses and subpoena documents. Trump was impeached by the House of Representatives in December of 2019 for abuse of power and obstruction of Congress. Impeachment does not mean that the president has been removed from office. In the next phase, the Senate must hold a trial to make that determination. At the center of the Democrats’ case is that Trump sought to withhold military aid (that was already approved by Congress) and an Oval Office meeting until Ukraine announced investigations into former vice president Joe Biden and his son in the video “WATCH LIVE, Impeachment trial of President Trump continues in Senate“, below:

As President Trump’s attorneys prepare to resume defense arguments in the Senate impeachment trial Monday afternoon, new revelations about the president’s attempts to pressure Ukraine could throw a wrench in Republicans’ plans to vote on acquittal as early as this week, in the video “Impeachment Trial Day 6: Bolton revelations fuel fresh calls for testimony as Trump mounts defense“, below:

Lead impeachment House manager Rep. Adam Schiff (D-CA) said that an unpublished draft manuscript by former national security adviser John Bolton, which was reported by The New York Times, blasts another hole in President Trump’s defense. According to the report, the manuscript alleges Trump wanted to continue holding military aid to Ukraine until the country helped with investigations into Democrats, in the video “Adam Schiff: John Bolton’s book blasts a hole in Trump defense“, below:

In his new book, former national security adviser John Bolton writes that the president personally tied aid to Ukraine to investigation of Democrats, including the Bidens, according to new NYT reporting, in the video “Trump Denies Explosive Bolton Claims, Morning Joe, MSNBC“, below:

CNN’s Jake Tapper calls out deputy White House counsel Mike Purpura over his fourth point of defense for President Donald Trump, in the video “Jake Tapper on Mike Purpura defense:We know that that’s not true“, below:

Sen. Mitt Romney (R-UT) told reporters that it’s increasingly likely that more of his Republican colleagues will want to hear from former national security adviser John Bolton, in the video “Mitt Romney: We should hear from John Bolton“, below:

Senator and 2020 Democratic presidential candidate Amy Klobuchar speaks with Brian Williams and Nicolle Walllace about the new reporting about John Bolton’s reported allegations against President Donald Trump, saying that “I literally don’t know how our colleagues can justify this.” in the video “Amy Klobuchar: If GOP Isn’t Sure John Bolton, Lev Parnas Are Telling Truth, Let Them Testify, MSNBC“, below:

Watch the debate on January 21, 2020, on the rules of the trial by clicking HERE

Watch the first day of opening arguments on January 22, 2020 by clicking HERE

Watch the second day of opening arguments on January 23, 2020 by clicking HERE

Watch the third day of opening arguments on January 24, 2020 by clicking HERE