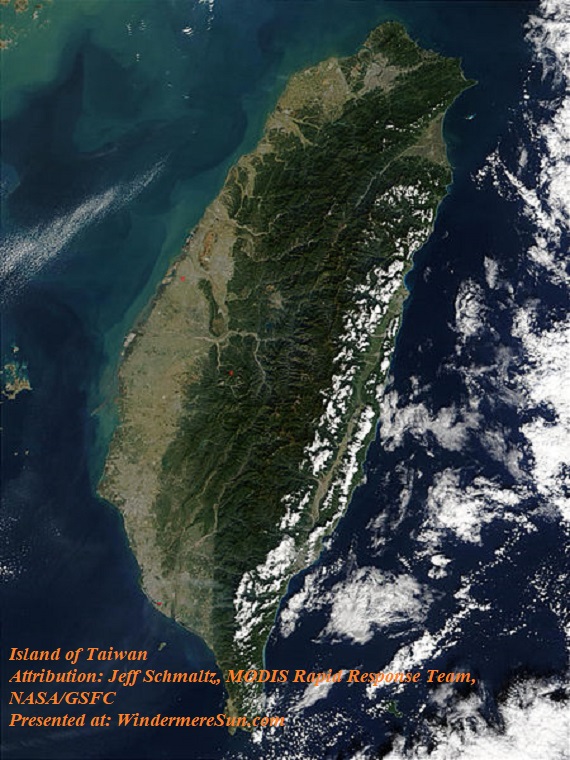 Final campaigning in Taiwan was in full swing for the Jan 11 presidential election. Mass rallies were being held ahead of the polls. Around 19 million eligible voters are set to choose between two leaders with very different visions for Taiwan’s future. Incumbent President Tsai Ing-wen of the pro-independence Democratic Progressive Party (DPP) is taking on Han Kuo-yu of the pro-Beijing Kuomintang (KMT). Some polls suggest Mr Han is trailing Ms Tsai by 30 percentage points, and analysts are expecting the DPP to retain its majority,  in the video “Taiwan votes 2020: President Tsai and main rival Han Kuo-yu make last pitches on election eve“, below:

There appears to be an age divide: young people tend to vote for DPP’s Tsai Ing-wen rather than the KMT’s Han Kuo-yu. Previously marginalized voters tend to be in favor of Han Kuo-yu.

Taiwan is set to vote in its 2020 presidential and legislative elections that will answer the question of whether the island looks toward or away from China. The answer will come from one of two presidential candidates: Incumbent leader Tsai Ing-wen and her main challenger Han Kuo-yu. Tsai Ing wen comes from the independence minded Democratic Progressive Party. Han Kuo-yu is from the opposition Kuomintang which advocates closer ties with China. These opposing stances have defined electoral politics in Taiwan since the 90s. But it’s on the Taiwanese island of Kinmen, just about 5 kilometers from China at its closest point, that you can really see the influence that China has on Taiwan,  in the video “Taiwan elections: Will voters opt for closer ties with China? DW News“, below:

Taiwan’s incumbent president, Tsai Ing-wen, is on course for a second term in office after her rival, Han Kuo-yu, conceded victory. With most of the ballots counted, Tsai had about fifty-eight percent of the votes, well ahead of her rival. The result could determine the self-ruled island’s long term ties with mainland China with Tsai favoring greater autonomy. To unpack the Taiwan Elections we are joined from Taipei  by our correspondent Grace Lee, in the video “Tsai Ing-wen declares victory in Taiwan’s presidential elections“, below: