Will Betelgeuse Go Supernova In Our Lifetime? 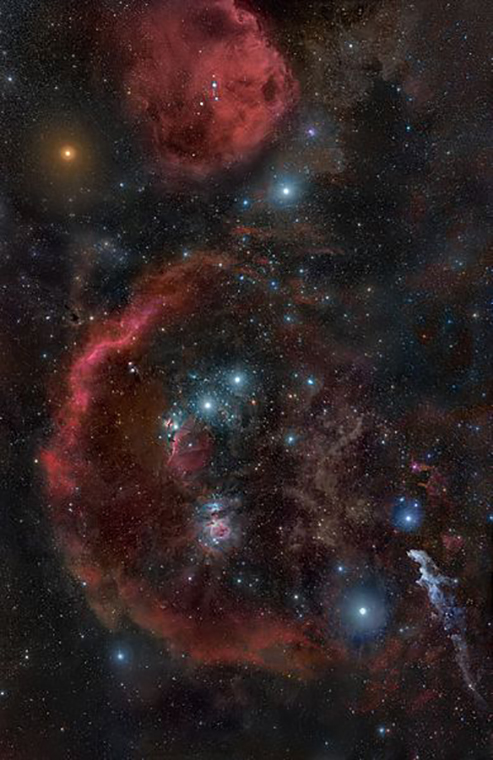 The giant red star Betelgeuse in the constellation Orion is the dimmest it’s been in about a century. Usually Betelgeuse is among the ten brightest stars in the sky. According to an Astronomer’s Telegram reported by Edward Guinan of Villanova University, between October and mid-December of this year, 2019, the red giant had faded so much that it wasn’t even in the top 20 any more. Guinan said, “Now the outline of Orion is noticeably different with Betelgeuse so faint”.

Dimming for a variable star such as Betelgeuse is not that unusual, but it is unusual for it to fade so quickly or noticeably, leading many astronomers and scientists to consider the possibility that Betelgeuse might explode and die, briefly blazing before vanishing from our night sky forever.

Over the last weekend, astronomy Twitter started noting that the red giant Betelgeuse, the prominent shoulder of Orion was looking visibly dimmer in the sky, in the video “Betelgeuse Is Dimmer Than We’ve Ever Seen It“, below:

There is an entity in the universe known as Betelgeuse, and it is something that will explode one day. Join us as we explore everything we need to know about this force, in the video “Will Betelgeuse Star Explode And Go Supernova?” below:

640 light years away, there is a colossal star that is on the verge of exploding in a magnificent supernova. But what will it look like from Earth, in the video “What Will It Look Like When Betelgeuse Goes Supernova? (4K UHD)“, below:

Betelgeuse, also called Alpha Orionis, second brightest star in the constellation Orion, marking the eastern shoulder of the hunter. Its name is derived from the Arabic word bat al-jawzāʾ, which means “the giant’s shoulder.” Betelgeuse has a variable apparent magnitude of about 0.6 and is one of the most luminous stars in the night sky. It is easily discernible to even the casual observer, not only because of its brightness and position in the brilliant Orion but also because of its deep reddish color. The star is approximately 640 light-years from Earth, in the video “Full Space Documentary-Mystery of the Red Supergiant Star Betelgeuse“, below: