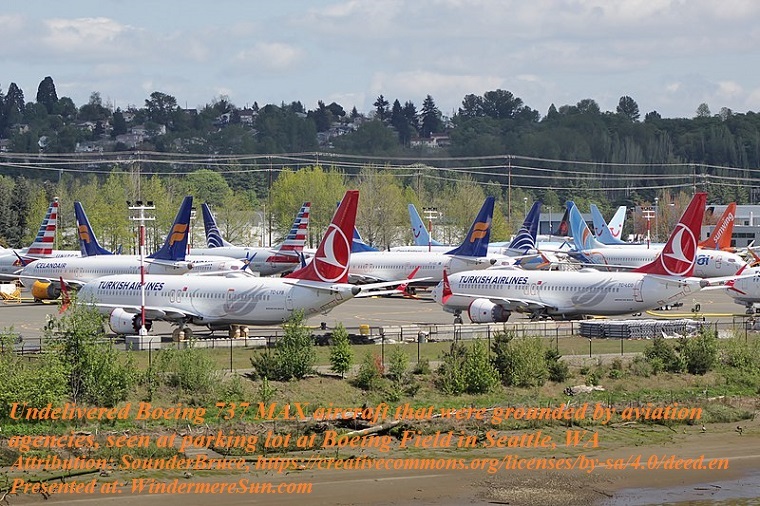 On Sunday night, December 22, 2019, Boeing fired its CEO, Dennis Muilenburg, who has been front and center as the company’s reputation and bottom line were damaged by two deadly crashes of the 737 MAX. Kris Van Cleave reports in the video “Boeing CEO Dennis Muilenburg resigns“, below:

Boeing announced the firing of embattled CEO Dennis Muilenburg on Monday after multiple deadly crashes caused by the company’s 737 Max plane. CBS News travel editor Peter Greenberg joins “CBS This Morning” to discuss how this move will affect air travelers, in the video “How will firing of Boeing CEO impact airline industry?“, below:

After a series of public company failures, most notably the 737 Max airplane crisis, Boeing CEO Dennis Muilenburg was fired from his position at the company. NBC News’ Tom Costello breaks down what led to his termination, in the video “How 737 Max Issues Led To Boeing CEO’s Firing, MSNBC“, below:

Shares of Boeing closed nearly three percent higher on Monday after Boeing’s board fired CEO Dennis Muilenburg. The decision comes as the company has faced its worst crisis in its more than 100-year history. Tom Farley, chairman and CEO of Far Point and former NYSE president, and CNBC contributor Michelle Caruso-Cabrera join “Squawk Box” to discuss, in the video “How David Calhoun might run Boeing differently than Dennis Muilenburg“, below:

Andrew Kessner, William O’Neil analyst, talks about the future of Boeing after the manufacturer ousted chief executive officer Dennis Muilenburg. He appears on “Bloomberg Daybreak: Americas.” in the video “Boeing Stock Higher After CEO Is Ousted“, below: