U.S. Is Still In The Climate Fight 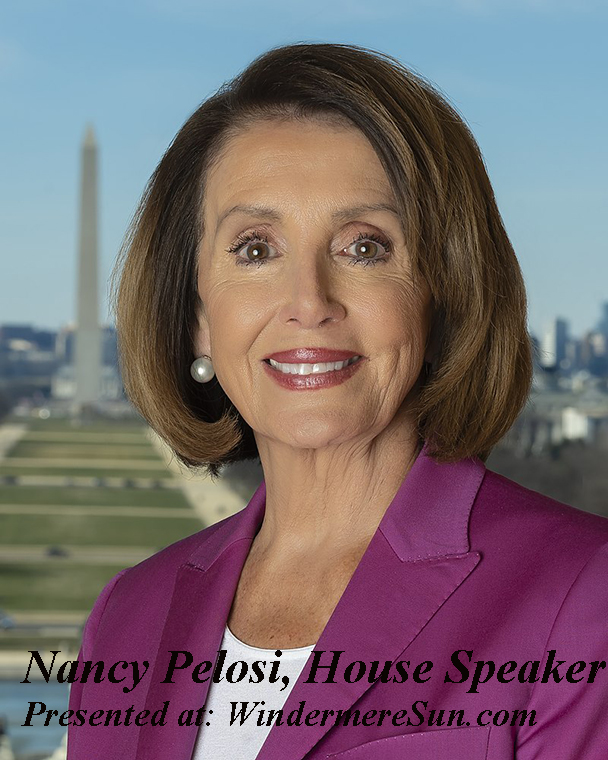 50+ World leaders are meeting at a major climate summit in Madrid, Spain, between December 2-13, 2019, to tackle rising temperatures around the globe. The United Nations’ COP25 summit will last for two weeks. U.N. Secretary-General António Guterres has called attention to the growing problem, saying “the point of no return is no longer over the horizon.” Zack Colman, a climate and energy reporter for Politico, joined CBSN to discuss, in the video “World leaders tackle climate change at COP25 summit“, below:

“We are confronted now with a global climate crisis and the point of no return is no longer over the horizon, it is in sight and hurtling towards us.” in the video “UN Secretary General on Climate Talks: We’ve Reached ‘Point of No Return’“, below:

US Congressional leader Nancy Pelosi tells the ‘COP25’ conference in Madrid that the world can still count on the United States despite President Donald Trump’s decision to pull out of the Paris Agreement, in the video “Nancy Pelosi tells ‘COP25’ that US is ‘still in’ the climate fight, AFP“. below:

The UN Climate Summit has kicked off in Madrid, and leaders from all around the world are discussing the best ways to deal with climate change. UN Secretary-General Antonio Guterres has taken the world’s major economies to task for failing to reduce carbon emissions, and warns that the “point of no return” is fast approaching. Guterres says the global push to stop climate change has been “utterly inadequate.” While the focus on climate change is often on the largest countries, it’s the smaller island nations that are feeling the most severe and existential effects of a heating planet, in the video “UN warns of ‘point of no return’ at the 2019 Climate Summit in Madrid, DW News“, below:

In our series “Eye on Earth,” we explore how climate change is threatening a symbol of Christmas: Santa’s famous reindeer. Over the past 20 years, wild reindeer and caribou populations have declined by more than two million. Mark Phillips reports from a city known as Santa’s home town to find out why these animals are struggling to survive after more than a million years on earth, in the video “Reindeer near Santa’s hometown need help to survive climate change“, below:

Founding Members of World War Zero, Fmr. Sec of State John Kerry and Fmr. Governor Arnold Schwarzenegger (R-Calif.) joins Meet The Press for an exclusive interview to discuss the climate initiative, in the video “Full Kerry, Schwarzenegger: Have To Treat Climate Change ‘Like A War’, Meet The Press, NBC News“, below:

U.S. Representative Debbie Dingell, a Michigan Democrat, discusses the climate change crisis facing the U.S. with Bloomberg’s David Westin on “Balance of Power.” in the video “Everyone Has to ‘Be at the Table’ to Fight Climate Change, Rep. Dingell Says“, below:

The hard facts about global warming – a defining issue of our time. Climate change is happening now, and even world leaders meeting for climate talks at this year’s Cop25 know we aren’t doing enough to stop it, in the video “What is Climate Change? Start Here“, below:

Trees are burning up around the planet at an alarming rate and impacting the climate. Now a new effort to plant as many trees as possible has taken hold around the globe. But will it mitigate climate change? In California, 3 million acres have burned since 2017. And in Brazil, some 121,000 fires have burned since January — more than half in the Amazon rainforest. The fires have cost the planet millions of trees, one of the Earth’s best defenses against climate change. Now a movement around the globe is trying to replace trees lost to fire and deforestation for agriculture or grazing. In Ethiopia, the prime minister announced a new #GreenLegacy initiative that planted more than 353 million trees in 12 hours. Even YouTube stars are getting in on the act: More than 600 social media personalities recently raised over $16 million to plant trees worldwide. The effort was led by Jimmy Donaldson, a YouTube star who’s also known as MrBeast. Reforestation is also a big part of the Paris climate agreement, which the U.S. recently abandoned at the behest of President Donald Trump. But can planting billions and billions of trees really mitigate climate change? For that matter, is it even feasible? In the video “Can Planting Billions Of Trees Halt Climate Change?” below: