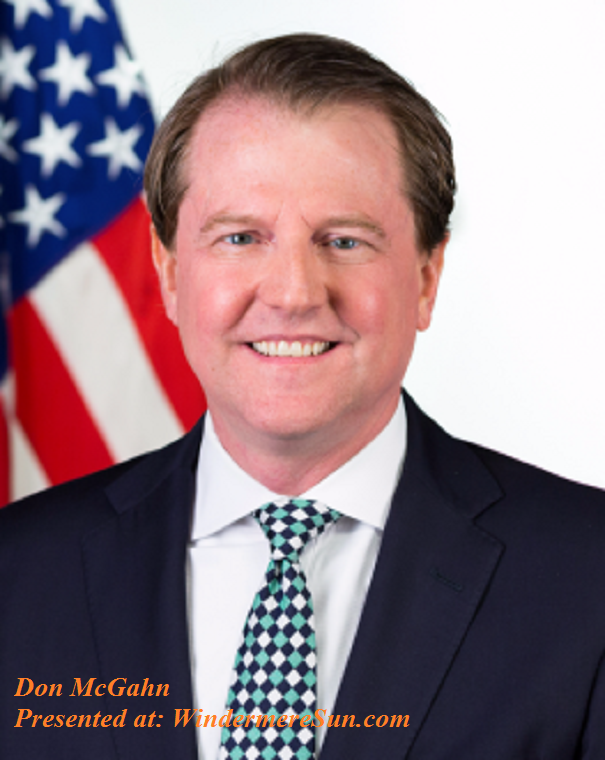 Federal judge of Washington DC, Ketanji Brown Jackson, decided that the former White House Counsel Don McGain must testify before Congress after having defied subpoenas to testify before Congress. Former Acting U.S. Solicitor General Neal Katyal argues that the highly anticipated ruling is a “complete win for Nancy Pelosi and the House of Representatives, and a very devastating loss for the President”, in the video “‘Devastating Loss’: Judge Orders WH Counsel To Testify Before Congress Amid Ukraine Scandal, MSNBC“, below:

A federal judge issued a ruling that may make it tougher for Team Trump to keep their people out of courtrooms and hearing rooms, in the video “Day 1040: Ruling Don McGahn Must Testify, Judge Says Presidents Aren’t Kings, The 11th Hour, MSNBC“, below: