Hong Kong Protest Into 5+ Months, When Will It Be Peacefully Resolved? 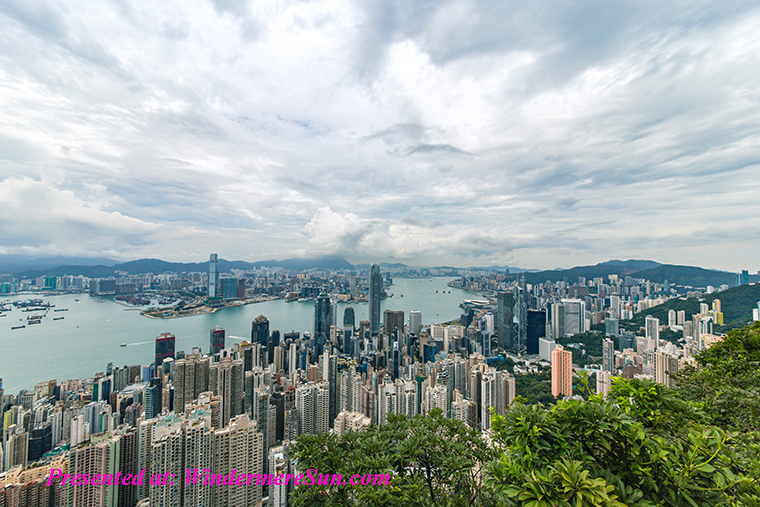 During this 22nd week of protest, protesters gathered in Hong Kong wearing Guy Fawkes masks, Tuesday, November 5, to mark a month since the colonial-era Emergency Regulations Ordinance prohibiting the use of face covering at protests went into effect, following its announcement by Chief Executive Carrie Lam on October 4. The protesters, most of whom were wearing the white masks, chanted slogans against the Hong Kong police and in favor of democratic reform in the Chinese-ruled territory. After the flash mob ended, some protesters constructed makeshift barricades and vandalized a nearby restaurant. Hong Kong’s economy has been weighed down by months of protests, many of which have turned violent with frequent episodes of radical demonstrators setting fires and vandalizing the public transport system. The protesters accuse Beijing of increasingly interfering with Hong Kong, which returned from British to Chinese rule under a “one country, two systems” formula intended to guarantee freedoms that mainland citizens do not have. China denies meddling and has accused foreign governments, including the United States and Britain, of stirring trouble. In the video “Masked Protesters Demonstrate on Hong Kong Street One Month After Face Mask Ban“, below:

Protesters in Guy Fawkes masks, a protest symbol worldwide, marched in downtown Hong Kong on Tuesday to mark the one-month anniversary of the mask ban, in the video “Hong Kong Protesters Mark One Month Since Ban on Masks“, below:

In Hong Kong, pro-democracy protests continued for another weekend, with scores injured in clashes between demonstrators and riot police, in the video “Behind the scenes with Hong Kong’s ‘Frontliner’ protesters“, below:

Democracy activist and HK student leader Joey Siu still believes the movement, born on the streets of the Chinese Special Administrative Region this summer, needs to continue with demonstrations. “It is the government that forces us to take on the streets and to break the laws,” Siu told DW. Clashes between demonstrators and police have turned increasingly violent.  In recent days, politicians such as the pro-Beijing lawmaker Junius Ho and others have been attacked.  Hong Kong’s pro-democracy activists, including Siu, so far have been unwilling to condemn the violence. “One of the principals among the protesters is about no splitting and no condemning any of our protesters, even though the level of violence they use seems to be … escalating,” she said. DW’s Tim Sebastian asked if Hong Kong’s pro-democracy movement was becoming as rigid and inflexible as Beijing?  “I believe the discussion about the future of Hong Kong or how the movement would go is … mushrooming, especially in the recent days when we see that there has been an escalation of violence while we’re not achieving anything … Peaceful means will be the only way out for us to resolve the current situation in Hong Kong,” Siu said. In the video, “Will violence kill Hong Kong’s pro-democracy movement?Conflict Zone“, below:

Again, what Hong Kong is missing is the leadership such as that of Mahatma Gandhi. Non-violent protest would be much more effective and supported by the international community. It is time for Hong Kong protesters to select several agreed-upon representatives to sit down with the Hong Kong government, accompanied by advisers from five other democratic nations, to work out a solution that would be meaningful and acceptable to both sides.

What Hong Kong protesters need to remember is:  under a system of democracy, one has to accept/listen/tolerate those with different view points. Trashing stores or businesses funded by mainland Chinese is not an act by some one who believes in a system of democracy or rule of law.  A truly democratic leader would not condone acts of violence simply to stamp out other view points. Mahatma Gandhi spent much time in containing violent acts of his followers. It is time for these Hong Kong protesters to reflect upon the meaning of democracy, to simmer down, and elect some respectable leaders to come to the table to negotiate for peace and prosperity for Hong Kong. It is time to take a crash course on the art of negotiation.