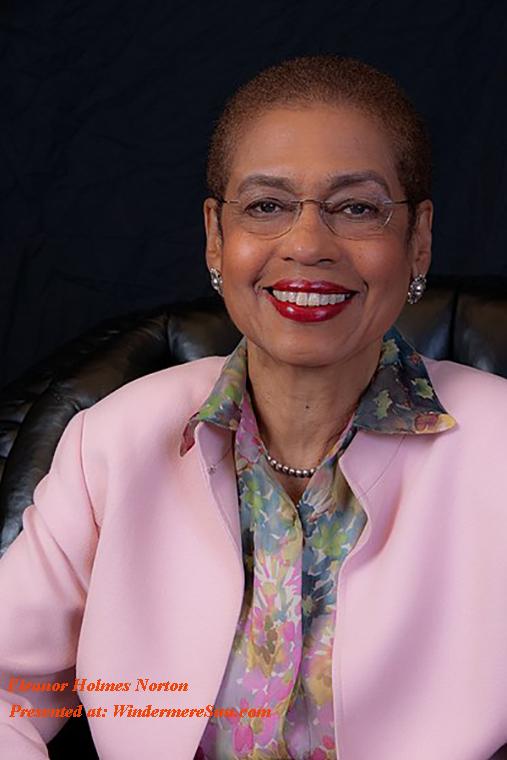 Due to Special Counsel Robert S. Mueller III’s testimony in July, a hearing for a bill, H.R.51,  introduced by Del. Eleanor Holmes Norton, to make District of Columbia the 51st state of USA, has been postponed til September 19, 2019.  H.R.51 bill has more than 200 cosponsors in the House and is strongly endorsed by Speaker Nancy Pelosi. It’s been twenty-five years since there has been a hearing on a statehood bill. Homes Norton said the hearing will be critical in passing this bill.  Holmes Norton said in a statement, “This hearing will inform people of what most do not know-that the residents of their nation’s capital do not have full voting rights in the House and have no representation in the Senate.“

Please also feel free to refer to the excerpt from wikipedia, in italics, below:

Statehood for the District, which is also known as District of Columbia, might be achieved by an act of Congress, under the power granted to Congress by the United States Constitution to admit new states to the Union (Article IV, Section 3, Clause 1). However, there is some debate as to whether simple legislation would be sufficient to grant statehood to District of Columbia, which is the seat of the United States federal government.

In this week’s edition of Office Space, District of Columbia Del. Eleanor Holmes Norton, takes us on a photographic tour of the District’s political history. Fresh off the capital city’s vote for statehood on Nov. 8, explore some of the Democratic delegate’s advocacy work for D.C. rights (though, even the mayor says the likelihood of congressional action to enact the ballot measure is slim). Plus, Holmes Norton’s personal ties to the city runs deep, in the video “Office Space: Eleanor Holmes Norton’s Ode to Statehood“, below:

Congressional Delegate Eleanor Holmes Norton (D-DC) talked about D.C statehood on the House floor, in July of 2018. The Senate Homeland Security and Governmental Affairs Committee held a hearing  centered around the New Columbia Admission Act of 2013, a bill that would admit Washington, D.C. as the 51st state, in the video “Del. Eleanor Holmes Norton (D-DC) on DC Statehood“, below:

House Majority Leader and Maryland Congressman Steny Hoyer joined DC Delegate Eleanor Holmes Norton in the fight for DC Statehood today. He officially signed on as a co-sponsor for HR-51 which would make DC the 51st state and give residents a vote in Congress. Delegate Norton and Roger Pilon of the Cato Institute go Off Script on the chances of statehood becoming a reality, in the video “‘This is historic’ Delegate Norton discusses paths forward for DC statehood“, below:

WASHINGTON, D.C.—Congresswoman Eleanor Holmes Norton (D-DC) today introduced the Washington, D.C. Admission Act (H.R. 51) to make the District of Columbia the 51st state, her first bill of the 116th Congress.  She introduced the bill with 155 original cosponsors, a new record, up from the previous record Norton set in the 115th Congress (116).  Norton also announced that the Chair of the House Committee on Oversight and Reform, Representative Elijah Cummings (D-MD), has committed to holding a hearing and markup in 2019 on H.R. 51.

“We are gratified by the overwhelming support from my Democratic colleagues as we seize this new moment for statehood and press our bill in the 116th Congress with unprecedented momentum,” said Congresswoman Norton.  “I am particularly grateful to Chairman Cummings for his support of H.R. 51 and his commitment to holding a hearing and markup in 2019, the first such House hearing or markup since 1993, when I got the first-ever House floor vote on it.  A hearing and markup will provide a prime opportunity to inform and remind Americans that over 700,000 of their fellow citizens who live in the nation’s capital are denied their basic democratic rights.”

“We must protect the rights of everyone across the country, including the hundreds of thousands of American citizens who live in our nation’s capital,” said Chairman Cummings.  “Congresswoman Norton has been a strong advocate for her constituents for many years, and now is the time to take action.  I plan to schedule a hearing and markup this year in the Oversight Committee on her bill, H.R. 51, and I will work closely with our leadership to move this legislation onto the House floor.”

Norton’s bill would create a state from the eight hometown wards of the District.  The 51st state would have no jurisdiction over the federal territory or enclave that now consists of the Washington that Members of Congress and visitors associate with the nation’s capital.  The U.S. Capitol premises, the principal federal monuments, federal buildings and grounds, the National Mall and other federal property here would remain under federal jurisdiction.  Norton’s bill provides that the State of Washington, D.C. would be equal to the other 50 states in all respects, as is always required for states, and the residents of the state of Washington, D.C. would have all the rights of citizenship as taxpaying American citizens, including two senators and, initially, one House member.

Delegate Eleanor Holmes Norton, our best wishes to you!