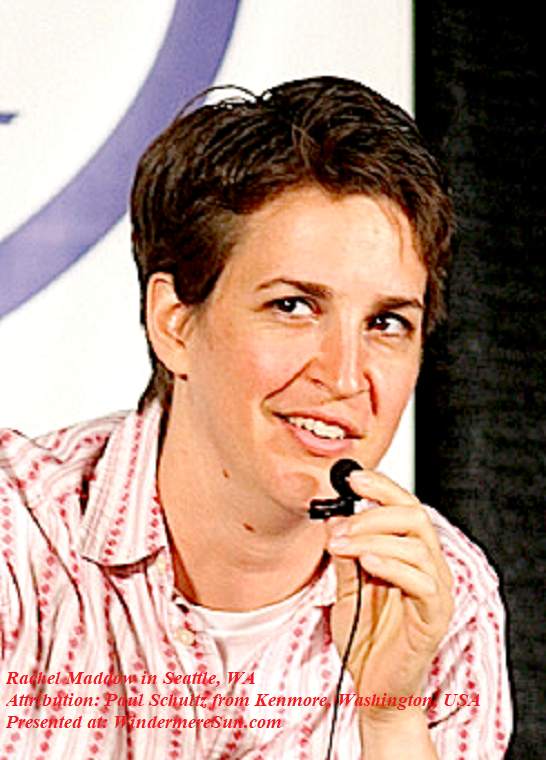 Rachel Maddow reports on the House Intelligence and Financial Services Committees legal effort to obtain Donald Trump’s financial records from Deutsche Bank and Capital One, and what their subpoena says about what they’re investigating in the Trump family, in the video “Targets Of House Investigations Into Donald Trump Revealed In Court Docs, Rachel Maddow, MSNBC“, below:

Even though President Trump has been trying to stop any effort in obtaining or seeing his tax returns, it does appear that this is a losing battle.  On last Friday night (May 10, 2019), both U.S. Treasury and IRS had received subpoenas from the Ways and Means Committee ordering them to hand over  six years of President Trump’s personal and business tax returns, despite President Trump’s ordering them not to release it. This is in addition to the court battle determining whether or not these agencies and the executive branch have to comply (turning over these tax returns) with the order. These are going to be fascinating fights to observe because there is no precedent or case law to predict the outcome of these fights. Their resistance (not turning in the tax returns) to the order had never been tested in the court before. No one had ever broken this law before.

Despite these court battles, President Trump’s personal and business tax returns may be forced out by other means: Last month, the House Oversight Committee Chair Elijah Cummings issued a subpoena to Mazars USA accounting firm (Donald Trump’s long time accounting firm)  for detailed information on President Trump’s financial history. On the eve when Mazars was ready to turn in Trump’s tax returns, Donald Trump, his business and family, filed a lawsuit against Mazars to stop the firm from complying with that subpoena. Among legal professional, it is believed that the lawsuit by Trump, his business and family, will not prevail in the long run. Trump retained the law firm Consovoy McCarthy Park LLC to represent him with regard to congressional requests for his tax returns. In essence, Trump’s law firm is using the delaying strategy. But the judge does not like the idea of using his court room to buy time, and declared last week that there is no need for unnecessary delay and be able to consolidate all in one hearing, and stated, in italics, below:

The sole question before the court….Is the House Oversight Committee’s issuance of a subpoena to Mazars USA LLP for financial records of President Donald J. Trump and various associated entities a valid exercise of legislative power?…is fully briefed,,,the court intends to “advance the trial on the merits and consolidate it with the hearing” on the motion for preliminary injunction.

Of course, this would have defeated the delaying tactic of the plaintiffs (Trump et. al), therefore the plaintiffs respectfully oppose consolidation and stated, in italics, below:

The President of the United States, and the other Plaintiffs, respectfully ask this Court to limit tomorrow’s hearing to the motion for a preliminary injunction or, in the alternative, cancel tomorrow’s hearing and set a schedule for trial on the merits that would allow the record to be fully developed and the legal issues to be adequately briefed and argued.

The judge’s decision: The hearing will proceed tomorrow (Tues., May 14, 2019) as scheduled. So the delaying strategy of Trump’s attorney is not working.

According to Rachel Maddow‘s report, in italics, below:

Furthermore, the Committee on Intelligence is investigating, among other time sensitive threats to national security, foreign interference in the U.S. political process and financial or other leverage that foreign powers may possess over Mr. Trump, his family, and his business. That investigation is squarely within the Committee’s jurisdiction and requires an understanding of Mr. Trump’s complex financial arrangements, including how those arrangements intersect with Russia and other foreign governments and entities. That inquiry is, by definition, not limited to Mr. Trump’s time in office and, given the closely held nature of the Trump Organization, must include his close family members. The intelligence Community has long recognized that foreign financial ties can create potential conflicts of interests and a heightened risk of foreign influence, exploitation, and coercion. Indeed, such ties are regularly examined as part of the normal security clearance process. Among other issues, the Committee is investigating whether existing policies and programs at financial institutions are adequate to ensure the safety and soundness of lending practices and the prevention of loan fraud. Over the past two years, financial institutions have issued more than $1 trillion in large corporate loans (called leveraged loans) to heavily indebted companies that may be unable to repay those loans. Repeatedly, the Committee is investigating the lending practices of financial institutions, including Deutsche Bank, for loans issued to the Trump family and companies controlled by Mr. Trump. Over the years, Deutsche Bank has reportedly provided more than $2 billion in loans to Mr. Trump, despite concerns raised by certain senior bank officials about some of the loans. The Committee is examining whether Mr. Trump’s foreign business deals and financial ties were part of the Russian government’s efforts to entangle business and political leaders in corrupt activity or otherwise obtain leverage over them. Mr. Trump secretly pursued a lucrative licensing deal for Trump Tower Moscow, a deal that would have required Kremlin approval, through at least June 2016, including after Mr. Trump had effectively secured the Republican presidential nomination. At the same time, Mr. Trump was advocating policies favored by Russia and praising President Putin. It is unclear whether the Trump Tower Moscow deal remains latent.