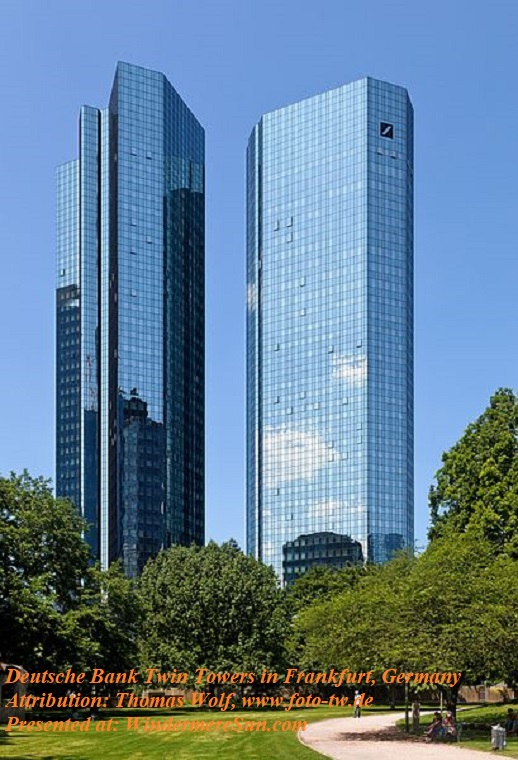 On Monday, April 29, 2019, President Donald Trump filed a lawsuit in federal court to keep two banks, Deutsche Bank and Capital One, from responding to congressional subpoenas. President Trump, his three oldest children, and his business The Trump Organization, stated that the investigations by the House Intelligence Committee and Financial Service Committees are overboard and serve no purpose beyond harassment.

For full text of the lawsuit, please click HERE.

Deutsche Bank was either the only or one of the few major bank(s) to lend to Trump after his casino bankruptcies in the early 1990’s. The House Democrats have promised to look into the finances of Trump family since taking control of the House, and Deutsche Bank has promised to cooperate with the investigations.


Chairwoman Maxine Waters of the Financial Services Committee and Chairman Adam Schiff of the Intelligence Committee stated in a joint statement, that the Trump’s lawsuit was “only designed to put off meaningful accountability as long as possible….As a private businessman, Trump routinely used his well-known litigiousness and the threat of lawsuits to intimidate others, but he will find that Congress will not be deterred from carrying out its constitutional responsibilities.”

The Supreme Court has traditionally given Congress broad powers to investigate and has been reluctant to intervene when Congress issue a subpoena. Trump and his attorneys may have been hoping to persuade the Supreme Court to step in and either strike down or restrict the subpoenas.

On Tuesday, April 30, 2019, Deutsche Bank stated that it was committed to providing appropriate information to all authorized investigations and would abide by a court order regarding such investigations.