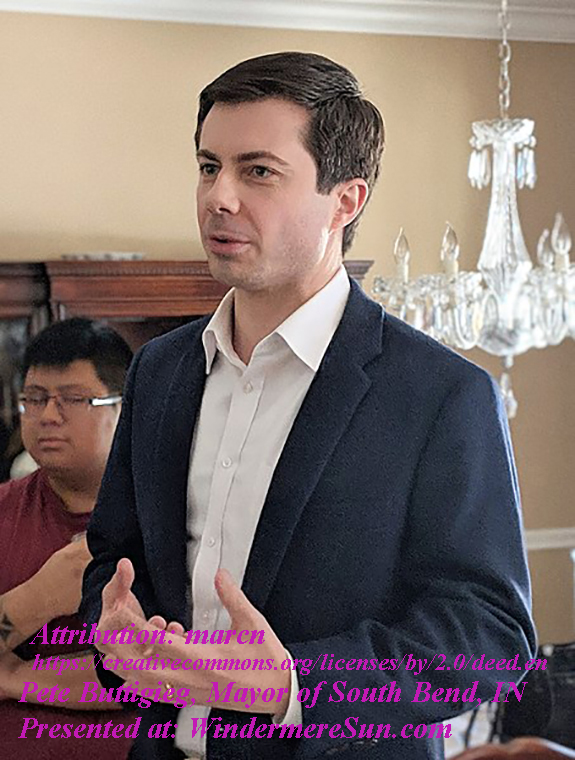 The youngest presidential candidate of the Democratic Party, for 2020, is the 37- year old mayor of South Bend, Indiana, Pete Buttigieg. He is a former Rhodes scholar, Harvard graduate, veteran of the War in Afghanistan, a concert pianist who speaks seven languages, and the first openly gay nominee from a major party. He is also a lieutenant in the United States Navy Reserve. He was a consultant at McKinsey and Company, a management strategy consulting firm, from 2007 through 2010.

Meet Pete Buttigieg, the mayor of South Bend, Indiana, who’s gaining momentum in his bid for the 2020 Democratic presidential nomination, in the video “Who Is Pete Buttigieg and Why Is He Killing It in the Polls? The Daily Show“, below: