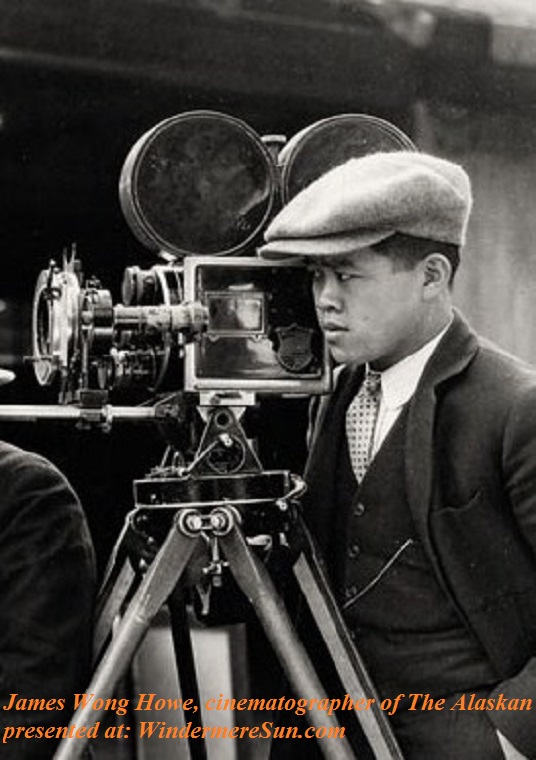 Wong Tung Jim, A.S.C. (Chinese: 黃宗霑), known professionally as James Wong Howe, was a Chinese American cinematographer who worked on over 130 films. During the 1930s and 1940s, he was one of the most sought after cinematographers in Hollywood due to his innovative filming techniques. Howe was known as a master of the use of shadow and one of the first to use deep-focus cinematography, in which both foreground and distant planes remain in focus.

Born in Guangzhou, China, Howe immigrated to the United States at age five and grew up in Washington. He was a professional boxer during his teenage years, and later began his career in the film industry as an assistant to Cecil B. DeMille. Howe pioneered the use of wide-angle lenses and low-key lighting, as well as the use of the crab dolly.

Despite the success of his professional life, Howe faced significant racial discrimination in his private life. He became an American citizen only after the repeal of the Chinese Exclusion Act in 1943, and due to anti-miscegenation laws, his marriage to a white woman was not legally recognized in the United States until 1948.

Howe earned ten nominations for the Academy Award for Best Cinematography, winning twice for The Rose Tattoo (1955) and Hud (1963). He was selected as one of the ten most influential cinematographers in a survey of the members of the International Cinematographers Guild. On May 25, 2018, Google honored Howe with a doodle on its homepage.

Below, is a video of James Wong Howe’s Lighting Demo: