Residents of Coastal States, We Need To Hear Your Response Toward This Unprecedented Assault on Our Coastline ! 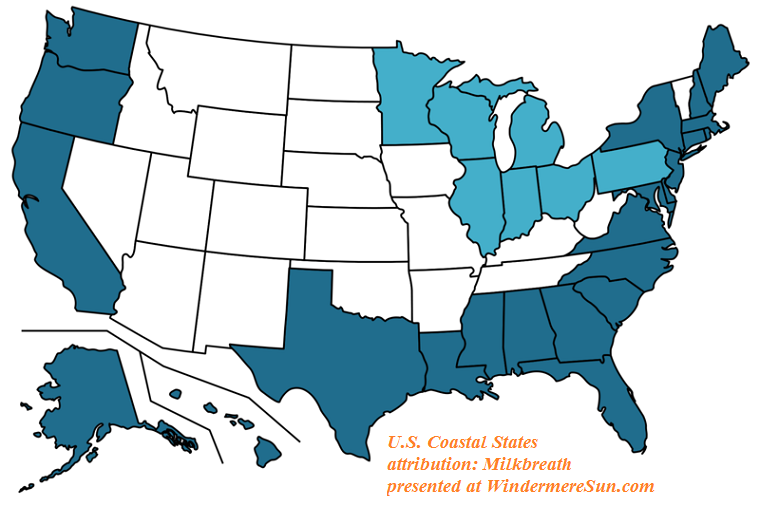 Despite our previous report on  Florida Is Off The Hook For Drilling, due to criticism from the White House for Interior Secretary Ryan Zinke‘s unexpected decision to exempt Florida from  Trump administration’s  new proposal to subject all federal waters to offshore oil and gas drilling, at a House hearing, Walter Cruickshank, acting director of the Interior Department’s Bureau of Ocean Energy Management (BOEM), told lawmakers that Florida is not off the table for offshore drilling activities. The fact that Zinke announced his decision to let Florida off the hook earlier on Twitter instead of through formal channels, Cruickshank said Zinke’s tweet “is not an official statement.” Legal experts pointed out that Zinke’s move to exempt Florida is likely illegal.

Below, is the video on Trump signs offshore drilling executive order:

Interior Secretary Ryan Zinke said the draft five-year leasing plan, from 2019 to 2024, would open 90 percent of the nation’s offshore areas to leasing. The plan calls for 47 possible auctions of drilling rights in the U.S. Outer Continental Shelf. The plan would include 19 lease sales off the coast of Alaska, seven in the Pacific region, 12 in the Gulf of Mexico, and nine in the Atlantic region.

Below is the analysis of How Trump could vastly expand offshore drilling:


“This is the largest number of lease sales ever proposed,” Zinke said on a Thursday press call.

Trump Administration released its proposal of five-year offshore oil and gas leasing plan on Jan. 4, 2018, is followed by a 60-day public comment period during which affected communities would be given the chance to weigh in on the plan.
“I believe we should be looking forward to new ideas of energy exploration.” City of Miami Commission passed legislation, ” I sponsored, stating our opposition to offshore oil drilling on our coast,” below, in City of Miami Opposes Offshore Drilling in Florida Coast:  Below, residents of California’s response to President Trump’s Plan for offshore drilling in 100s Protest Offshore Oil Drilling In Santa Cruz: Below, video on Potential risks with Trump’s offshore drilling plan: Governors of the three West Coast states are all opposing expanded offshore oil and gas drilling. On the Atlantic Coast a long list of state and local lawmakers are also against drilling. Trump Administration also proposed to open up eastern Gulf of Mexico off the coast of Florida, where Florida lawmakers and governor all strongly opposed to drilling.  Rick Scott, Florida Governor, stated that he has discussed with Zinke to remove Florida offshore waters from being considered for drilling. Matt Gaetz (R-FL), a member of the House Climate Solution Caucus, who introduced a bill  earlier in 2018 to abolish the Environmental Protection Agency, stated in a tweet that he is “100%” opposed to drilling off the coast of Florida.

Residents of U.S. Coastal states, let’s hear from you during these public comment period!