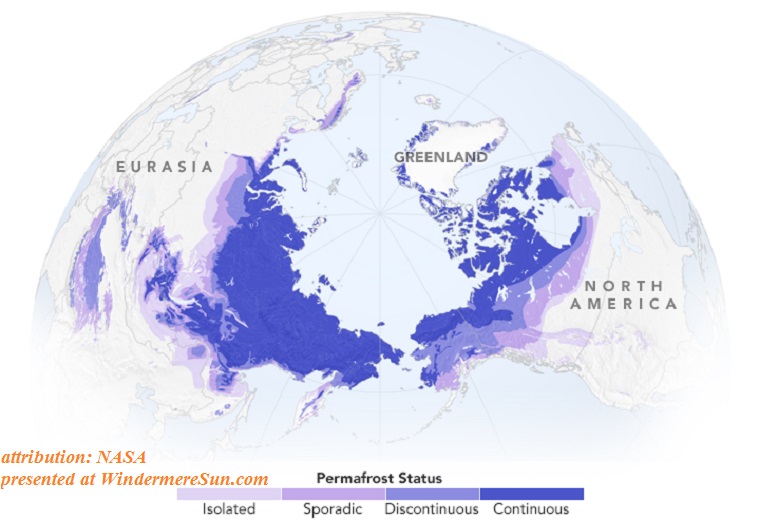 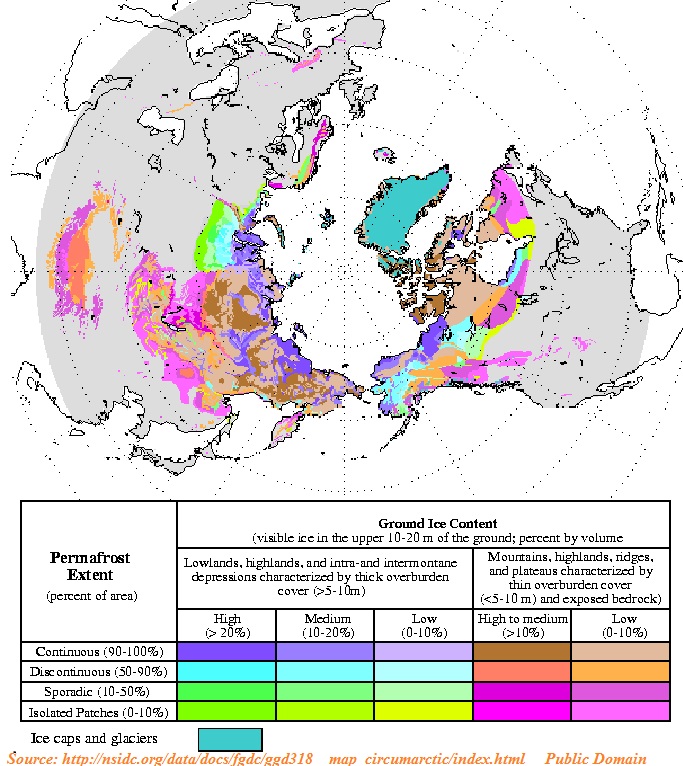 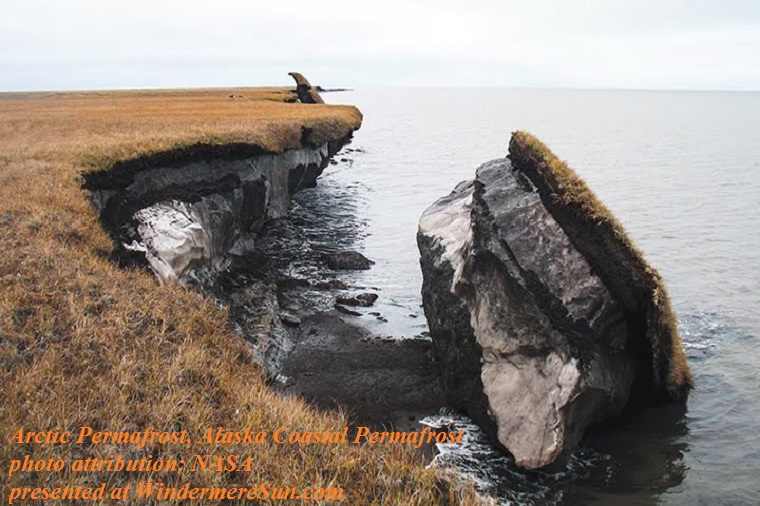 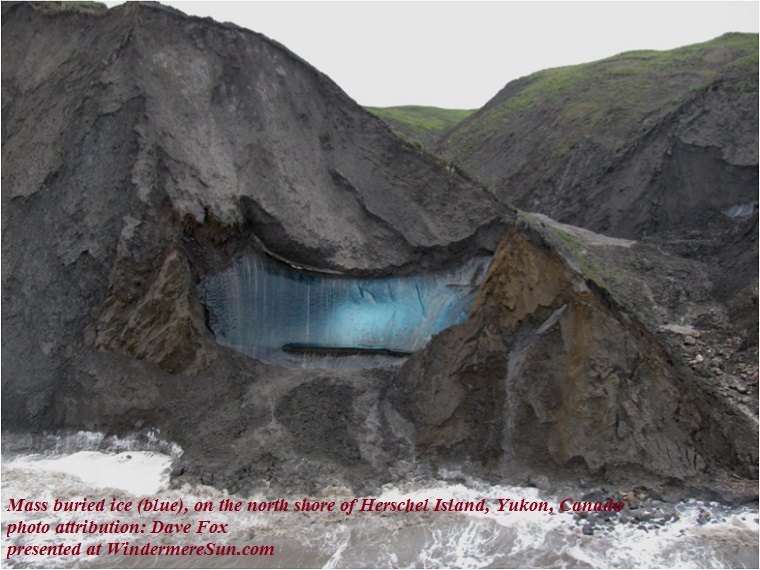 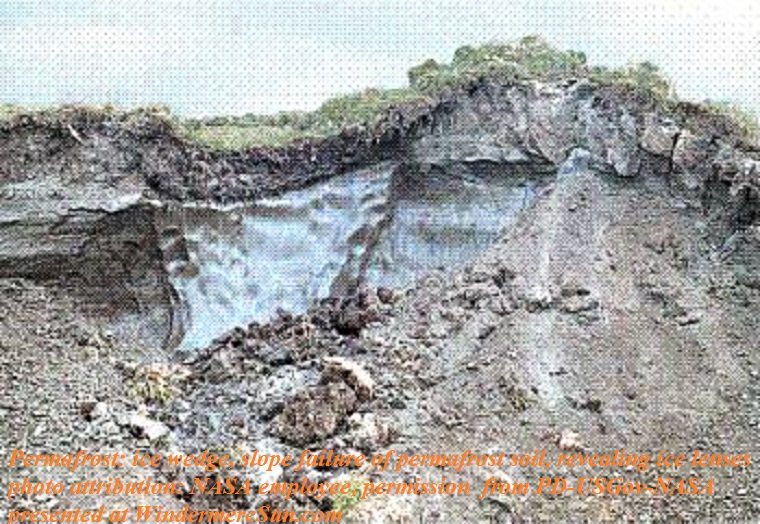 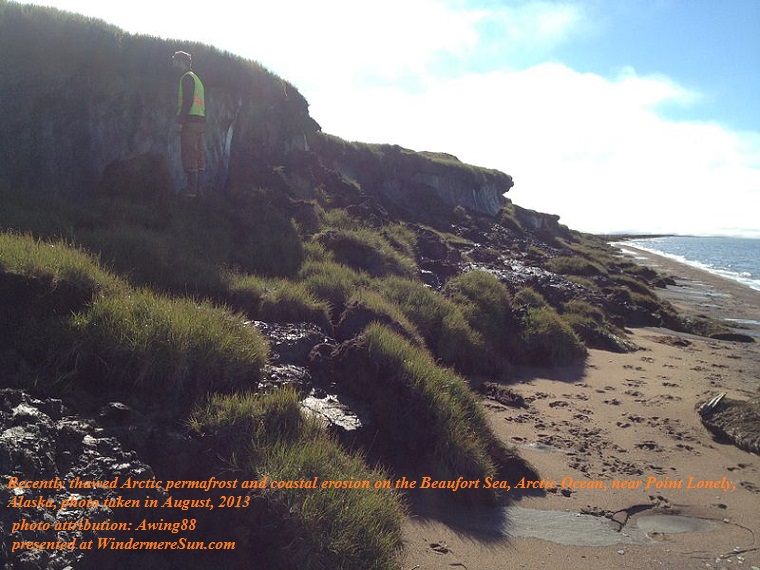 We’ve known for a long time that thawed Arctic permafrost would release much powerful greenhouse gases. Scientists estimated that five times as much carbon might be stored in frozen Arctic soils—permafrost—as has been emitted by all human activities since 1850. This worries people who study global warming. While emissions from permafrost currently account for less than 1 percent of global methane emissions, some researchers think this could change in dramatic ways as the world warms and that carbon-rich frozen soil breaks down.

Today, U.S. scientists and researchers revealed the discovery of permafrost in the northern hemisphere storing massive amounts of natural mercury (a potent neurotxin), a finding with significant implications for human health and ecosystem worldwide.  In geology, permafrost is ground, including rock or (cryotic) soil, at or below the freezing point of water 0 °C (32 °F) for two or more years. The Arctic’s frozen soil of permafrost also acts as a massive ice trap that keeps carbon in the ground instead of in the atmosphere. There are 32 million gallons worth of mercury (or the equivalent of 50 Olympic swimming pools) trapped in the permafrost, according to the scientists who published the study in the journal Geophysical Reserach Letters, a journal of the American Geophysical Union.

“As permafrost thaws in the future, some portion of this mercury will get released into the environment, with unknown impact to people and our food supplies,” said Kevin Schaefer, a scientist with the National Snow and Ice Data Center in Boulder, Colo., and a co-author of the study. The research was led by Paul Schuster, a scientist with the U.S. Geological Survey, and was co-authored by 16 other federal, university-based and independent researchers. These scientists performed their research by taking cores from permafrost across Alaska. They measured mercury levels and then extrapolated to calculate how much mercury there is permafrost across the glove  covering large portions of Canada, Russia, and other countries in northern hemisphere. “We figure that this represents the buildup of mercury during and since the last Ice Age.” Normally as plants die and decay, they would decompose and release the mercury back into the atmosphere. But plants in the Arctic often do not decompose fully  because their roots are frozen and become buried by layers of soil. This suspends the mercury within the plants and within the permafrost. So, how much of these mercury will be released would depend on how much the permafrost thaws resulting from volume of greenhouse gas emissions and subsequent warming of the planet. The permafrost thaw has begun is some areas. Scientists  project that, with the current emissions level, permafrost could shrink by 30% to 90% by 2100.
At the event/video below: How is climate impacting the Arctic, what does this mean & what can we do? hosted by The Woods Hole Research Center (WHRC), at the University of Alaska Fairbanks May 11, 2017. Professor of Geophysics Vladimir Romanovsky discusses the impact of Arctic permafrost thaw. Related http://permafrostwatch.org This video is an event excerpt, audio and video has been edited (additional media, contrast, sound effect, volume), you can watch the full event at https://www.youtube.com/watch?v=aZ0cW… Here at Windermere Sun, we always like to offer positive solutions and optimism,  so please visit and share these links below: