Will The Net Neutrality Be Repealed on December 14? 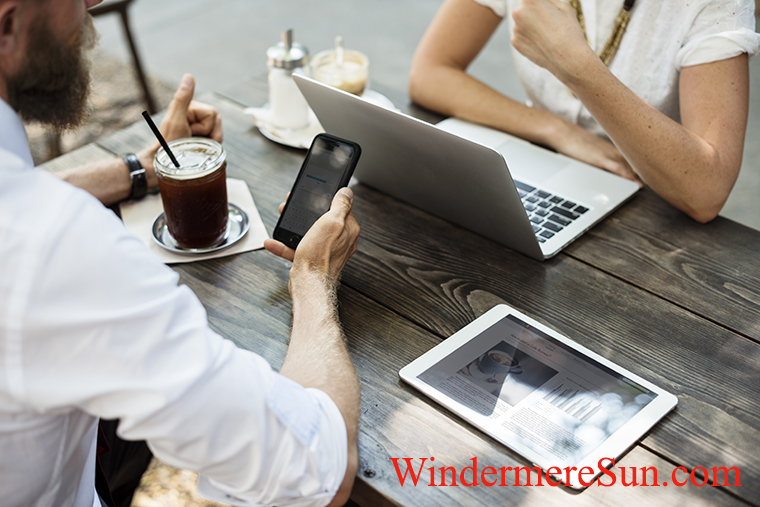 Business People hangout together at coffee shop, with laptop and mobil device (presented at WindermereSun.com) 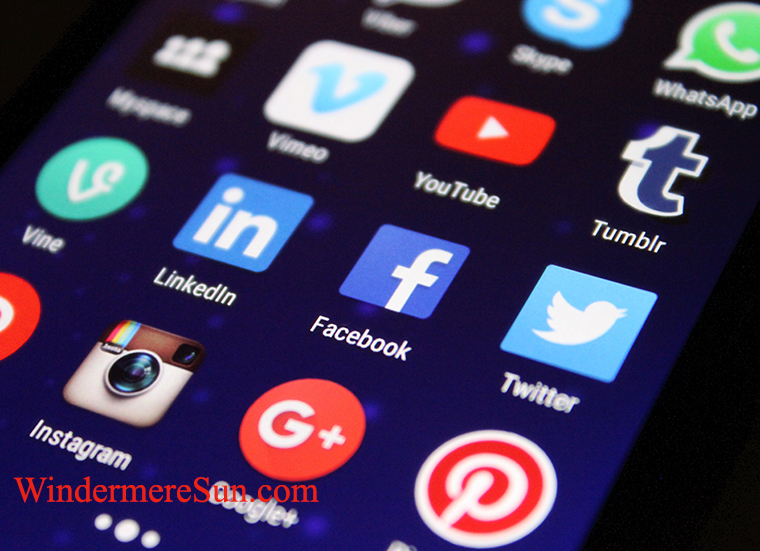 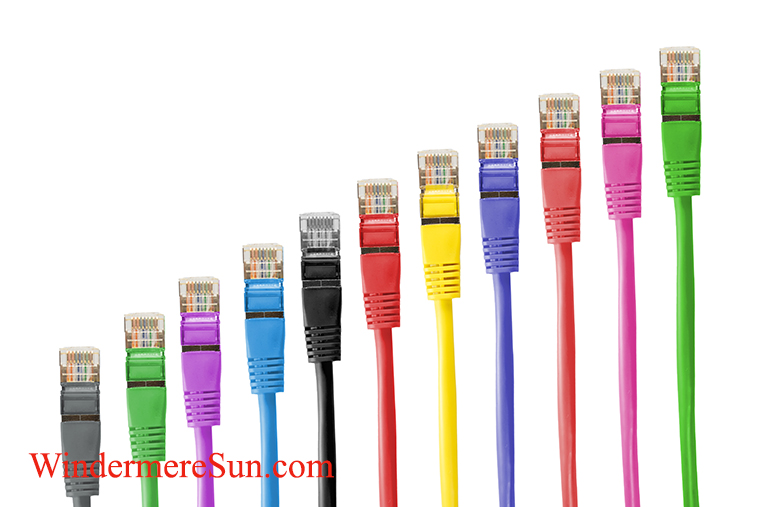 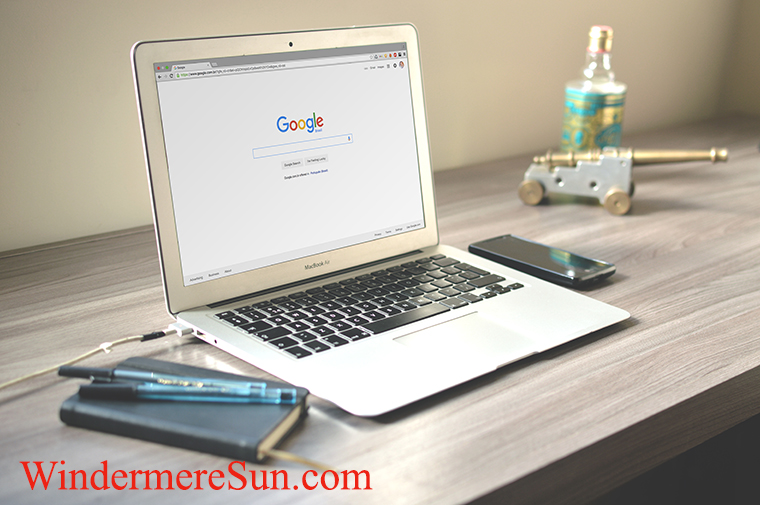 There has been extensive debate about whether net neutrality should be required by law in the United States. Debate over the issue predates the coining of the term. Advocates of net neutrality have raised concerns about the ability of broadband providers to use their last mile infrastructure to block Internet applications and content (e.g. websites, services, and protocols), and even to block out competitors. While opponents claim net neutrality regulations would deter investment into improving broadband infrastructure and try to fix something that isn’t broken.

Only a few U.S. technology trade associations and the U.S. financial sector were neutral as of 2006.

In 2014 Professor Susan Crawford, a legal and technology expert at Harvard Law School suggested that municipal broadband might be a possible solution to net neutrality concerns.

Equal access to online information is once again under serious threat. Below, John Oliver shares his view and encourages internet commenters to voice their displeasure to the FCC by visiting www.gofccyourself.com and clicking “express” to file your comment:


I’ve been hearing much debate and discussion about Net Neutrality lately. Do you know what it is about? Allow me to share with you its background and its specifics, via excerpt of wikipedia, below:

In the United States, net neutrality has been an issue of contention among network users and access providers since the 1990s. In 2015 the FCC classified broadband as a Title II communication service with providers being “common carriers”, not “information providers”.

Until 2015, there were no clear legal protections requiring net neutrality. Throughout 2005 and 2006, corporations supporting both sides of the issue zealously lobbied Congress. Between 2005 and 2012, five attempts to pass bills in Congress containing net neutrality provisions failed. Each sought to prohibit Internet service providers from using various variable pricing models based upon the user’s Quality of Service level, described as tiered service in the industry and as price discrimination by some economists.

In April 2014, the Federal Communications Commission (FCC) reported a new draft rule that would have permitted ISPs to offer content providers a faster track to send content, thus reversing its earlier net neutrality position. In May 2014, the FCC decided to consider two options: permitting fast and slow broadband lanes, thereby compromising net neutrality; and second, reclassifying broadband as a telecommunication service, thereby preserving net neutrality. In November 2014, President Barack Obama recommended that the FCC reclassify broadband Internet service as a telecommunications service. In January 2015, Republicans presented an HR discussion draft bill that made concessions to net neutrality but prohibited the FCC from enacting any further regulation affecting ISPs. On February 26, 2015, the FCC ruled in favor of net neutrality by reclassifying broadband as a common carrier under Title II of the Communications Act of 1934 and Section 706 of the Telecommunications Act of 1996. On April 13, 2015, the FCC published the final rule on its new “Net Neutrality” regulations. These rules went into effect on June 12, 2015. However, FCC chairman Ajit Varadaraj Pai proposed an end to net neutrality in April 2017, awaiting votes from the commission. It was later announced on November 21, 2017, that a vote will be held by FCC members on December 14 on whether to repeal the policy.

In January 2017, Ajit Varadaraj Pai was named by newly inaugurated president Donald Trump as the new chairman of the Federal Communications Commission. Pai, who objected to the Open Internet Order, quickly began to roll back some of the pro-consumer policies that had been implemented by the FCC during the Obama administration, and halted an investigation into the use of zero-rating by U.S. wireless providers. After his appointment, Pai stated that he planned to “modernize” FCC policies to “match the reality of the modern marketplace”, but was unsure over whether the FCC would continue to enforce the net neutrality rules or Title II classification of broadband services.

In an interview on May 5, 2017 with NPR, Pai stated his argument against net neutrality enforcement rules to be only about focusing on fixing actual anti-competitive behavior that Internet providers show as opposed to just “regulating against hypothetical harms.”  Another argument he makes against this is that when the government inserts itself into the Internet’s issues then it stifles its innovation and growth. He argues that it is impossible to predict all outcomes, and although some might be bad, it is not a good idea to put such strict restrictions on everyone when there are only a few companies who would harm consumers or innovators. He believes that strict net neutrality rules would “prohibit a number of pro-competitive business arrangements” and “would reduce investments.”

In April 2017, it was reported that Pai had proposed that the net neutrality rules and Title II classifications be rolled back, that ISPs should instead “voluntarily” commit to the principles, and that violations of them should be enforced by the Federal Trade Commission instead of the FCC as unfair or deceptive business practices. On April 29, 2017, a clearer understanding of the latest proposal to compromise net neutrality has been described.


On May 18, 2017, the FCC voted to move forward with Pai’s Notice of proposed rulemaking (NPRM) on “Restoring Internet freedom” by rolling back net neutrality regulations. The official “Comment Date” is July 17, 2017, with the “Reply Comment Date” being August 16, 2017.

The primary argument in this NPRM is that the “Title II Order” (on net neutrality) has pushed the major telecoms to reduce their capital expenditures (CapEx) in new infrastructure, thereby threatening the future of the nation. For this, they cite the less than $1 billion reduction from 2014 to 2015 in CapEx reported by the USTelecom and similar figures from industry consultant Hal Singer. 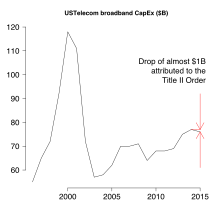 However, the accompanying plot of the USTelecom data cited (but not plotted) in the NPRM raises questions about whether the Title II Order generated a major reduction in Telecom Capex following the FCC’s 2015 Title II Order on net neutrality: Roughly three quarters of the annual changes between 1996 and 2015 were larger. That change could easily be attributed to any number of other changes. The New York Times claimed that the majority on the FCC had to cherry-pick their data to support their conclusion. In her dissent to this NPRM, Commissioner Clyburn wrote, “I have yet to see a credible analysis that suggests that broadband provider capital expenditures have declined as a result of our 2015 Open Internet Order. … Using the same logic that the NPRM uses, one could suggest that the FCC’s classification of cable modem service as an information service in 2002 resulted in an even more precipitous drop in broadband provider investment.”

Over 1,000 startups and investors have signed an open letter to Pai opposing the proposal. As of May 24, 2017, the FCC’s website has received over 2.6 million comments from the public. After the commenting period, the proposal is expected to be revised and put to a final vote later this year. On May 23, Fight for the Future reported they had ‘received a cease and desist order from Comcast’s lawyers, claiming that Comcastroturf.com … violates Comcast’s “valuable intellectual property.” The letter threatens legal action if the domain is not transferred to Comcast’s control. “This is exactly why we need Title II net neutrality protections that ban blocking, throttling, and censorship,” said Evan Greer, campaign director of Fight for the Future, “If Ajit Pai’s plan is enacted, there would be nothing preventing Comcast from simply blocking sites like Comcastroturf.com that are critical of their corporate policies”.’

In early June, Battle for the Net, a coalition spearheaded by Fight for the Future, Free Press Action Fund, and Demand Progress, announced a “Massive day of action” for July 12. Over 50,000 websites, including many organizations participated in what Fight for the Future called “the largest online protest in history“.

On June 15, 2017, Gigi Sohn, who had previously served as a top counselor to then-FCC Chairman Tom Wheeler, published “4 steps to writing an impactful net neutrality comment (which you should do)”:

On November 21, 2017, FCC chairman Pai unveiled plans to repeal the net neutrality policy in the United States. A vote will be held on December 14, 2017, with a 3–2 party-line vote expected to approve the repeal.

Organizations that support net neutrality come from widely varied political backgrounds and include groups such as MoveOn.org, Free Press, Consumer Federation of America, AARP, American Library Association, Gun Owners of America, Public Knowledge, the Media Access Project, the Christian Coalition, and TechNet. Tim Berners-Lee (the inventor of the World Wide Web) has also spoken out in favor of net neutrality. In May 2014, some websites admitted to inserting code that slowed access to their site by users from known FCC IP addresses, as a protest on the FCC’s position on net neutrality.

Proponents of net neutrality, in particular those in favor of reclassification of broadband to “common carrier”, have many concerns about the potential for discriminatory service on the part of providers such as Comcast. Common-carriage principles require network operators to serve the public regardless of geographical location, district income levels, or usage. Telecommunications companies are required to provide services, such as phone access, to all consumers on the premise that it is a necessity that should be available to all people equally. If the FCC’s ability to regulate this aspect is removed, providers could cease to offer services to low income neighborhoods or rural environments. Those in favor of net neutrality often cite that the internet is now an educational necessity, and as such should not be doled out at the discrimination of private companies, whose profit-oriented models cause a conflict of interest.

Outside of the US several countries have removed net neutrality protocols and have started double charging for delivering content (once to consumer and again to content providers). This equates to a toll being required for certain internet access, essentially limiting what is available to all people, in particular low income households.

Large already well established companies may not be hurt by the cost increase that providers such as Comcast intend to levy upon them, but it would permanently stifle small businesses and the internet’s ability to encourage start-ups. Many have pointed out that sites such as Facebook, Google, and Amazon would not have been able to survive if net neutrality hadn’t been in place. Concerns abound as to what kind of long term damage would be inflicted on future website innovations, including educational content such as MIT’s OpenCourseWare which is a free website offering online video lectures to the public.

Internet was created to be a free and open exchange. If you prefer equal access to online information and want to express your displeasure or comments regarding the repeal of net neutrality, please visit www.gofccyourself.com and click on “express” to file your comment.

Much remains to be seen. Stay informed!